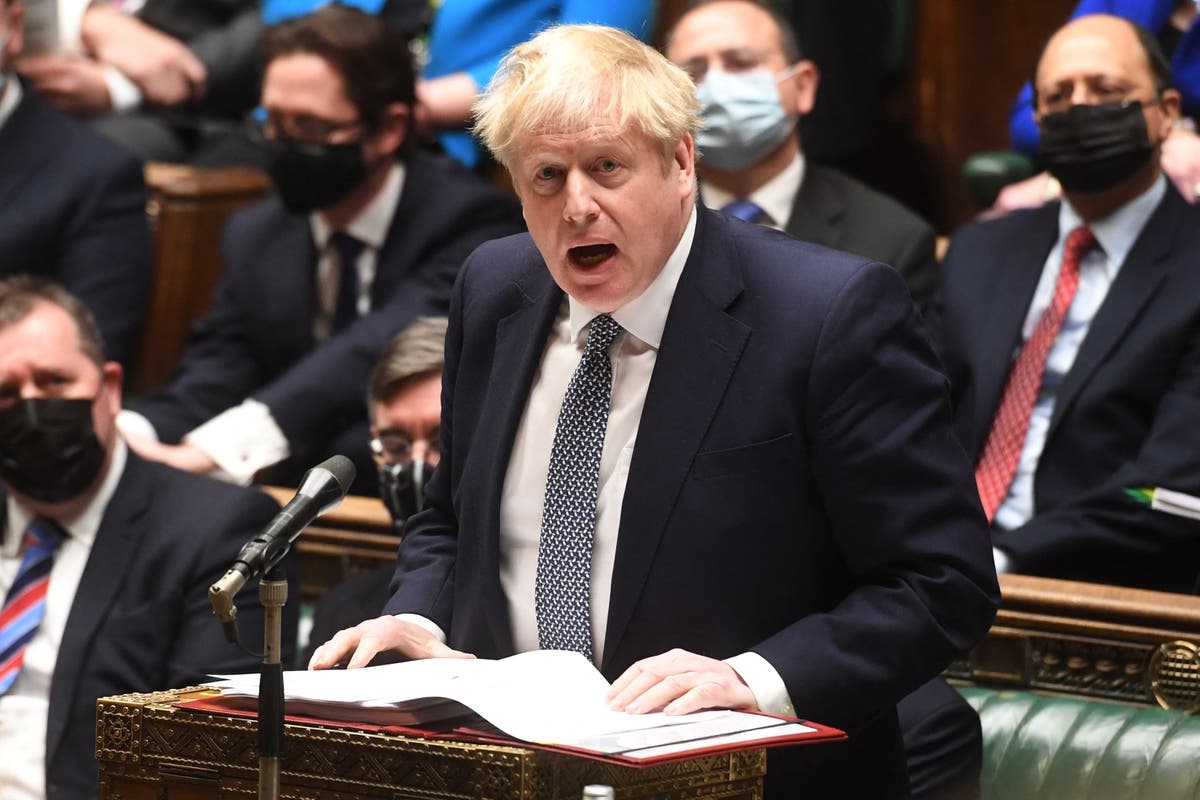 Boris Johnson has been accused of giving a speech during a departure for his defense adviser in December 2020 when Covid restrictions were in place.

The Prime Minister has been embroiled in an ongoing scandal over a number of parties held in Downing Street as the public was told to obey social distancing rules.

According to The mirror, Mr Johnson attended Captain Steve Highams going away party for a few minutes during which he gave a speech thanking him for his service. The newspaper said a small number of No 10 staff briefly said goodbye.

Although the exact date of the departure is not revealed, it is believed to have taken place close to Christmas, when London was under Covid rules.

At the time, people were advised to work from home where possible and separate households were not allowed to mix indoors unless one household was linked to another as part of of a social bubble. These rules came into effect on December 2, 2020.

The number of people allowed at weddings, funerals and wakes was also severely limited.

On December 19, Mr Johnson stood at his lectern to announce the toughest measures and told the public that the number of Covid cases was rising rapidly in London and surrounding counties despite the tough restrictions already in place.

Tier 4 rules saw non-essential shops and services closed, people said they couldn’t meet more than one other person outdoors, leave Tier 4 areas, spend the night away from home or leave the country.

As the Partygate scandal escalates with frequent new accusations of lockdown-breaking parties, senior civil servant Sue Gray has been tasked with investigating the allegations.

The telegraph reported that Mr Johnson has now been questioned by Ms Gray about the allegations and has shared with her what he knows ahead of the publication of a report on his findings.

Mr Johnson claimed he did not know in advance of a No 10 garden party on May 20, 2020, but admitted to attending as he spoke in the House of Commons last week. But a columnist accused him of lying, citing people who had worked with Mr Johnson who allegedly said he knew about the party before it took place.

Sunday timeColumnist Dominic Lawson claimed at least two people had warned Mr Johnson that an email invitation sent to staff by his Principal Private Secretary Martin Reynolds made it clear it was a party and that it had to be canceled immediately.

Mr Lawson added: I was told Johnson’s dismissive response was to say they were overreacting and praising Reynolds as my trusty Labrador.

I then asked someone who had known the Prime Minister for decades what could have made him adopt such an approach (other than natural hospitality and affability). His immediate response was: It’s because deep down he obviously thought the rules were ridiculous, so why should he follow them?

The shocking allegations could mean the Prime Minister could be accused of breaking cabinet code by misleading MPs when he apologized and insisted the party was a business event.

Downing Street has insisted it is untrue that Mr Johnson knew about the party before it happened.

It comes after it emerged over the weekend that his wife Carrie Johnson was pictured breaking Covid social distancing rules in September 2020 when she celebrated her friends’ engagement. She said she regretted her error in judgement.

Andrew Bowie, Conservative MP for West Aberdeenshire and Kincardine, said the atmosphere within the Conservative Party is a mixture of shame, anger and disappointment as the Partygate saga continues.

The former party deputy chairman told BBC Radio 4s Westminster Hour that he intended to wait for the publication of Ms Grays’ inquiry before deciding what to do next.

Mr Bowie also said: There is a lot of unease and discomfort on the Conservative benches where we are now.

West Dorset MP Chris Loder said he had received a huge number of emails from constituents about the scandal and suggested parties had questioned the moral authority of the government.

MP Robert Syms said he was considering submitting a letter of no confidence in Mr Johnson’s leadership. It comes after MP Tim Loughton said he had “regretfully come to the conclusion that Boris Johnson’s position is now untenable”.

A number of MPs sent such correspondence to the influential 1922 committee of backbenchers.

Letters from 54 MPs 15% of the total number of Conservative MPs are needed to trigger a challenge to the PM leadership.

The famine crisis in AfghanistanExBulletin

Djokovic arrives in Dubai after being deported from Australia | Tennis News