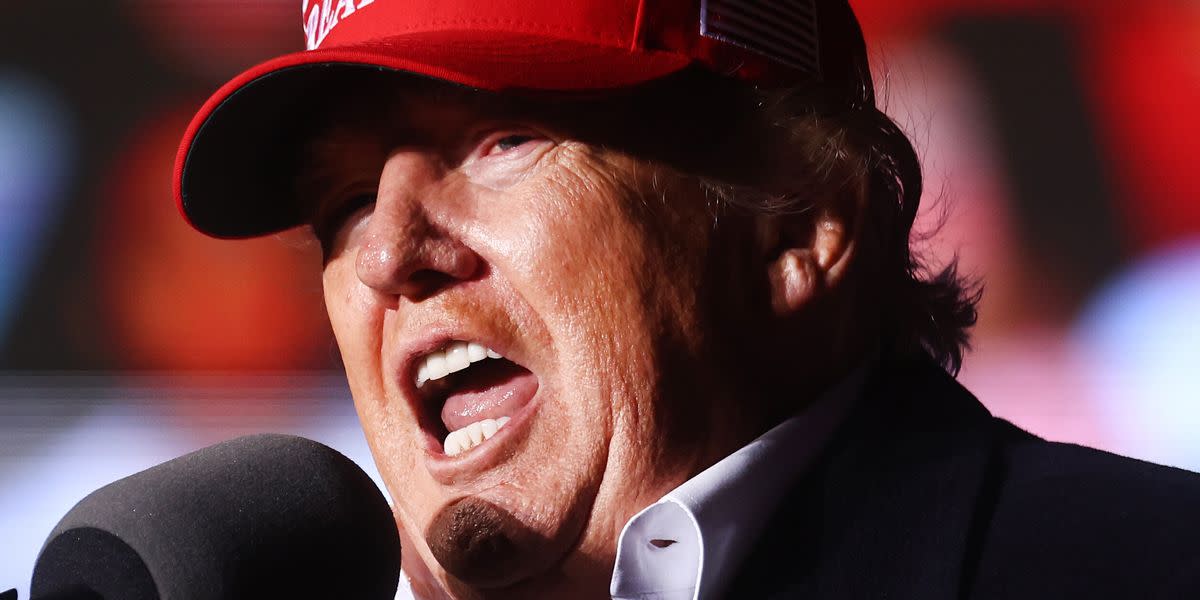 Donald Trump is said to be increasingly annoyed by a potential 2024 rival for the Republican presidential nomination: Florida Governor Ron DeSantis.

He says DeSantis lacks personal charisma and has a lackluster personality, an unnamed source told Axios.

While several potential Republican candidates for 2024 have publicly stated they would not seek the nomination if Trump runs for a third time, DeSantis was not among them.

I wonder why the guy won’t say he won’t run against me, Trump reportedly told his associates, according to The New York Times.

That lack of deference appears to have led to Trump’s attack on gutless politicians last week, in what many believe was a thinly veiled attack on DeSantis.

That moment came during an interview with the far-right One America News in which the former president said he received a booster shot for the coronavirus and called out GOP politicians who also received the booster shot. injection but won’t admit it,

They don’t want to say it because they are gutless, Trump said. You have to say it, whether you got it or not, say it.

DeSantis is among those who dodged the question.

The Times said Trump was particularly unhappy because he believed his early endorsement helped DeSantis win the governorship in 2018, and that DeSantis stood no chance in the race without the then president’s help.

Trump allies have warned DeSantis not to test the former president.

Roger Stone said last year he could spoil DeSantis’ re-election bid this year by running against him as a Libertarian candidate … but will back down if DeSantis pledges not to run against Trump in 2024.

Trump himself has publicly stated that he is not worried.

DeSantis has not said whether he intends to run for president.