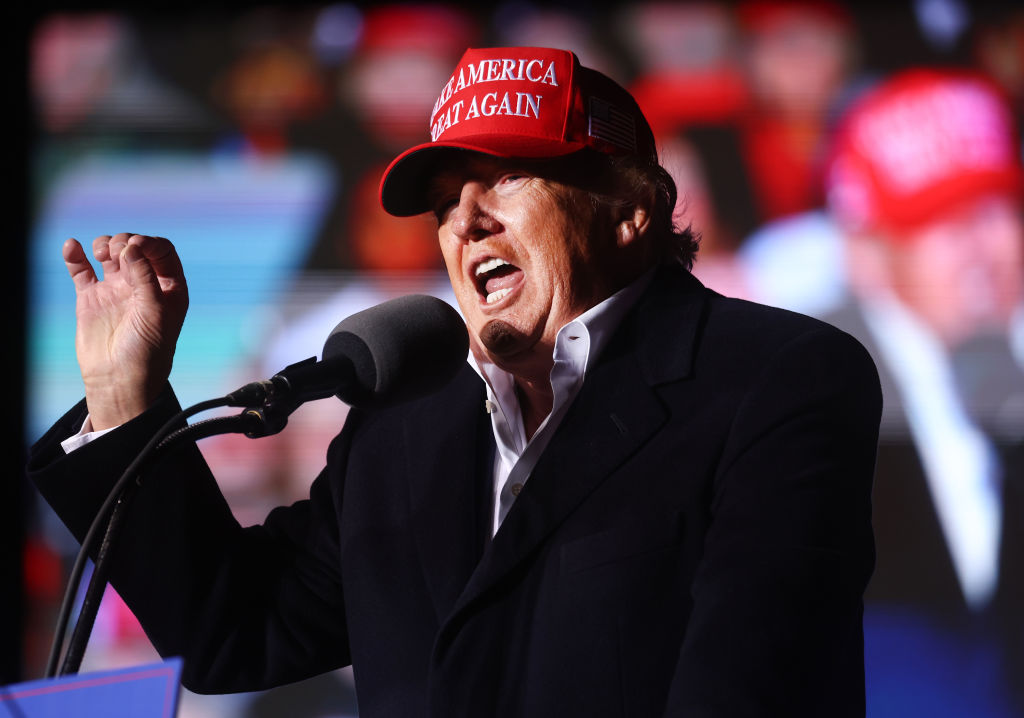 Former President Donald Trump blasted President Joe Biden’s handling of the COVID-19 pandemic and even tried to emulate the president’s voice during his rally in Arizona on Saturday.

At a “Save America” ​​rally in Florence, Trump said people knew Biden “wouldn’t be so good, but few could have imagined he would be such a disaster for this country,” Business reported. Insider.

Donald Trump imitates Joe Biden at a rally in Arizona

Donald Trump then noted that there are four times as many COVID cases now. The former president continued, mimicking Biden’s voice, and said, “Remember, I’m gonna get rid of COVID.”

It appeared that Trump was referring to COVID cases before Labor Day weekend last September, which were four times higher than the same time in 2020. Trump also moved his fist in a way that seemed to mimic Biden’s gestures.

Newsweek reported that a clip of Trump’s speech, which included the mime, has been viewed more than 50,000 times since it was shared to Twitter by Newsmax.

Trump’s attempt to poke fun at the president won the crowd’s approval. Many rally participants could be heard laughing briefly in response.

A former Arizona news anchor and gubernatorial candidate, Kari Lake, gave one of the opening speeches at Donald Trump’s rally.

Trump opened the rally by saying, “The big lie is a lot of bulls***,” the Independent reported. He explained how he won the election and continued to claim he won the 2020 presidential race.

Trump also dismissed concerns about the Jan. 6 attack on the Capitol by a mob of his supporters. He repeated allegations of impropriety and said Democrats used measures during the pandemic to use mail-in voting to steal the election.

“Why don’t they investigate on November 3 a rigged and stolen election…People are very angry. They were duped and they found out what happened,” Trump noted.

The former president has also promoted conspiracy theories regarding the election. He touted the conspiracy theory that Ray Epps was a government informant and tricked people into entering the Capitol. Epps was previously on the Federal Bureau of Investigation’s most wanted list.

Trump also expressed sympathy for some rioters who are currently jailed awaiting trial for their actions on the US Capitol. He said these people are “currently living in hell.”

Trump added that the toilets are horrible and called on people to detain rioters if they believe they are innocent.

The former president also showed sympathy for Ashli ​​Babbitt, a rioter shot dead by a Capitol police officer after storming the building.

Besides Joe Biden, Donald Trump has also targeted New York State Attorney General Letitia James, who has expressed a desire to prosecute Trump on longstanding fraud charges. James is currently involved in a case suing the Trump Organization over allegations of fraud.

According to Cyber ​​Ninjas, a company hired by Republicans to review the vote in Arizona, Donald Trump lost the state by about 10,500 votes.

READ MORE: Justice Department charges Steve Bannon with contempt of Congress for refusing to comply with subpoena against Capitol Riot

2022 Latin Post. All rights reserved. Do not reproduce without permission.

The province will issue a reassessment of the current alarm level