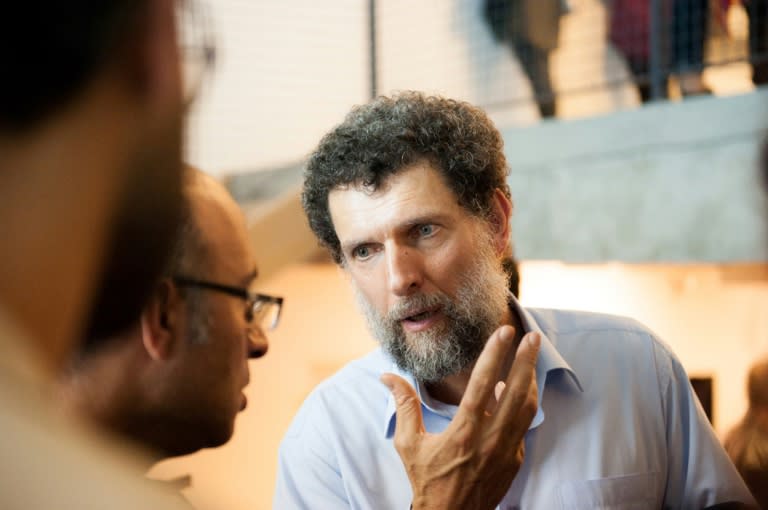 A Turkish court on Monday extended the detention of a civil society leader whose case has put Ankara on a collision course with Europe’s top human rights body and its Western allies.

Philanthropist Osman Kavala has been detained without conviction since October 2017 for allegedly funding anti-government protests in 2013 and playing a role in an attempted coup against President Recep Tayyip Erdogan in 2016.

The 64-year-old’s supporters see his fate as a symbol of the purges Erdogan launched after the coup attempt.

The Council of Europe – a human rights organization which Turkey joined in 1950 – followed that up by launching formal infringement proceedings against Ankara last month.

He also gave Turkey until Wednesday to release Kavala or provide legal justification to keep him behind bars.

The Istanbul court did neither during a hearing on Monday attended by observers from the European Union and nine Western countries.

The court has scheduled the next hearing for February 21.

“President Erdogan seems ready to be subject to the sanction process,” she added. “It’s very destructive for Turkey and international human rights law.”

Kavala’s case has become a growing irritant in Turkey’s complex ties with the West.

A call by 10 Western countries last October – including the United States and major European powers – for Turkey to release Kavala sparked a diplomatic standoff that nearly saw Ankara expel its ambassadors.

The German government stressed on Monday that it was following the case closely.

“We will turn our attention to the hearing in Istanbul with the many people who care about the protection of human rights in Europe,” the German government’s commissioner for human rights said in a statement tweeted by the media. embassy in Ankara.

Council of Europe infringement proceedings against Turkey could last for months or even years.

But they could ultimately see Turkey losing its right to vote or even being kicked out of the pan-European rights body.

Turkey’s foreign ministry said it viewed the council’s actions – launched only once before against one of its 47 member states – as “interference” in an ongoing legal case.

He also pointed to Turkey’s withdrawal last year from a convention protecting women from domestic violence and Erdogan’s “rollback” from LGBTQ rights.

No vaccine, no French Open for Djokovic as rules tighten