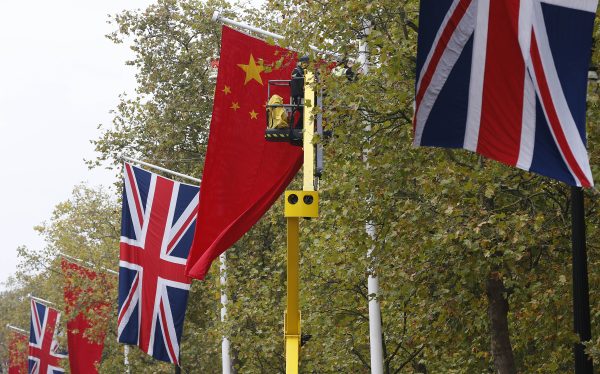 British government intelligence has harnessed the power of the media to try to shield the state from Chinese interference.

In an almost unprecedented move, MI5, the UK’s specialist counter-intelligence agency, chose to call in a suspected Chinese spy, who it says made payments to politicians.

The warning about Christine Ching Kui Lee, a lawyer who runs a law firm in London, was accompanied by her photograph, which ensured her face featured prominently on websites and social media, even though she didn’t. had neither been arrested nor charged with any crime. Enthusiastic journalists stepped in to add new twists to the story. The next day the newspapers were filled with many comments and analyses, as well as much hearsay and speculation.

A key allegation is that Lee donated £420,000 ($572,000) to a senior Labor MP, Barry Gardiner, who employed his son, Daniel Wilkes, as a member of his parliamentary staff.

MI5 has warned that anyone contacted by Lee should be aware of their affiliation with the Chinese state and committed to advancing the CCP’s agenda in British politics.

The warning was issued in the form of an alert which was sent by MI5 to the Speaker of the House of Commons, Lindsay Hoyle, who chose to pass it on to all MPs ensuring immediate press attention.

In his memo, Hoyle said: I am writing now to bring to your attention the attached interference alert issued by the Security Service, MI5, regarding the activities of an individual, Christine Lee, who engaged in political inference activities on behalf of the Communist Party of China, engaging with members of parliament and associated political entities, including the former APPG (All Party Parliament Group) Chinese In Britain.

Hoyle said Lees’ donations were made secretly to hide where the payments came from. This is clearly unacceptable behavior and steps are being taken to ensure it stops, he added.

The Chinese Embassy in London said in a statement that China does not interfere in other countries’ internal affairs. In Beijing, the spokesperson for the Ministry of Foreign Affairs Wang Wenbin said China does not need to engage in so-called interference activities.

Maybe some people, after seeing too many James Bond movies, imagine connections where there are none. It is deeply irresponsible to make unfounded sensational remarks based on subjective guesswork, Wang said.

Gardiner, the MP at the center of the scandal, said he was angry and distressed at being targeted and insisted the donations were used to fund research and did not benefit him personally.

However, some journalists have uncovered examples of Gardiner’s pro-China stance on sensitive issues, including his support for Chinese investment in Britain’s nuclear industry.

The Times newspaper also revealed that Christine Lee has spoken publicly in support of the Chinese Communist Party’s crackdown on pro-democracy protests in Hong Kong. The newspaper added that she was involved in a fundraising event for Britain’s Conservative Party, led by embattled Prime Minister Boris Johnson.

This case underscores the fact that China poses a serious and insidious threat to our democracy and we must ask our politicians, academics and journalists to be vigilant against the CCP’s efforts to buy influence and other forms of influence. infiltration, said Steve Tsang, director of SOAS China. Institute of the University of London, told The Diplomat.

Tsang added that China’s efforts to influence Western democracies have focused on training members of parliament, especially when a newcomer or a leading figure from an opposition party appears to be on the right track to become a Minister of State at a later stage.

Similar efforts by the Chinese government to gain influence have been uncovered in Australia.

Although all the facts are still known, this case echoes similar episodes in Australia: donations to political parties and politicians from Chinese citizens and Australian citizens associated with the CCP in an attempt to generate statements and pro-China political positions, noted Dr. Bates. Gill, professor of security studies at Macquarie University in Sydney.

However, Australia and the UK are not alone in this. The United Front Work Department actively cultivates politicians and opinion makers around the world, said Gill, who is also a senior research associate at the Royal United Services Institute in London.

In the United States, intelligence agencies have taken an increasingly publicized stance on China. In 2018, the US Department of Justice unveiled its China initiative, intended to combat the theft of trade secrets and other forms of economic espionage carried out by or for the benefit of the Chinese government. Director of the FBI Christophe Wray said that the bureau opened a new China-related counterintelligence case approximately every 10 hours.

Beginning under President Trump and continuing under President Biden, the United States has launched a very public, whole-of-government effort to push back against Chinese influence and espionage activities, Gill said. This has included scrutiny of university research programs, the closure of the PRC consulate in Houston and, as in the UK, the designation of Chinese media as agents of the PRC.

In 2020, the British government deported three Chinese citizens who worked in Britain on journalists’ visas, claiming they had been involved in espionage.

These expulsions were carried out quietly, but since then British intelligence spymasters appear to have been encouraged by their well-heeled American counterparts to become more public when voicing their concerns about China.

In December 2021, Richard Moore, the head of MI6, said the rise of China was his foreign intelligence agency’s biggest priority. He claimed Beijing was carrying out espionage activities against the UK, with a focus on the government and those involved in the tech sector.

According to SOAS’ Tsang, under Xi Jinping, China now requires members of the Chinese diaspora to be loyal to mother China. But he warned it would be wrong to see a Communist Party operative in every Chinese stock, as most overseas Chinese ignore Xi and support democracy. I fear that a violent reaction against them will allow the Communist Party to recruit agents.

In the United States, for example, the China Initiative has been criticized as a race-based witch hunt, subjecting Chinese researchers to a lengthy legal ordeal based on little evidence. In the first case to go to trial, a judge acquitted the defendant of all charges, and the DOJ charges recently dropped in another high-profile case against an MIT-based scientist. A letter signed by 177 Stanford University faculty members urged the DOJ to end the China Initiative, warning that it harms the competitiveness of research and technology in the United States and that it fuels prejudices which, in turn, raise concerns about racial profiling.

Gill also warned against the alienation of ethnic Chinese. In my opinion, members of the Chinese diaspora are more often the target of CCP influence activities and, in this sense [they] know better than anyone how to withstand pressure, he says.

In terms of media coverage of British politics, another scandal has taken precedence over accusations against Christine Lee and MI5 concerns about Chinese influence.

The media is transfixed by Prime Minister Boris Johnson’s attempts to cover up parties being held at his official residence, 10 Downing Street, during the coronavirus lockdown. After weeks of bad publicity, there is now an open revolt within the Conservative Party. Several members called on Johnson to resign and a former supporter defected to the Labor side of the opposition.

The turmoil will inevitably delay parliament from agreeing on complex legislation relating to the role of lobbyists, or reforming the Official Secrets Act to make it easier to prosecute foreign spies.

Faced with formidable obstacles to strong political action, the intelligence services seem to have decided to accelerate the process of exposing China by taking matters into their own hands, with the support of the speaker of parliament. The press was delighted to have another scandal to fill its pages, alongside the partygate saga, which could topple the British Prime Minister.