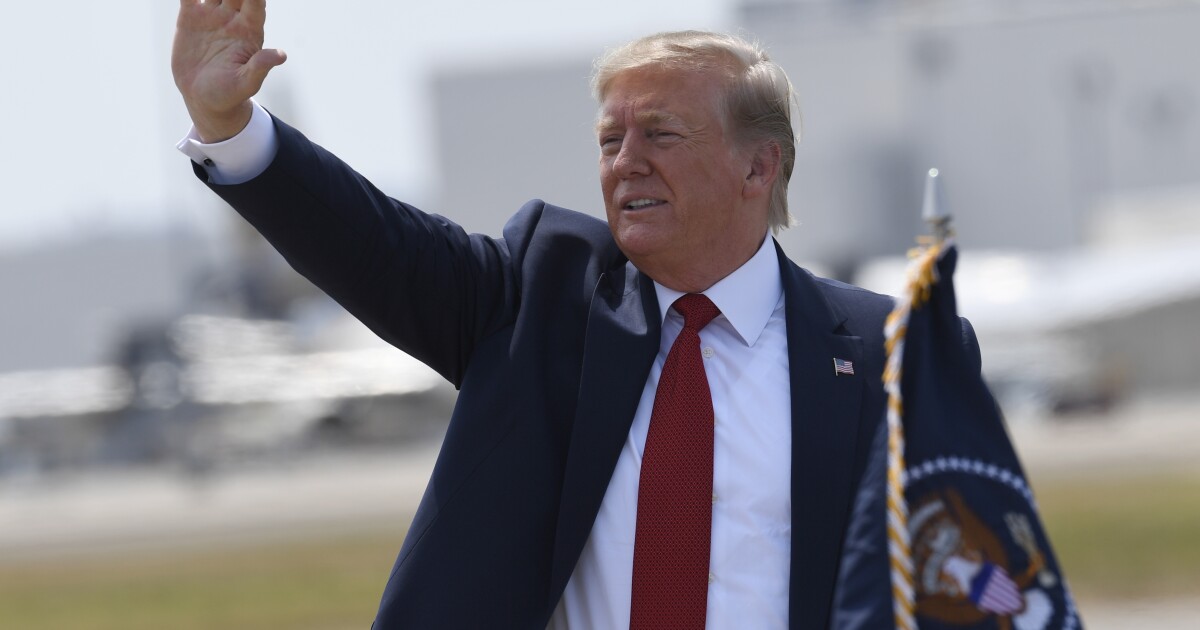 On January 6, 2021, Arizona lawmaker Mark Finchem, a seasoned peddler of crazy conspiracy theories, stood outside the US Capitol and tweeted his support to the crowd seeking to overturn Joe Bidens’ victory.

What happens when people feel they have been ignored and Congress refuses to acknowledge rampant fraud, Finchem wrote, pushing the election lie hatched in Trump’s White House.

Back home, Finchem not only supported the supposed audit of Bidens’ 2020 Arizona victory, but also found a way to make a quick buck with the Maricopa County Clown Show by selling t -shirts stating “#Proveit.

So naturally, when it came time to back a candidate to oversee future elections in Arizona, Donald Trump went all-in for Finchem, who marinates in QAnon Kool-Aid when he’s not hanging out with members of the right-wing Oath Keepers militia. . .

A tough, smart man who loves our country, the former president said at his recent rally in the Arizona desert.

It would be funny if it weren’t so scary.

Finchem, a four-term member of the Arizona House, is part of a broader effort by Trump and his cronies to hijack the country’s election machine by handing the polls to loyalists in key states.

In several of 2020’s hardest-fought battlegrounds, Nevada, Georgia, Michigan and Wisconsin, as well as Arizona, Trump followers are running for secretary of state, a usually obscure office that has gained considerable prominence as the country’s fundamental principle of free and fair elections comes under mounting attack.

Across the country, there are more than a dozen Republican candidates vying who question the legitimacy of Bidens’ irrefutable election.

If you think the Trump-wrought chaos that followed the last campaign was bad, 2024 could be a whole lot worse. It’s the difference between someone who is thwarted as they attempt to break in and ransack a house and someone who is given the keys to loot and then set the house on fire from the inside.

The takeover attempt is separate from legislative efforts, fueled by Trump’s speeches about alleged voter fraud, which make it harder to vote. In many ways, it’s even more insidious.

In most states, the Secretary of State is responsible for administering elections from the local level to the White House, including how votes are cast and, importantly, how they are counted. This person is usually the official in charge of certifying the final result.

That’s why Trump called Georgia Secretary of State Brad Raffensperger and urged him to find 11,780 votes, enough to overturn Bidens’ narrow victory in the Republican-leaning state. The Atlanta District Attorney is calling for a grand jury investigation into the actions of Trump and others who sought to intimidate Raffensperger and undermine the election.

By refusing to follow, the incumbent landed a Trump-endorsed challenger, Rep. Jody Hice, who was among 147 GOP lawmakers in the House who declined to certify Bidens’ Jan. 6 victory. Hice called the insurrection our 1776 moment, smearing both himself and the glory attached to that date in history.

In Nevada, Hices’ political soulmate is Jim Marchant, a former state assemblyman and candidate for secretary of state who has personal credibility when it comes to making up election gimmicks. : He sued unsuccessfully after losing a 2020 congressional race, making false allegations of voter fraud.

Marchant recently told Stephen K. Bannon, the podcaster, former White House strategist and accused con man Trump pardoned, that a coalition of Republicans were working behind the scenes to try to fix 2020 as President Trump has said. .

Distorted verbiage aside, consider this statement a warning. Given the scant attention given to the races of the secretaries of state and the generally low turnout, Trump’s endorsement could carry considerable weight in the Republican primaries. In some states, that might be enough to get elected. Then, agents of ex-presidents could cause all sorts of chaos: lawsuits, endless audits, voting restrictions and partisan interference, all disguised as administration and surveillance.

Last but not least, Trump loyalists would also have the ability to overturn election results they don’t like.

In Arizona, House Democrat Leader Reginald Bolding is one of several candidates running against Finchem for secretary of state in an open-seat contest. (GOP lawmakers reduced the office’s powers after Democrat Katie Hobbs pushed back against Trump’s bogus fraud allegations. She’s now a gubernatorial candidate.)

In his announcement video, Bolding stated the obvious: elected leaders should win based on their ideas, not their ability to outsmart the system.

The fact that this principle is even questioned testifies to the difficult times in which we live.