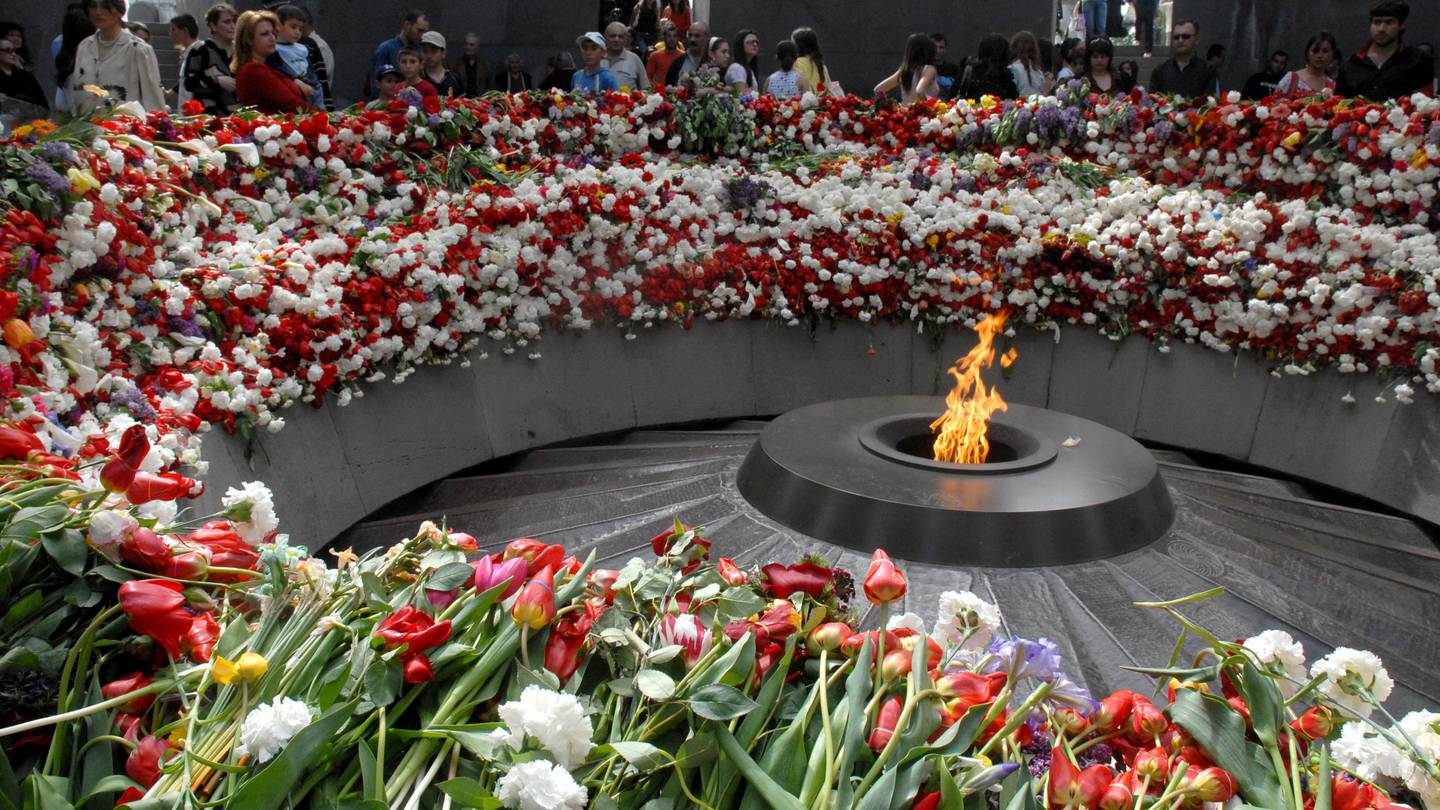 On the home front, Turkish President Recep Tayyip Erdogan is stepping up his rhetoric, threatening after last week’s Friday prayers to rip out the tongues of those who speak ill of the Prophet Adam, referencing a five-year-old song by Turkish pop star Sezen Aksu.

Yet beyond the country’s borders, the longtime Turkish leader is betting on harmony. If we are going to do politics, it cannot be done through confrontation, Erdogan said last week, citing emerging plans for the Israeli president to visit Turkey for the first time in 15 years. We must pursue politics on the road to peace.

Turkish officials say Russia and Ukraine have shown interest in Ankara’s offer to host peace talks, as some 120,000 Russian troops linger along the Ukrainian border awaiting instructions from Moscow.

But Turkey’s most significant rapprochement may be with Armenia. Although they share a 311 kilometer border, the two have never had a formal relationship. Divided by religion and conflicting origin stories, Ankara and Yerevan have long clashed over what happened in southeastern Anatolia before, during and after World War I.

The latter is convinced that 1.5 million Armenians were intentionally killed by Ottoman forces in a genocide, while the former admits that many Armenians died but argues that all sides suffered significant losses in human lives during the bloody years of conflict.

Many observers thought the double whammy of Armenia losing the Nagorno-Karabakh war to Turkish-backed Azerbaijan in late 2020 and US President Joe Biden officially acknowledging the Armenian Genocide six months later would push them further apart. . But in recent weeks, almost out of the blue, the two have embarked on a campaign of normalization, their third such attempt since the fall of the Soviet Union.

The first collapsed in April 1993 after Armenian forces occupied the Kelbajar region of Azerbaijan, sparking the first Karabakh conflict. Then in October 2009, the foreign ministers of the countries signed agreements establishing diplomatic relations. But the following year, Erdogan decided not to endorse them due to pressure from Baku over the Karabakh stalemate.

The first rumors of this latest effort came last month, when the two sides appointed special envoys to oversee negotiations, although Serdar Kilic, 64, is slightly more experienced than Armenia’s envoy Ruben Rubinyan, 31. . In mid-January, they met for positive and constructive talks in Moscow, the first high-level diplomatic encounter between the rivals in more than a dozen years.

Turkey-Armenia flights, the first since 2019, are expected to resume next week. Another positive sign is that Azerbaijan has refrained from expressing objections, with Baku signaling continued friendship towards Ankara with an expected $1 billion ($1.13 billion) currency swap.

The late 2020 Azerbaijani recapture of occupied Karabakh lands lifted major Azerbaijani and Turkish objections to normalization. Yet it is widely believed that Azerbaijani President Ilham Aliyev is seeking further concessions from Armenia. Its most likely goal is full control of the soon-to-be-restored road and rail links through Armenia to the Azerbaijani enclave of Nakhichevan, an issue Yerevan has dithered over.

Turkey also supports the so-called Zangezur Corridor, envisioning increased trade and wider influence in the Caucasus and Turkish-dominated Central Asia. Armenia might be willing to agree, as normalization could give it access to the Black Sea, Caucasus and even EU markets. A European Parliament report says reopening its borders would greatly benefit Armenia’s economy and society…and pave the way for the country’s full integration into the region.”

Russia, the United States and the EU seem in rare alignment with Turkey-Armenia. They all support standardization, believing it has the potential to strengthen the region’s energy infrastructure, boost economic growth and increase regional stability. The next round of talks is expected to be announced soon, but the road to normalization is long and bumpy.

On the one hand, the lack of diplomatic relations between Turkey and Armenia is not just a random European anomaly, but the result of a deep-rooted divide. The Armenian Diaspora in particular strongly opposes Yerevan’s decision to exclude recognition of the genocide as a precondition. An unrepentant genocidaire cannot be a trusted party to negotiate with in good faith, Harut Sassounian, an Armenian-American commentator and former UN envoy, wrote this month.

With the lira stable, Mr Erdogans’ approval rating has risen lately, one of the few positive bumps he has had since the start of the pandemic. But if the talks drag on, he risks alienating his nationalist parliamentary partner, the MHP, as the mid-2023 elections approach.

Turkish nationalists tend to practice any sign of benevolence towards Kurds, Greeks or Armenians. Just last week, a prominent Turkish publisher canceled the publication of a major book on Ottoman history because it mentioned the Armenian Genocide.

Getting close to Armenia right now could be problematic, which may explain why Mr Erdogan clings to conservative issues and lash out at progressives like popstar Aksu. If he was aiming for a good old-fashioned culture war to distract the masses, Turkish social media suggests he got his wish.

Is it now a question of tearing out the artists’ tongues? famous Turkish actress Mujde Ar said in response to Mr. Erdogans’ comment. It is a clear and terrible threat, which pits the public against the artists. We don’t give up.