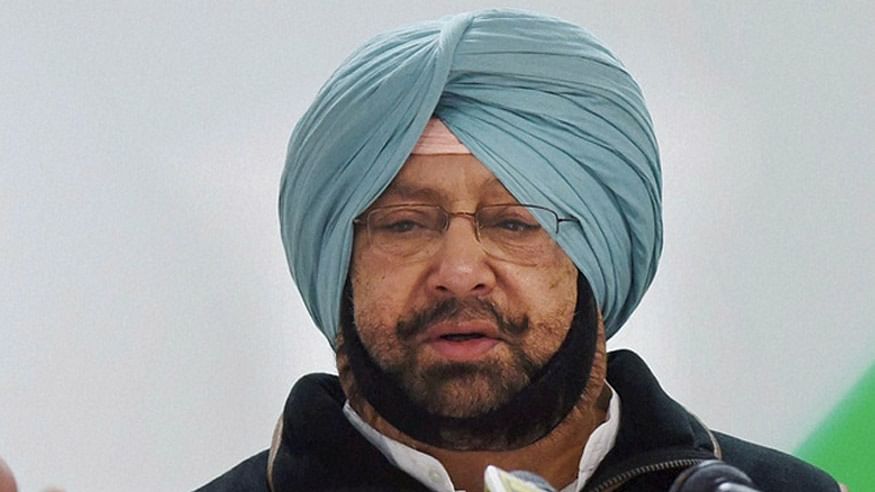 The Prime Minister of Pakistan had sent a request saying if you could get Sidhu back in your cabinet, I would be grateful,’ the former CM said.

The dispute between Navjot Sidhu and Amarinder Singh (pictured) is no secret, with the former struggling to take control of things in Congress since leaving the BJP to join the Grand Old Party.

Amarinder Singh, a former military man, told media that as soon as he fired Sidhu from his cabinet in 2019, he got a call from Pakistan. The Prime Minister of Pakistan had sent a request, saying if you could have Sidhu back in your cabinet, I would appreciate it, he is an old friend of mine. You can take it down if it’s not working,” the former CM said.

Also Read: Will the Captains Election Swansong End in a Patiala Peg or Humiliation?

If I remember correctly, it was July 20. First of all let me tell you that I removed Mr. Sidhu from his job because the man was totally incompetent, incapable and totally useless in his job. He was dealing with local government and for 70 days he had not completed a single file. I called him several times and offered to give him more power if he wanted, which Sidhu refused. I told him that I didn’t want you in my government. Leave my government, Singh said.

Navjot Singh Sidhu, who is the President of the State Congress, responded to the allegation by BJP allies by shedding light on the accusation. I don’t want to comment on someone who is a depleted force, Sidhu said as quoted by NDTV.

Amarinder Singh, who was with Congress and the state CM until recently before leaving the post and the party, has had a long rivalry with the former cricketer. He had fired Sidhu from his cabinet in July 2019 after a public row. Singh had openly criticized Sidhu for hugging Pakistani army chief Qamar Javed Bajwa during Prime Minister Imran Khan’s swearing-in ceremony.

The dispute between Sidhu and Singh is no secret, with the former trying to gain control of things in Congress since leaving the BJP to join the Grand Old Party. Trouble started when an aging Amarinder Singh refused to hand over to the new entrant.

Also read: Decoding the confusion of Punjab Cong: Why did Sidhu come out angry?

The rivalry between the two runs so deep that Singh, 80, said he would do everything possible to oppose Sidhu as chief minister, accusing the latter of having links to the Pakistani establishment and said Sidhu as CM would be “a disaster”. ”.

I saw Sidhu develop. I am against his pro-Pakistan attitude. Indian soldiers are killed at the border, and you will hug General Bajwa and Imran Khan If Sidhu becomes the face of Congress, I will oppose it tooth and nail, Singh said.