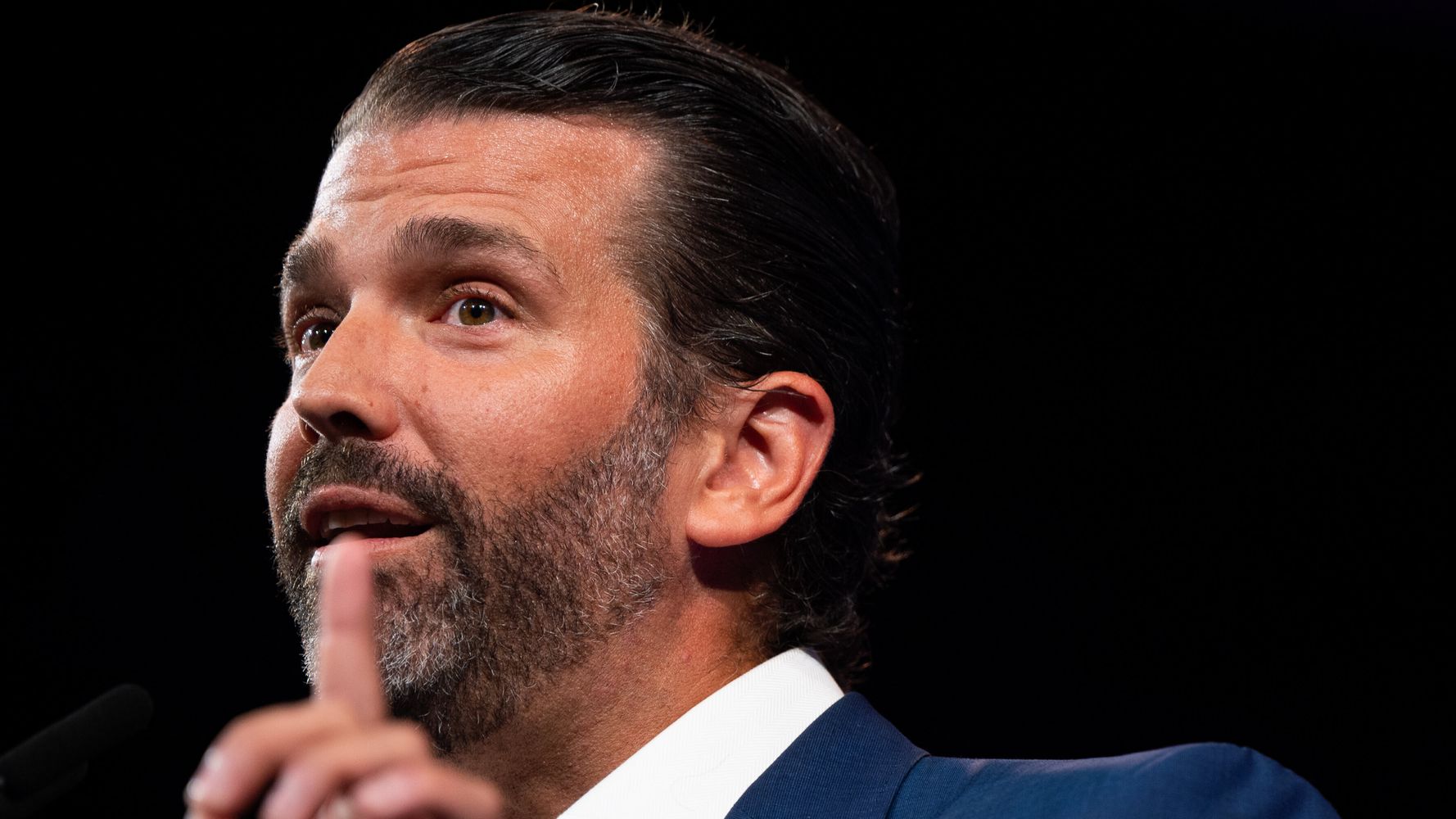 With Russian troops massing ominously on the Ukrainian border and the United States and NATO preparing for a possible invasion, Donald Trump Jr. can think of only one possible culprit (who only came to nobody else’s mind): Hunter Biden.

Will it ultimately be Hunters AF’s lucrative and shady business dealings in Ukraine that will drag us into a war with Russia? Trump Jr. wondered, without giving a single reason why that would be the case.

Will it ultimately be Hunters AF’s lucrative and shady business dealings in Ukraine that will drag us into a war with Russia?

In fact, it was his father who bragged as president about his friendship with Russian strongman Vladimir Putin, the overt aggressor in the Ukraine situation, and who accepted Putin’s denials of Kremlin interference in the 2016 US election despite the findings of its own intelligence officials.

Former President Donald Trump has also spoken out against Ukraine and was impeached for threatening to withhold vital military assistance to prevent a Russian incursion unless Ukrainian President Volodymyr Zelensky launches a baseless investigation into the presidential candidate. Presidential Joe Bidens, son Hunter.

Hunter Biden served on the board of a Ukrainian natural gas company, Burisma, for five years, ending in 2019. The Trump campaign tried to portray Hunter Biden as a schemer who hoped to leverage possible influence of his father, but no connection with corruption. never surfaced, and now a connection to a possible Russian invasion seems even more bizarre.

Even Florida businessman Lev Parnas, a Ukrainian-American linked to Trump lawyer Rudy Giuliani, reminded Donald Jr. that it was his father who was impeached because he withheld military aid to Ukraine.

Parnas admitted to working with Giuliani to try to pressure Ukrainian officials to launch an investigation into Joe and Hunter Biden in 2019. Parnas, who said Donald Trump knew everything they were doing, was acknowledged guilty last October of illegally funneling money from a Russian financier to Republican politicians in the United States, among other charges.

Russia, if you listen, Trump said looking directly at a TV camera, I hope you can find the missing 30,000 emails.

2017 – Ukraine, the first victim of the Trump-Putin alliance

In Donetsk, they wonder what the future holds for them if the American president weaves solid ties with Moscow.

Donald Jr.’s bonkers Hunter tweet wasn’t the only thing that drew criticism on social media. Some were also commenting on a raging video rant about Joe Biden he posted earlier. Check it here: