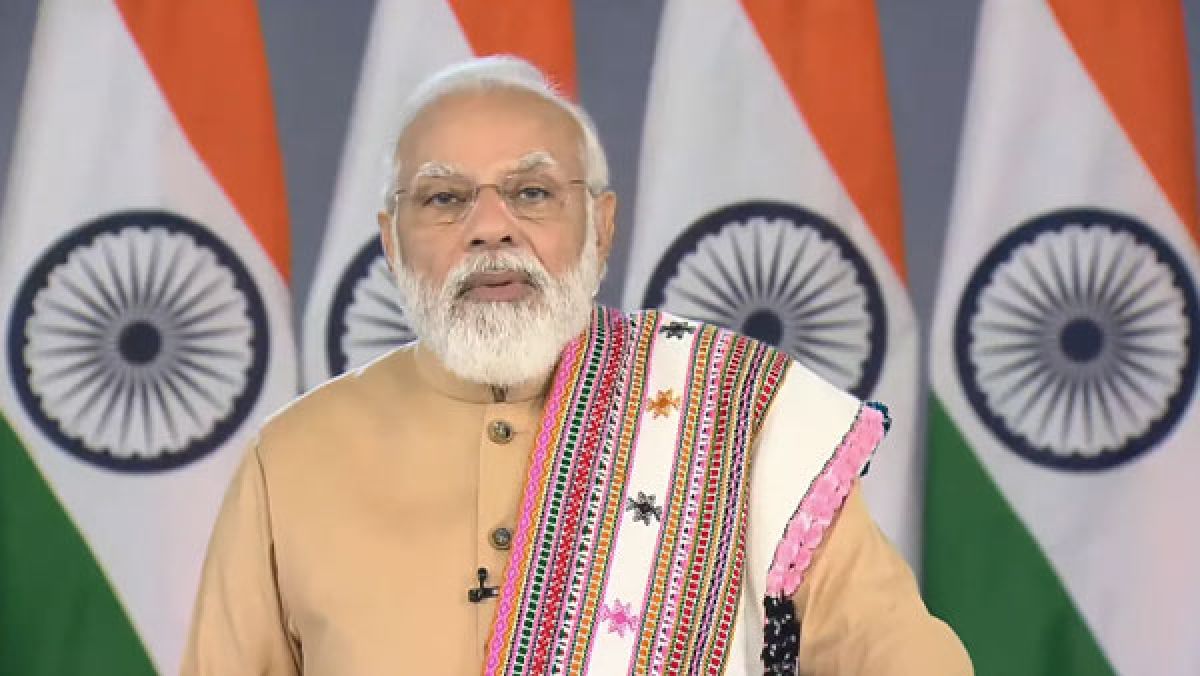 New Delhi, Jan 25: Prime Minister Narendra Modi interacted with BJP workers from across the country via NaMo app on Tuesday.

He expressed concern over low voting percentage, especially in urban areas considered educated and prosperous, and said this should change in a vibrant democracy like India.

In an interaction with BJP workers from across the country, Modi also raised the issues of “one nation, one election” and “one nation, one voters’ list”, saying that continuous cycle of elections result in politics being seen in everything while development works suffer.

His address coincided with the National Voters’ Day on Tuesday. While noting that the voting percentage rose from 45 per cent in the first Lok Sabha polls in 1951-52 to 67 per cent in 2019, he said the rise in woman voters participation was a good thing, but added that everyone from citizens to members of different political parties should think over low polling.

It is seen that urban areas, which are considered educated and prosperous, have low polling, he said, lamenting that their residents discuss elections on social media but don’t go to vote. Modi asked the BJP’s “panna pramukhs” and other ground workers to work to ensure 75 per cent polling in every election.

Polling is the most sacred donation to strengthen democracy, the prime minister said, lauding the Election Commission for its several initiatives to increase polling. Referring to the recently passed legislation which seeks voters to link their Aadhaar number and voter ID, he said it will boost transparency.

Pushing for discussion on “one nation, one election” and “one nation, one voters’ list”, he said let different point of views emerge. Even this interaction with BJP “panna pramukhs”, those in charge of one page of voters list of a booth is linked to elections, he said, adding that he had been planning such an interaction for some time.

Assembly polls in Uttar Pradesh, Punjab, Uttarakhand, Goa and Manipur will be held in seven phases beginning next month. The audio interaction was earlier meant only for Gujarat BJP workers but was later expanded to include party members from different parts of the country.

Modi has often pushed for holding elections, from that of Lok Sabha, to state assemblies and local bodies, simultaneously, saying frequent polls hamper development works and make people impute political motives every step of a government. On the National Voters’ Day, held to mark the Election Commission’s foundation in 1950, Modi praised the poll watchdog and noted it enjoys wide support from different political parties and institutions.

The EC also enjoys powers like issuing notices and transferring officers, that its counterparts in other democracies do not, he said, noting that the makers of the Constitution knew that a lively democracy was possible only when there is a strong and unbiased electoral process.

In his address, Modi also urged BJP workers to run campaign with people’s participation against malnutrition so that a healthy India emerges by 2047, the centenary year of its independence. He also asked them to get more and more to connect with the BJP through its micro donation exercise.

For Breaking News and Instant Updates

You have already subscribed