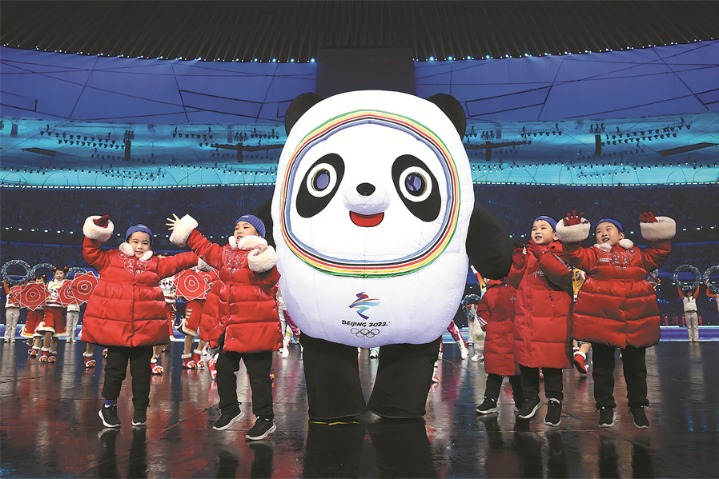 President Xi Jinping will attend the opening ceremony of the Beijing Winter Olympics with more than 30 foreign heads of state, heads of government, royal families and heads of international organizations, the door-to-door announced on Friday. Foreign Ministry spokesman Hua Chunying.

As the first full global sporting event to be held as scheduled since the start of the COVID-19 pandemic, the Beijing Winter Olympics will open on Friday. Hua said Xi will hold a welcome banquet for foreign guests and have related bilateral activities with them from Friday to Feb. 6.

The meeting of foreign dignitaries in Beijing next week demonstrates their support for the Beijing 2022 Winter Olympics and the Olympic Movement and their approval of China’s achievements in the fight against the COVID-19 pandemic, observers said.

“It shows that they are full of confidence and expectation for the Games to be successfully hosted by China,” said Li Haidong, professor of American studies at China Foreign Affairs University, adding that it also demonstrates approval of China’s global influence.

For some countries, this will be the first time they have sent delegations to the Winter Olympics.

Zha Daojiong, a professor at Peking University’s School of International Studies, said the participation of world leaders, regardless of how many medals their own athletes have, shows support for sportsmanship, which in turn is a value shared throughout the history of mankind.

“The Olympic Games have served as a platform for countries to seek cooperation leaving aside differences throughout history. In the context of the pandemic, it is indeed a breath of fresh air that so many countries appreciate the resilience of the Olympic Movement,” he added.

Ruan Zongze, executive vice president of the China Institute of International Studies, said the Games will help boost the international community’s confidence in the current world situation by providing a stage that shows solidarity, cooperation and peace during sports competitions.

“Such a spirit is also needed in today’s world to solve existing problems,” he said.

Experts said the splendid Games should crush any malicious attempts by a handful of countries to disrupt and sabotage the Beijing Winter Olympics.

“The noise of these countries will finally be overwhelmed by the support of the vast majority of countries in the world,” said Li of China Foreign Affairs University.

In another development, Vice Premier Han Zheng stressed all efforts for the final stage of the preparatory work for the Games to present a streamlined, safe and splendid Olympic event to the world.

Han, who also heads a leading group overseeing preparations for Beijing 2022, made the remark after inspecting the Beijing Games Organizing Committee on Thursday.