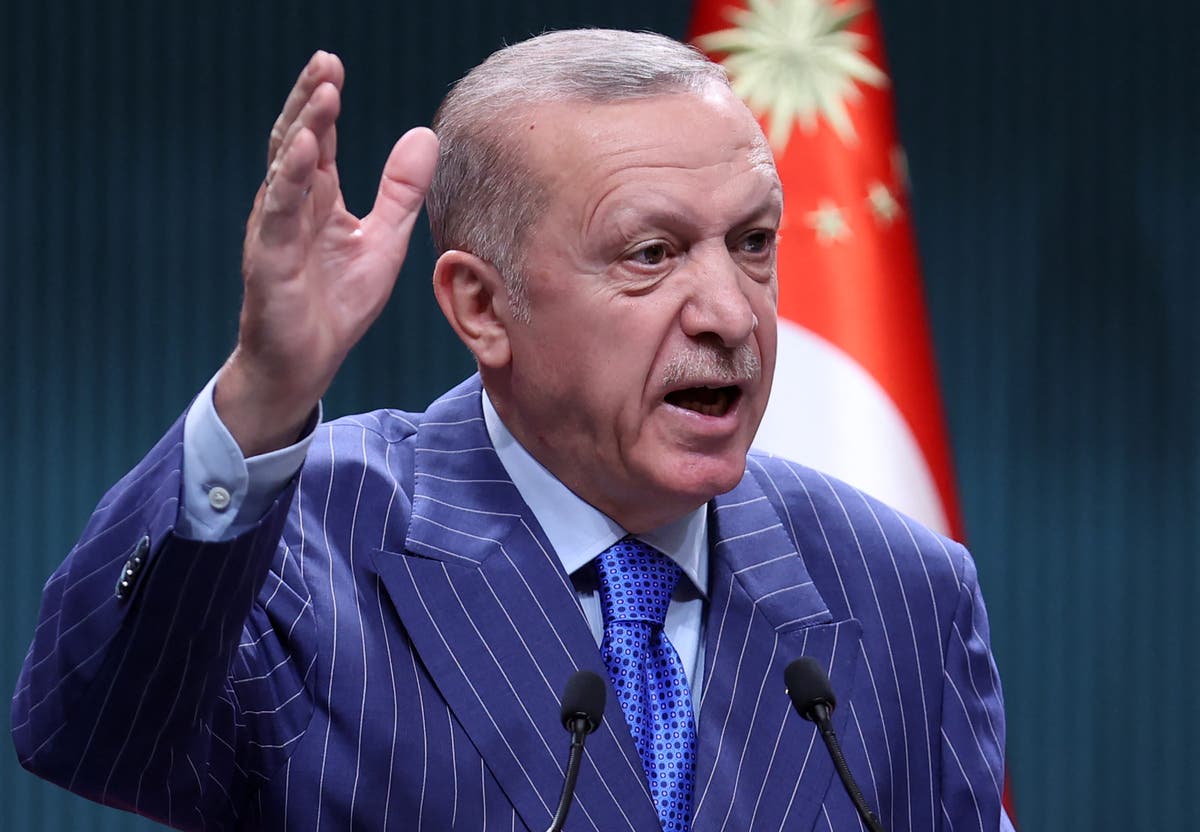 Turkish President Recep Tayyip Erdogan has criticized Finland’s decision to apply for NATO membership, saying it and neighboring Sweden are home to many terrorist organizations.

Erdogan’s opposition has the potential to thwart potential offers from both nations, since joining the alliance depends on the unanimous agreement of all 30 member states. Turkey is a member of NATO.

We are following developments regarding Sweden and Finland, but we do not have positive opinions, Erdogan told reporters in Istanbul, adding that it was a mistake for NATO to accept Greece as a member in the past.

As Turkey, we do not want to repeat similar mistakes. Additionally, Scandinavian countries are guesthouses for terrorist organizations, Erdogan said, without giving further details on the allegation.

They are even members of parliament in some countries. It is not possible for us to be for it, he added.

In response to Erdogan’s statement, which seemed to surprise Finland, Foreign Minister Pekka Haavisto appealed for patience and called for a step-by-step approach in response.

We need patience in this type of process, it doesn’t happen overnight… let’s take the issues step by step, Haavisto told reporters.

Haavisto has visited Turkey twice in recent months and Finnish President Sauli Niinisto spoke on the phone with Erdogan in early April.

Finland announced on Thursday that it would apply for NATO membership, Sweden is expected to follow suit in the coming days.

After Finland’s announcement, Moscow said it could be cut off from Russian gas. On Friday, the Russian Foreign Ministry also warned that it could be forced to take retaliatory measures against Helsinki.

A statement said: Russia will be compelled to take retaliatory measures, both military-technical and otherwise, in order to end threats to its national security.

On the possible answers, Mr. Peskov added: It will all depend on how this process of NATO expansion unfolds, how close the military infrastructure gets to our borders.

About 60-70% of the gas used in Finland comes from Russia, but only 5% of the country’s total energy consumption last year, according to national statistics. Petroleum, wood-based biomass and nuclear are their main sources of energy.

Kyiv’s success in repelling the Russian onslaught is, in part, due to NATO filtering military vehicles, weapons and other support through its members bordering Ukraine.

Finland claimed that the decision to try to join NATO was caused by Russia’s actions.

You (Russia) caused this. Look in the mirror, said Niinisto.

Sweden is also expected to decide to join NATO in the coming days and is expected to follow in the footsteps of neighboring Finland.

Speaking on Friday, however, Swedish Defense Minister Peter Hultqvist said if the country applied to join NATO it could increase the risk of a Russian backlash.

Its membership would represent a major change in the European security landscape: Sweden avoided military alliances for more than 200 years, while Finland embraced neutrality after its defeat by the Soviets in World War II.