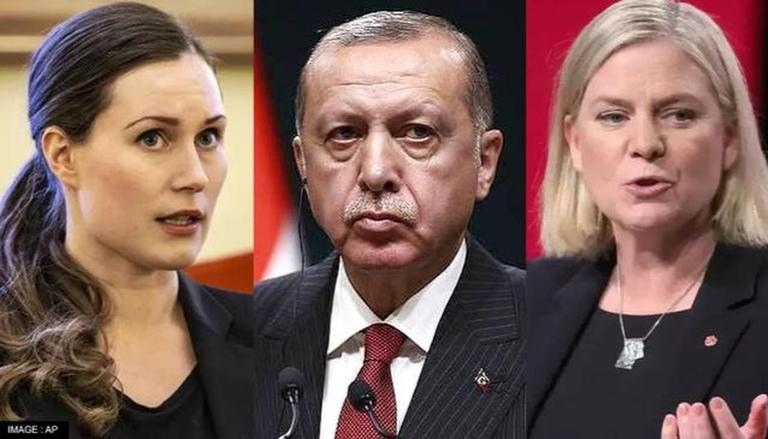 Turkish President Recep Tayyip Erdogan said on Friday May 13 that his country was not in favor of Finland and Sweden’s decision to join NATO. Erdogan said Turkey is following developments regarding Sweden and Finland and does not have a “favorable opinion”, AP reported. He, however, did not say whether Ankara planned to thwart attempts by Sweden and Finland to join NATO.

We are following the developments regarding Sweden and Finland, but we do not agree, Erdogan said according to AP.

Justifying his opposition to the decision, Turkish President Recep Tayyip Erdogan claimed that Sweden and other Scandinavian countries offered support to Kurdish and other militants and that Turkey viewed them as terrorists. Erdogan has admitted they don’t want to make the same mistake they made when they agreed to readmit Greece into NATO’s military wing. According to Erdogan, the decision had led Greece to have an “attitude against Turkey” with the support of NATO, according to the PA report. After the Russian military offensive in Ukraine on February 24, Finland and Sweden considered whether to join NATO.

On Thursday 13 May, Finnish leaders declared their readiness to apply for NATO membership, in accordance withPA. The announcement regarding the country’s intention to join NATO was made by Finnish President Sauli Niinisto and Prime Minister Sanna Marin. Sauli Niinisto and Sanna Marin, in a joint statement, said Finland “must” apply for NATO membership without delay and expressed hope that the necessary steps to make the decision will be taken within days. The two leaders further stated that NATO membership would strengthen Finland’s security and that the country would “strengthen the whole defense alliance”.

In the meantime, it is pertinent to note that Sweden will make a decision on its NATO membership in the next few days. After Finland’s announcement of its intention to join NATO, the Russian Foreign Ministry, in a statement, strongly noted that Finland’s NATO membership would cause “serious damage” to the relations between Russia and Finland and security in northern Europe, AP reported. The Russian Foreign Ministry added that it would be forced to take “retaliatory” measures of “military-technical and other characteristics” in order to deal with emerging threats to its national security. Russia announced that it would stop supplying electricity to Finland on May 14. Kyiv Independent reported. The decision will not pose a threat to the Finnish electricity market as Russian electricity accounts for around 10% of Finland’s total electricity consumption.

google: Google Pixel Watch may have an older Exynos chipset