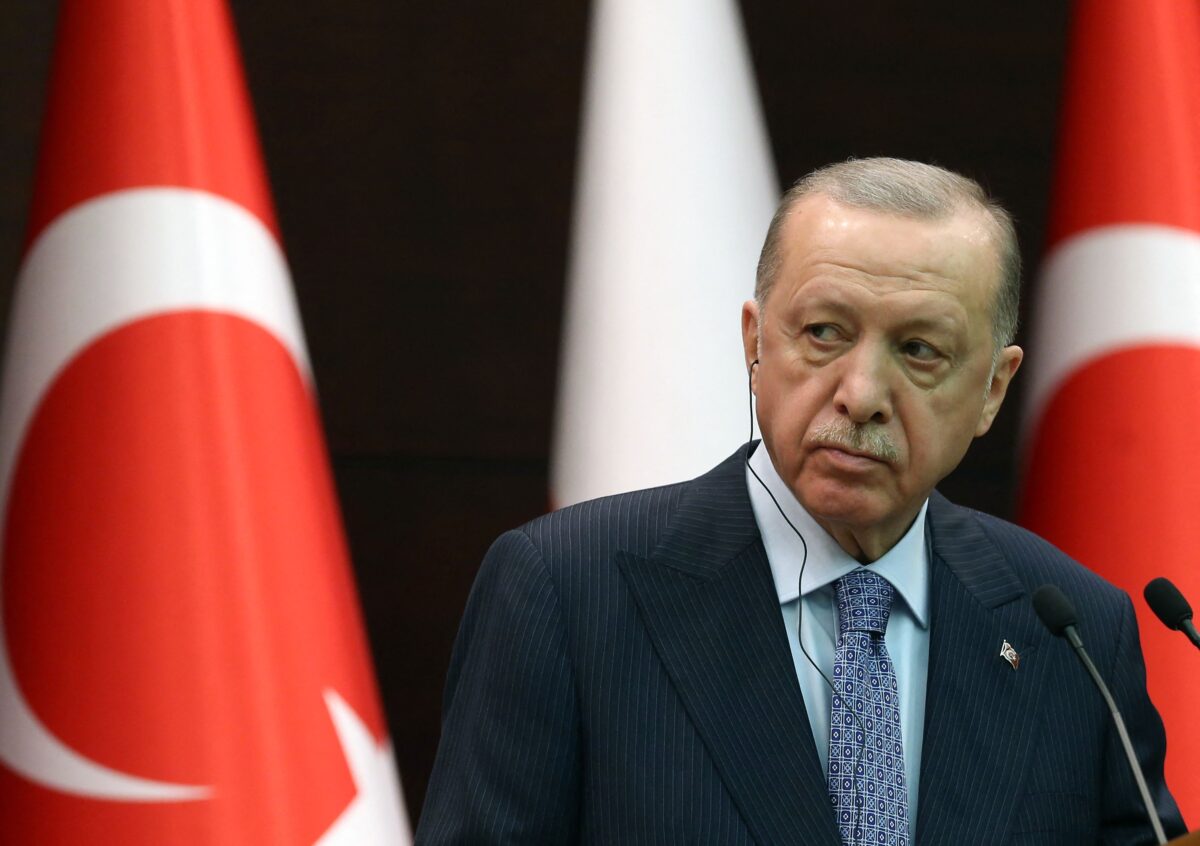 “We are following the developments regarding Sweden and Finland, but we don’t have positive opinions,” Erdogan told reporters.

He criticized Scandinavian countries as “guesthouses” for terrorist organizations and suggested that some terrorists are in parliament in some countries.

“It’s not possible for us to be in favor,” he added.

Erdogan also said allowing Greece to join NATO was a mistake he does not want to repeat with Finland and Sweden.

Turkey repeatedly criticized Sweden and other Western European countries for their handling of organizations considered terrorist organizations by Ankara, including the Kurdish militant groups PKK and YPG, and supporters of the Islamic cleric Fethullah Gulen based in the United States.

Ankara claims that Gülenists carried out a coup attempt in 2016. Gülen and his supporters deny the accusation.

The Turkish leader’s remarks could pose a problem for Sweden and Finland, as the new NATO members need unanimous agreement.

In response, Finnish Foreign Minister Pekka Haavisto called for patience and a step-by-step approach in responding to Turkish resistance. He also said he was due to meet his Turkish counterpart in Berlin on Saturday.

Meanwhile, Sweden said it remained confident it could win unanimous support for any NATO bid it might submit.

The United States is trying to clarify Turkey’s position.

“With respect to President Erdogan’s comments, we are working to clarify Turkey’s position,” Karen Donfried, assistant secretary for Europe and Eurasian Affairs at the State Department, said in a call with officials. journalists.

The topic will be discussed at NATO’s ministerial meeting this weekend in Berlin, attended by foreign ministers from Turkey, Sweden and Finland, among others, Donfried said.

Finland and Sweden are already NATO’s closest partners, attending numerous meetings, being regularly briefed on the situation in Ukraine and taking part in regular military exercises with NATO allies.

Much of their military equipment is interoperable with NATO allies.

However, they cannot benefit from NATO’s collective defense clause until they join the alliance.

Russia’s invasion of Ukraine has prompted both countries to seek collective defense mechanisms with NATO membership as an option.

The two countries signed new security agreements with the United Kingdom on Wednesday.

British Prime Minister Boris Johnson has pledged to support the armed forces of both countries in the event of an attack.

Reuters contributed to the report.

Allen Zhong is a longtime writer and reporter for The Epoch Times. He joined Epoch Media Group in 2012. He mainly focuses on American politics.