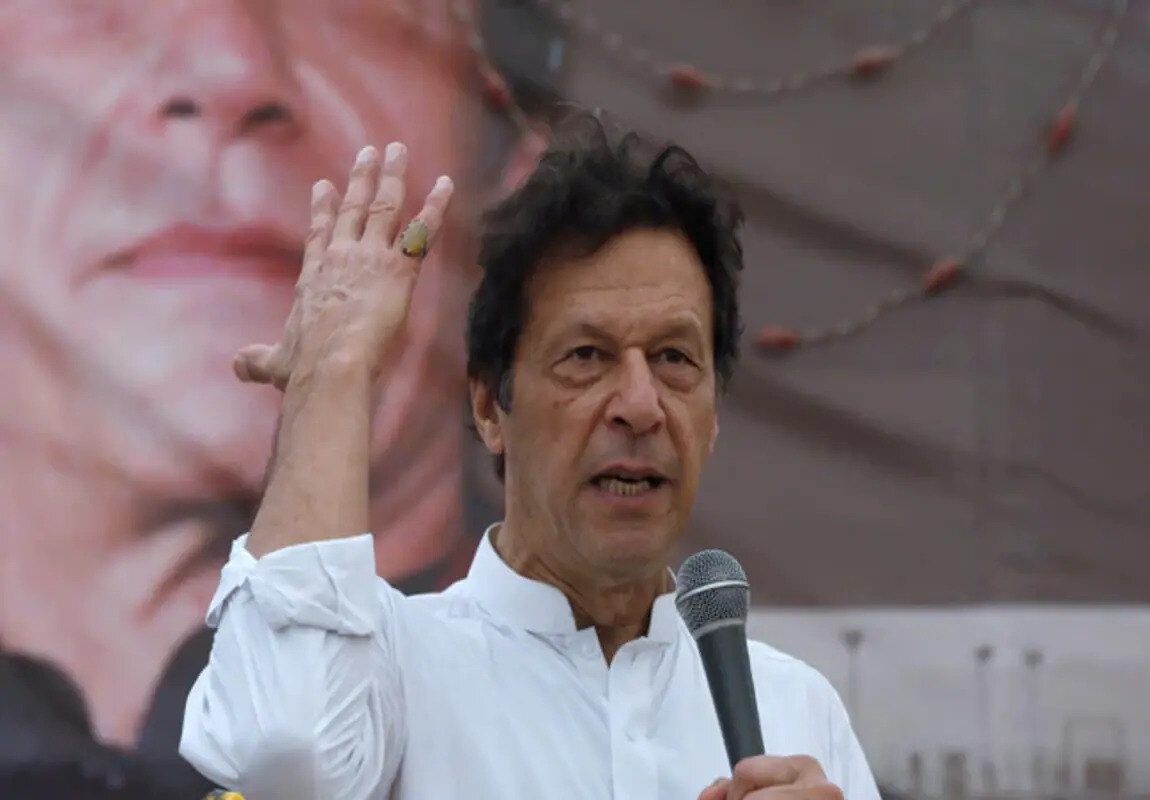 Former Prime Minister and Chairman of Pakistan’s Tehreek-e-Insaf (PTI) Imran Khan has warned the unity government to give him the date for new elections or else the sea of ​​people arriving in Islamabad will wash away everything .

“I give you a warning if you don’t give us an election date, the ocean of people coming to Islamabad will blow your mind,” he told a massive public rally in Mardan on Friday.

Calling former Prime Minister Nawaz Sharif the “biggest coward he had seen in his entire life”, Imran said he could not make decisions for the nation while sitting in London. “Only the people of this country have that right…they will decide who will lead them,” he added.

The public rally is part of protests announced by the former ruling party as it continues to up the ante against the coalition government. Imran Khan had said he would announce the date of his long march to Islamabad anytime after May 20.

Going after JUI-F Amir Maulana Fazlur Rehman, Imran said he snatched the ministry that would earn him the most money. “I don’t call Fazlur Rehman a maulana because I have great respect for religious people…I only call him diesel now,” he added.

Asking people to break the ‘chains of fear’ and join him in Islamabad, the former Prime Minister said that despite campaigns against him in the media, the Almighty has given him honor and the proof is that people come to this gathering.

“These American slaves will never let this nation become a great nation.”

The head of the PTI said he went to those who could have prevented the “conspiracy” from materializing, but they did nothing. “I told them that if it succeeded the economy would collapse… I sent Shaukat to those who call themselves neutral but unfortunately they didn’t stop him.”

The former prime minister said that the rupee is now close to 200 rupees and the economic downfall can be seen by everyone.

He asked why the media no longer went door-to-door and asked people about inflation.

“I know who is part of this conspiracy…. every face is registered in my memory. I want the Chief Justice of the Supreme Court to form a commission and ask them to find out about the traitors,” he added.

Imran Khan said Foreign Minister Bilawal Bhutto Zardari would only go to the United States to beg in front of Americans.

“He won’t be able to take a stand against them because they know where his money is…he’ll just beg for money but I know Americans best…they’ll say there’s no free lunch…they’ll put a price on it and what will be the price? It will be your freedom,” he added.

The PTI chief said the United States would ask Pakistan to make statements against Russia and in favor of Ukraine.

“They asked me but I said it was not our war. When the slaves are in power, they will do whatever their masters say,” he added.

Imran Khan said transparent elections cannot take place under the current Chief Election Commissioner. “The whole nation knows who the lotas are but only the chief election commissioner cannot see them,” he added.

Talking about the achievements of the PTI government, he said that they have succeeded in saving people from coronavirus and poverty. “Only 31,000 people died in Pakistan while five million died in India,” he said.

“When we took power, the country was on the verge of bankruptcy because of the loans taken out by previous governments,” he said, adding that his government had raised 60% more tax revenue and that the country recorded record exports during PTI’s tenure.

“When we were about to take off, they conspired against our government because they don’t want Pakistan to become prosperous,” he added.

The PTI had announced it would launch a protest against the alleged foreign regime change plot and ousting of former Prime Minister Imran Khan in a series of rallies across the country.

The party has so far managed to attract massive crowds in many cities across the country, including Karachi, Lahore and Peshawar.

Khan said his relations with the establishment were good until the last day of his government, but there were two issues they disagreed on.

Former prime minister says ‘powerful quarters’ want Usman Buzdar removed as chief minister but he would tell them there are ‘more corruption and governance issues in Sindh’ .

The second disagreement with the establishment concerned the issue of Lt. Gen. Faiz Hameed, as he wanted the army official to serve as chief of inter-service intelligence until the “winters”, given the situation in Afghanistan and of the “plot” of the then opposition. ”.

The ex-prime minister said he was still receiving messages from the establishment but had ‘blocked their numbers’ and would only speak to them once the election date was announced.

Imran Khan was warmly welcomed by a massive crowd on the ground of the railway station located on the Mardan-Nowshera road upon his early arrival.

According to media reports, a stage 80 feet long and 30 feet wide has been set up for the central management of the PTI. Strict security measures have also been put in place for the rally.

The Russians retreat from the vicinity of Kharkiv, beat to the east