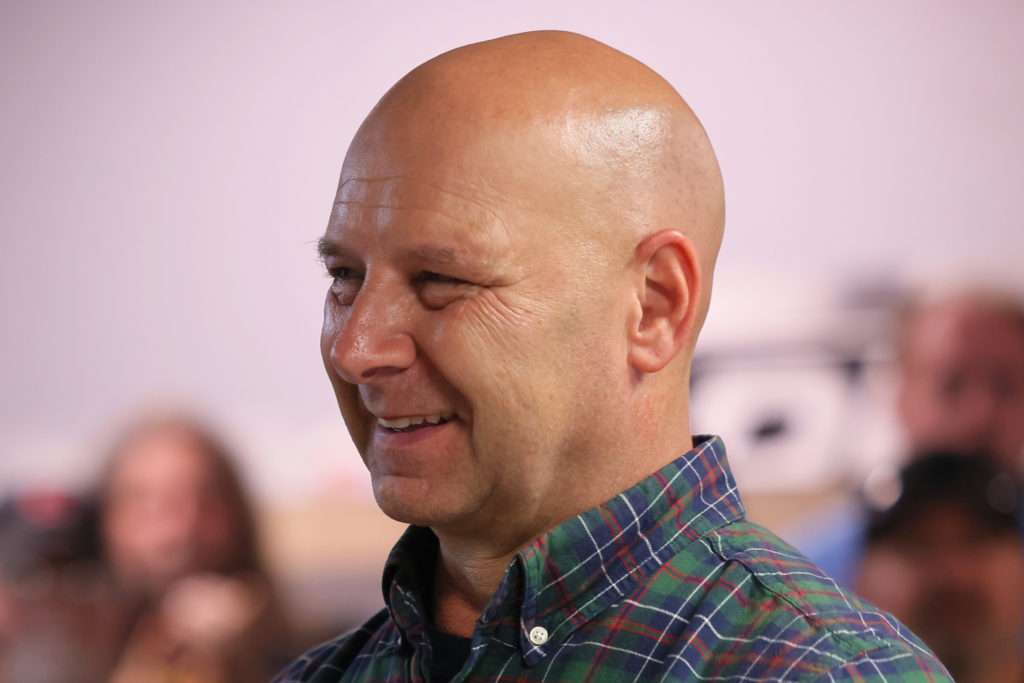 HARRISBURG, Pa. (AP) Donald Trump endorsed Doug Mastriano in Pennsylvania’s Republican gubernatorial primary on Saturday, siding with a far-right candidate who was outside the U.S. Capitol during the January 6 uprising and worked determinedly to overturn the results of the 2020 presidential election.

Mastriano was already leading a crowded field of contenders, and the former president’s endorsement puts him on even stronger footing ahead of Tuesday’s primary.

But party leaders are increasingly concerned that Mastriano, a state senator and retired U.S. Army colonel, is too extreme to beat Democrat Josh Shapiro in the November general election and could drag other Republicans into competition in the pivotal state. This includes a US Senate contest in which Trump attempts to carry his endorsed nominee to victory in a highly competitive race.

READ MORE: As Trump-chosen candidates face voters in May races, bid to shape GOP is tested

Mastriano, for example, helped spread unsubstantiated claims by Trump and his allies that Democrats fraudulently stole Joe Biden’s election, which Trump captured in his endorsement statement.

There is no one in Pennsylvania who has done more or fought harder for electoral integrity than State Sen. Doug Mastriano, Trump wrote. He exposed the deception, corruption and outright theft of the 2020 presidential election, and will do something about it.

Trump called Mastriano a fighter like few others, and he’s been with me from the start, and now I have an obligation to be with him.

In addition to campaigning with key figures in the Trump circle who spread lies about the last election, Mastriano also launched a plan to let state lawmakers erase that election result and make their own decision on which candidate should. receive state electoral votes.

As a result, he was subpoenaed by the United States House Committee investigating the Capitol Riot on January 6, 2021.

Mastriano said he would take the extraordinary step of requiring voters to re-register to vote. Were going to start all over again, he said during a debate last month.

Such a move is prohibited by the National Voter Registration Act and likely faces significant protections under the constitution and federal and possibly state laws, according to constitutional law scholars.

After the election, Mastriano bragged to supporters in online chats about his frequent talks with Trump. Mastriano organized bus trips to the United States Capitol for the Trumps Stop the Steal rally just before the riot, where Mastriano was seen in footage with his wife walking through barricades set up by police.

Trump was torn over the endorsement decision in the governor’s race.

Some allies have desperately urged him to stay out of the race or endorse a Mastriano rival, such as Lou Barletta, a former congressman who was Trump’s endorsed nominee for the U.S. Senate in 2018.

Mastriano leads the field of nine Republican candidates, with party officials and conservatives believing the votes for more eligible establishment candidates are too fragmented to prevent his consolidation of far-right voters.

On Friday, Mastriano told former Trump adviser Steve Bannons that the Republican establishment is freaking out, I mean, literally getting wet at the thought that he will be the nominee.

In a statement Saturday, Mastriano said he was honored to receive Trump’s endorsement and he quoted Pennsylvanians “who want their individual freedoms restored, power returned to the people, and their elected leaders fulfilling the America First and Pennsylvania First agenda.

Our grassroots supporters across Pennsylvania know Donald Trump and I will always have our backs,” Mastriano wrote. “We are all determined to end the era of party bosses, black money interest groups and rigged elections.

Barletta has spent the past several days racking up endorsements from the establishment, including members of Congress. He has avoided criticizing Mastriano by name, other than trying to argue that he is the most eligible candidate in the primary.

On Saturday, he argued he could still beat Mastriano.

I will continue to tell the people that I am the only candidate who can unite the party and achieve victory in November. I look forward to having President Trump’s endorsement on Wednesday morning,” Barletta wrote.

Trump’s main focus in Pennsylvania has been the Senate primary, where his endorsed nominee, famed heart surgeon Mehmet Oz, is seen as vulnerable.

In many cases, grassroots Republican voters, conservative activists, and pro-Trump hardliners refused to support Oz simply because Trump did.

Some allies had tried to convince the former president that supporting Mastriano would hurt Oz because Mastriano closely aligned and campaigned with one of Oz’s rivals, Kathy Barnette.

But with Trump worried about Oz’s chances, endorsing Mastriano is seen as a way to protect his ego, offering a likely win if Oz ends up losing.

Republicans in particular worry that Mastriano will be too toxic to win over moderate voters in the heavily populated suburbs of Philadelphia and Pittsburgh in November. Critics fear he could endanger lower-ballot GOP candidates with lackluster turnout at the top of the ticket.

Still, Barletta acknowledged that there was very little difference in policy between him and Mastriano.

Republicans have been barred from the Pennsylvania board of governors since 2014 under Democratic Gov. Tom Wolf, who is barred by term limits from running again.