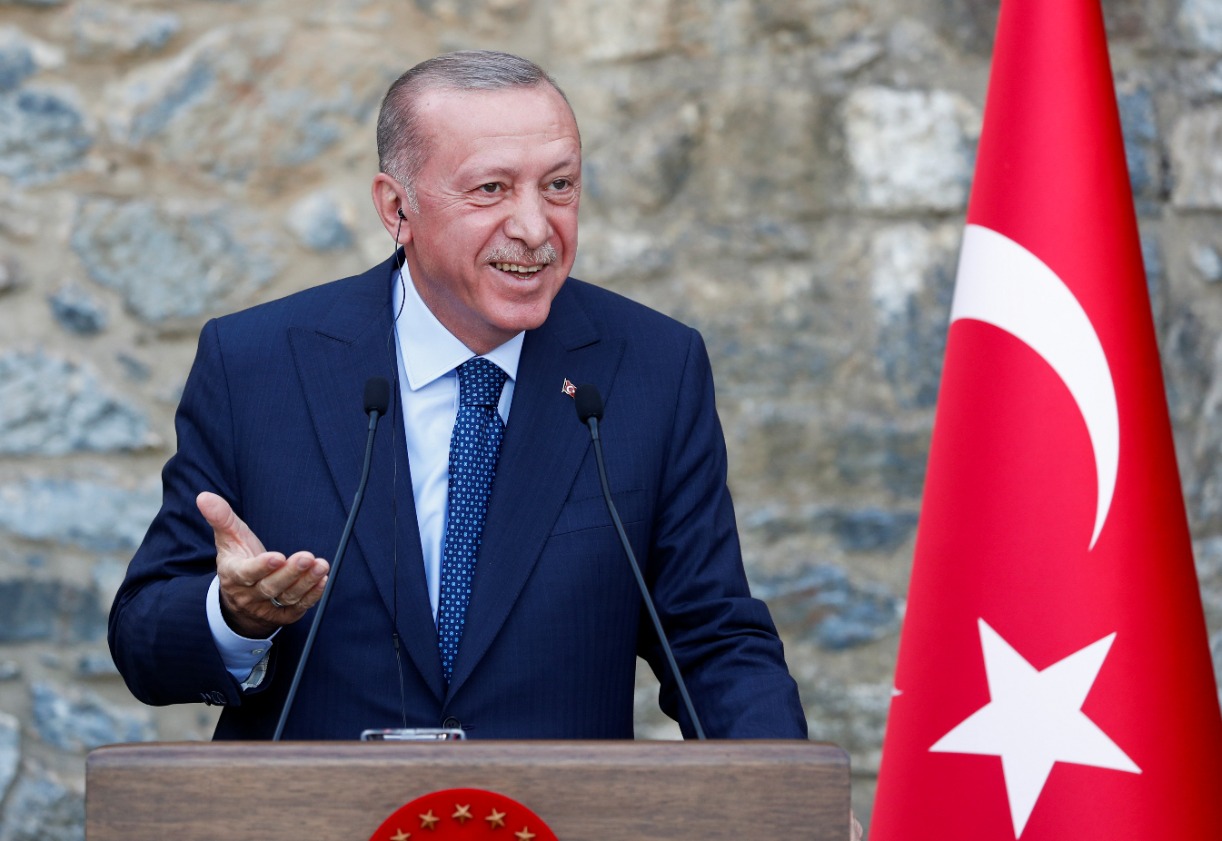 Since Russia invaded Ukraine, the security landscape in Europe has changed rapidly. Defense spending has increased in many countries of the European Union, the essence of NATO has been reinvigorated and Russia is now not only one of the most sanctioned states in the world, but widely seen as an outcast. .

For many European countries, with the exception of Hungary and Serbia, choosing a side was quite easy and without any conditions. However, Turkey finds itself in a much more precarious position. Its geographical location and its commercial, energy and military links with Russia and Ukraine add to the complexity.

So far, Turkey has been mostly converging with its NATO allies in supporting Ukraine. In addition to supplying Ukraine with lethal weapons, it also closed the Bosphorus to Russian military vessels and its airspace to Russian planes flying to Syria. However, he refrained from imposing sanctions on Russia, mainly because these sanctions were not imposed by the UN. However, he is sufficiently respected on both sides: Turkey remains the single country which has ensured a face-to-face meeting between the Ukrainian and Russian foreign ministers since the beginning of the war and even hosted a series of negotiations between the Ukrainian and Russian delegations.

Inadvertently, Turkey’s closure of the Bosphorus is slowly putting Russia’s broader geopolitical designs in the Mediterranean under greater pressure, as it is its Black Sea Fleet in Sevastopol that has been tasked with reinforcing its troops and forces. allies in Syria and Libya.

Ankara has obvious economic, security and geopolitical stakes in the current conflict, but is careful not to cut ties with Russia and become entangled in economic conundrums. For starters, Russia is a vital trading partner,supplying 45% of its natural gas, 17% of its oil demandand a colossal 70 percent of his wheat, a high priority import at a time of rising bread prices. Russia is also Turkey’s largest source of tourists and therefore a strong currency with its 4.7 million visitors representing 19% of all travelers to the country in 2021. Russian energy giant ROSATOM is also building Turkey’s first nuclear power plant, which is expected to start operating in 2023. Turkey cannot afford to lose such a vital partner to a when the turkish lira lost47% of its value in less than a year and inflation has reached its highest level in 20 years. Although Turkey and Russia have had a fluctuating relationship, including Turkey shooting down a Russian plane in 2015, it’s worth remembering that it was the July 2016 coup attempt that brought the two leaders together. as President Barack Obama and his European counterparts sat on a fence. , Russian President Vladimir Putin immediately called Turkish President Recep Tayyip Erdogan and gave him all the support he could give him.

Ukraine is no less important for Turkey. Turkey’s Erdogan spoke out against Russia’s annexation of Crimea in 2014 and is a strong supporter of the Crimean Tatars who suffered immensely under Russian rule. Trade between the two, as well as investment, has increased. In 2021, Turkey was the largest foreign investor in Ukraine, totaling nearly $4.5 billion, with more than 700 Turkish companies operating in Ukraine. Although Turkish authorities have refused to release details of drone sales to Ukraine, independent estimates believe that Ukraine has bought between twenty and fifty Turkish-made Bayraktar TB2 armed drones as well as MILGEM Ada-class corvettes. For Turkey, Ukraine represents a place where military products can be tested in real combat situations, which significantly increases their prices and reputation in world markets. Due to strained relations with its NATO partners, Turkey is hedging its bets on increased military-technical cooperation with Ukraine. Last year, for example, Motor Sich agreed to supply the Turkish defense company Baykar thirty turboprops for use in its Akinci high-altitude strike drones. Such cooperation, using reliable Ukrainian engines and advanced Turkish technology, has catapulted Turkey into the stratosphere of the global defense market.

The Turkeys’ support for Ukraine has ruffled Moscow. In March 2021, Russian Foreign Minister Sergei Lavrov tonne: We urge our Turkish colleagues to carefully analyze the situation and stop fueling militarist sentiment in kyiv.

Moscow emerged as a counterweight to Ankara when strategic decoupling with Washington began in 2014 over Washington’s support for Marxist Kurdish rebels. As a rising middle power bordering the Balkans, the Mediterranean, the Middle East and the Caucasus, Turkey pursued a multi-faceted foreign policy that often clashed with its NATO allies. Today, with the war in Ukraine, Erdogan, much like his World War II predecessor Ismet Inonu, seeks to keep Turkey out of the conflict while maximizing its own room for maneuver and creating a framework for strategic autonomy. from his country. However, Russia’s invasion of Ukraine and its toughening stance in Eastern Europe and the Black Sea triggered a surprising response from NATO. As aban Karda Remarks The strategic ambiguity of Moscow’s designs has been laid bare. The main challenge for Turkey’s strategic autonomy will now be to find ways to live with a new Russia.

The Black Sea once dubbed an Ottoman lake due to the supremacy of empires over it looms large in the country’s psyche. But geopolitics and the balance of power in Eastern Europe and the Black Sea region are fundamentally changing. This means that the main challenge for Turkey’s strategic autonomy will be to find ways to live with a bellicose and ever more assertive Russia that sees the Black Sea as its gateway to the Mediterranean region, where its role is growing. has increased considerably in recent years. Turkey has shown keen interest in cooperating with Kyiv in sub-regional politics to counterbalance Russia in areas such as naval deterrence, food security, military cooperation and energy. However, Turkey is only too aware that on the international scene, Russia has much more geostrategic value for Turkey than Ukraine.

As we have seen in the cases of Syria and Iraq, Turkey often suffers the most from emerging instability in its neighborhood. Therefore, sustaining constructive engagement with a declining great power at a highly volatile time will be extremely difficult, but it will be the only viable path. Turkey will most likely continue to pursue a pragmatic foreign policy that is neither pro-Ukraine nor pro-Russia, but entirely pro-Turkey.

Harun Kari is a journalist and political analyst covering the Balkans and Turkey. Over the past decade, he has written extensively on Islam and foreign influence in the region, including Saudi, Iranian, Turkish and, more recently, Chinese and Russian. He also regularly reports on Muslim minorities in Europe and the rise of right-wing nationalism. He tweets@HarunKarcic.

What is hidden behind North Korea’s acceptance of a COVID-19 explosion?