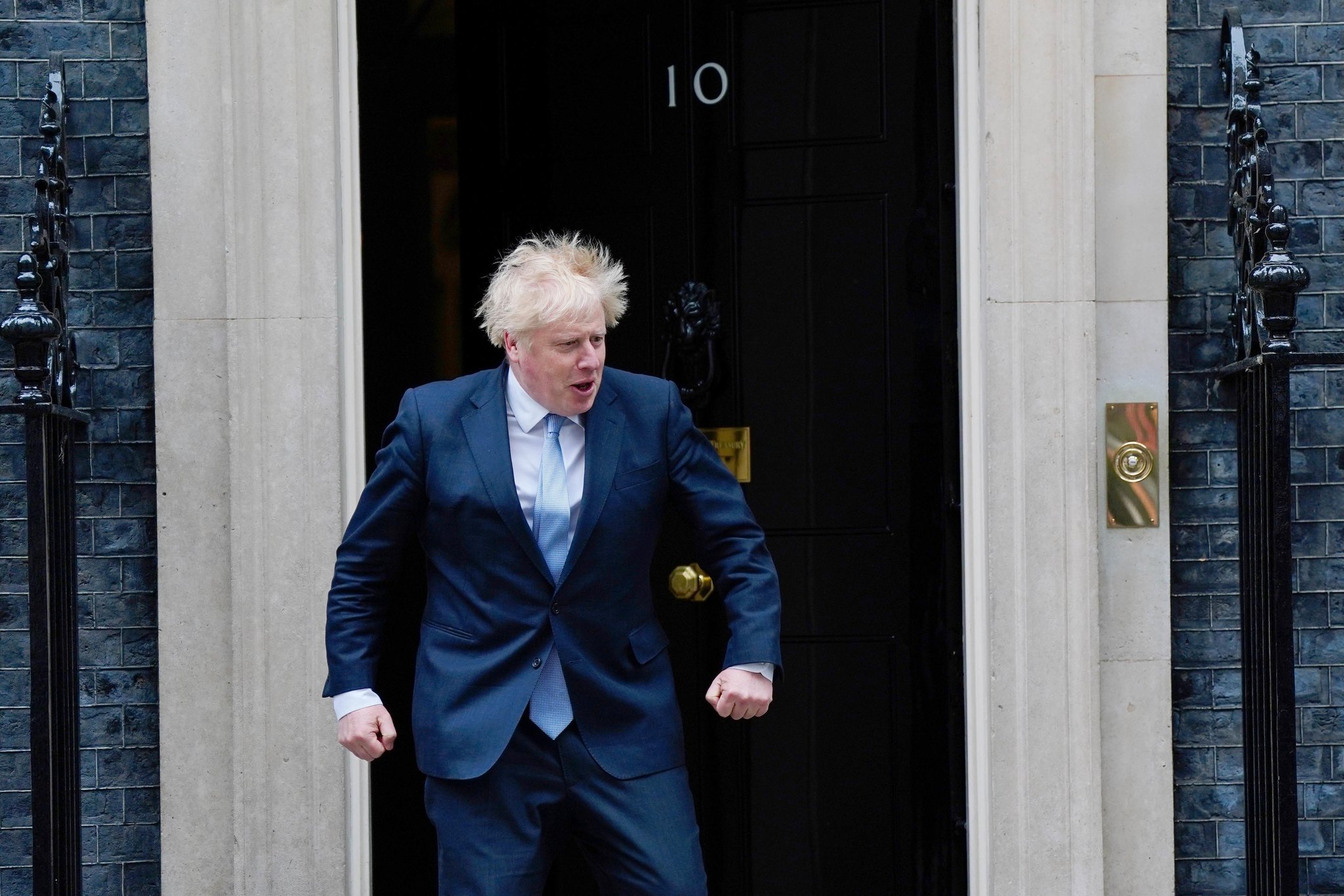 The Prime Minister will travel to Belfast tomorrow for a series of crisis talks after the DUP blocked the election of a Speaker in the Stormont Assembly, preventing him from sitting.

He is expected to say that the delicate balance of the Good Friday Agreement (GFA) has been upset by the Northern Ireland Protocol, eroding the historic economic ties linking Northern Ireland and the rest of the UK, leaving the unionist community to feel its aspirations and its identity. are threatened.

Government sources said Mr Johnson would also use a series of private meetings to send a strong message that the parties must come together to form an executive and assembly if protocol issues are to be resolved.

Register to our daily newsletter

Prime Minister Boris Johnson, to be seen outside 10 Downing Street on Friday, will fly to Belfast on Monday. Photo: Victoria Jones/PA Wire

He is expected to say that while the UK government will play its part in ensuring political stability, politicians need to get back to work so they can answer the bread and butter questions for voters.

British ministers have repeatedly said they will act unilaterally on the protocol if an agreement cannot be reached to reduce the impact of checks, which have been accused of hitting businesses and fueling community tensions.

In his talks, Mr Johnson is expected to say that while the government will always keep the door open for genuine dialogue, action will be needed to protect the GFA if there is no change in the government’s position. EU.

He will insist that the government never suggested scrapping the protocol and will acknowledge that there will still need to be a treaty governing the UK’s relationship with the EU in relation to Northern Ireland in order to prevent the return of a hard border with the Republic.

The Prime Minister will argue that the common goal of the UK and the EU should be to agree a reformed protocol that can have the widest possible cross-community support when faced with a consent vote in 2024.

The DUP’s decision not to name a speaker was bitterly condemned by Sinn Feins’ Michelle ONeill, whose party is now the largest in the assembly after elections earlier this month and other party leaders.

The DUP is opposed to the protocol because it requires checks on goods from Britain to Northern Ireland, in order to keep the border with the Republic open in accordance with the Good Friday agreement.

Sir Jeffrey Donaldson defended the DUP’s decision to block the election of a new speaker of the assembly on Friday night, saying that if a trade border was at Aughnacloy, rather than Larne, Sinn Fein would march from Stormont.

In a statement after the end of the first day of the new assembly with no elected president and no prospect of an executive, the DUP leader said the move demonstrated his party was serious about changing the Northern Ireland protocol . He said he was sending a clear message to the EU and the UK government regarding the post-Brexit trade deal.

It emerged on Friday night that Boris Johnson will fly to Belfast on Monday as pressure mounts on the Prime Minister to sanction unilateral UK changes to the protocol, including removing the powers of the European Court of Justice over Northern Ireland.

Recalling the three years Stormont was in cold storage between 2017 and 2020, Sir Jeffrey said Sinn Fein should win an Oscar for their false contempt of a party that left government for three years because it suited them, argued by the SDLP and the Alliance Party.

On protocol, he said: If the checks imposed on Larne and Belfast took place at the Aughnacloy/Monaghan border, Sinn Fein would sing a different tune.

Sir Jeffrey continued: We want devolution to work and be respected in all communities in Northern Ireland. But for this to work, both trade unionists and nationalists must be respected. Not a trade union MP elected last week supports the NI protocol. This makes it impossible for power sharing to work.

Unionism will not be ignored. The DUP has a mandate to suppress the protocol. Our mandate will be respected.

The DUP leader was not in the Chamber when trying to elect a new president, as he handed the Lagan Valley seat he won last week to former MP Emma Little Pengelly. Sir Jeffrey told the House of Commons earlier this week that he intended to stay

Mr Johnson will also use his visit to ensure the fulfillment of three pre-existing commitments on a language and culture package, guaranteeing women and girls access to abortion services and introducing new measures to address the legacy of the past.

An exchange of experiences and friendships: International students complete their stay at UVA Wise | tidings