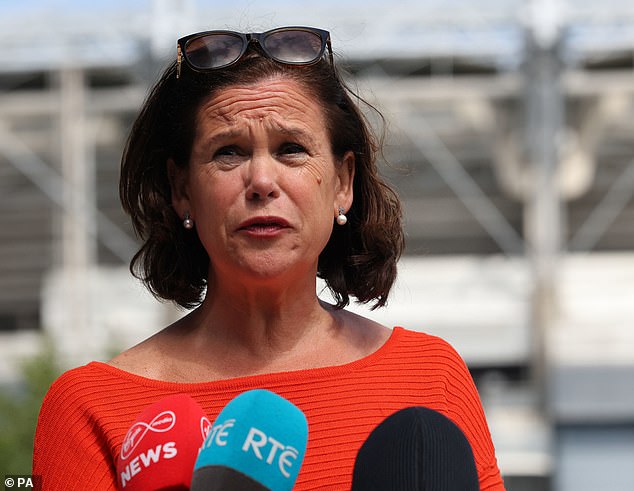 Sinn Fein chairman has warned the UK government cannot use Ireland as a ‘pawn’ in Brexit talks and accused London of failing to act in ‘good faith’ on several occasions throughout the process.

Speaking to reporters ahead of the Prime Minister’s visit on Monday, she claimed he was “in cahoots with the DUP” to prevent the formation of a new executive and assembly in Belfast.

It comes as the DUP – now Northern Ireland’s second largest party – blocked the appointment of a new Speaker of the Assembly.

Under Stormont rules, a new administration cannot be formed without the participation of the larger Unionist party.

The move is part of the DUP’s ongoing protest against post-Brexit trade rules for Northern Ireland.

The party had already pledged not to reinstate a power-sharing executive at Stormont until the UK government takes “decisive action” on the Northern Ireland protocol.

The blocking of a speaker by the DUP also means that the Legislature in the Parliament Buildings cannot meet while the deadlock continues.

The moves come amid growing speculation that Mr Johnson may be on the verge of signaling his intention to override aspects of the Northern Ireland Protocol through national legislation, a tactic the EU has opposed. warned. 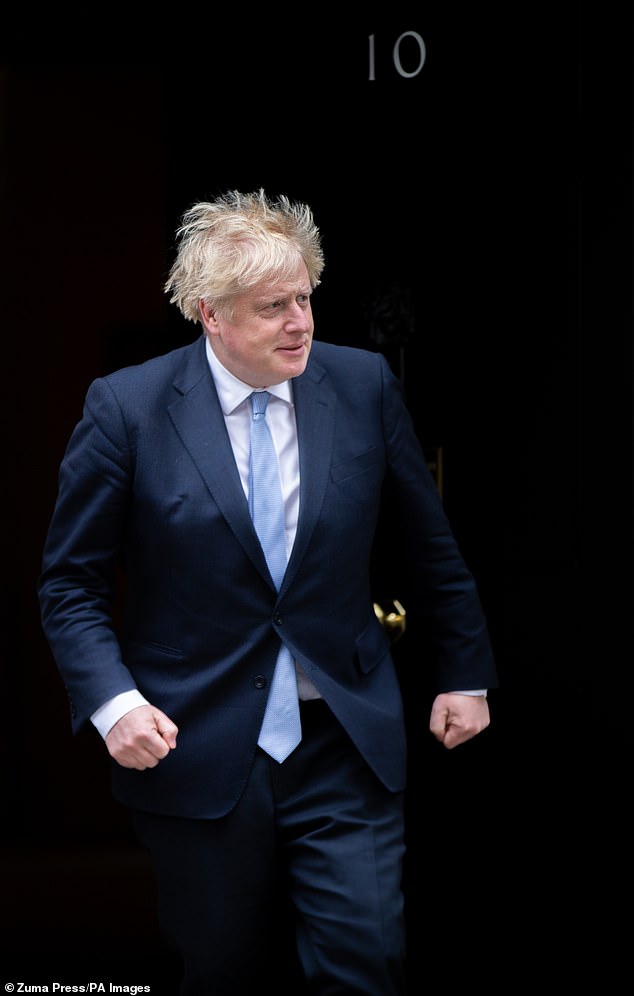 Following a meeting of Sinn Fein’s ruling council (ard chomhairle) in Dublin, Ms McDonald said: ‘The DUP did not just stop the formation of an executive, they also tried to veto the functioning of the Assembly.

“And the UK government has helped the DUP in these blocking tactics and they must refrain and certainly when we meet Boris Johnson on Monday we will make that very clear to him.”

On the prospect of unilateral action by the UK on the protocol, Ms McDonald added: “It’s very dangerous, it’s reckless, it’s a tightrope game, very cynically led by a Conservative government. in London who cares not for the island of Ireland, north or south.’

She said people shouldn’t be too ‘frightened or distracted’ by Mr Johnson’s ‘rhetoric’.

The Sinn Fein chairman also claimed the London government had repeatedly failed to act in “good faith” throughout the Brexit process.

“They constantly threatened to act and acted unilaterally,” she said.

“And let’s be clear, the protocol isn’t going anywhere. The protocol is a necessary extension of the Brexit that the Conservative Party and the DUP campaigned for.

“And the UK government can’t use Ireland as a pawn, we won’t be collateral damage in the Brexit negotiations.”

She added: “We are not at all naive about what is happening here, it is very clear that the Conservative government in London is in cahoots with the DUP to block and delay progress, to thwart the will of the people such that expressed in the election and that, to anyone calling themselves a Democrat, that is clearly unacceptable and clearly shameful and this matter will be brought before Boris Johnson.

Party Vice-Chair Michelle O’Neill, who will become Northern Ireland’s First Minister if the DUP agrees to return to government, also spoke to the ard chomhairle on Saturday. 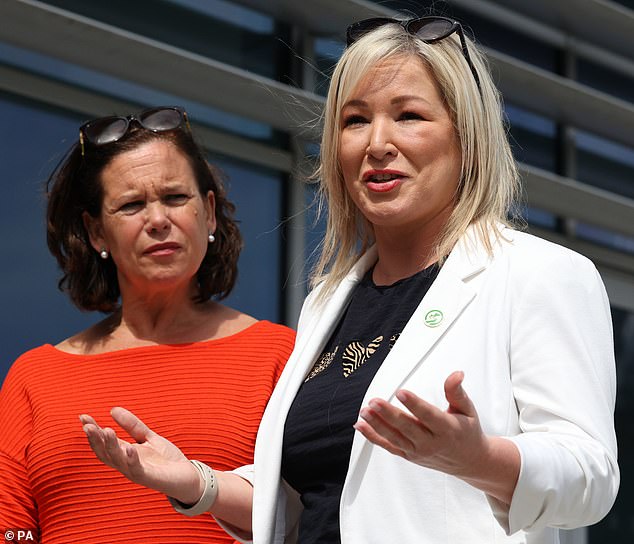 Party deputy chair Michelle O’Neill, right, said: ‘They (the DUP) are punishing the public for their own Brexit mess and they are being facilitated by the Tories.’

“They (the DUP) are punishing the public for their own Brexit mess and they’re being facilitated by the Tories,” she told reporters.

“They are punishing the public and that is not acceptable. And Boris Johnson has no mandate here on the island of Ireland.

“But yet he facilitates this DUP madness at a time when people need us to be there for them.”

Justifying his party’s position at Stormont, DUP leader Sir Jeffrey Donaldson said a ‘very clear message’ was needed to be sent to the UK Government and the EU for action to be taken on the protocol.

He insists the trade deals undermined the terms of the 1998 Good Friday/Belfast peace deal and he has maintained that his party will not return to the Stormont institutions until Unionist confidence is up. restored. 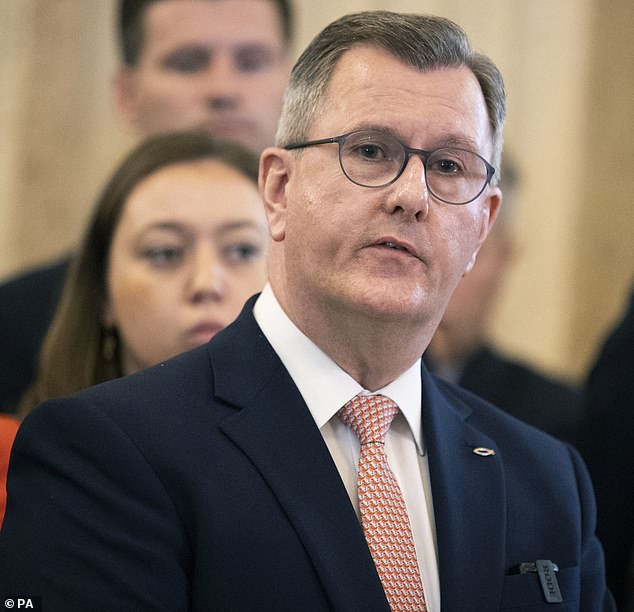 Justifying his party’s position at Stormont, DUP leader Sir Jeffrey Donaldson (pictured on Friday) said there was a need to send a ‘very clear message’ to the UK government

Last week, Mr Johnson said the protocol had become a “real problem” that needed to be “solved”.

“The people of Northern Ireland need leadership, they need regional, provincial government, they don’t have any. It’s a real, real problem,” he said.

“And the reason they don’t have that is because there’s a community in Northern Ireland that won’t accept the way the protocol works right now, we have to fix that.”

Meanwhile, Foreign Secretary Liz Truss has warned that the UK will have ‘no choice but to act’ if the EU does not show enough ‘flexibility’ to reduce post checks. -Brexit on goods crossing the Irish Sea.

The world reacts to the tragic news of Andrew Symonds