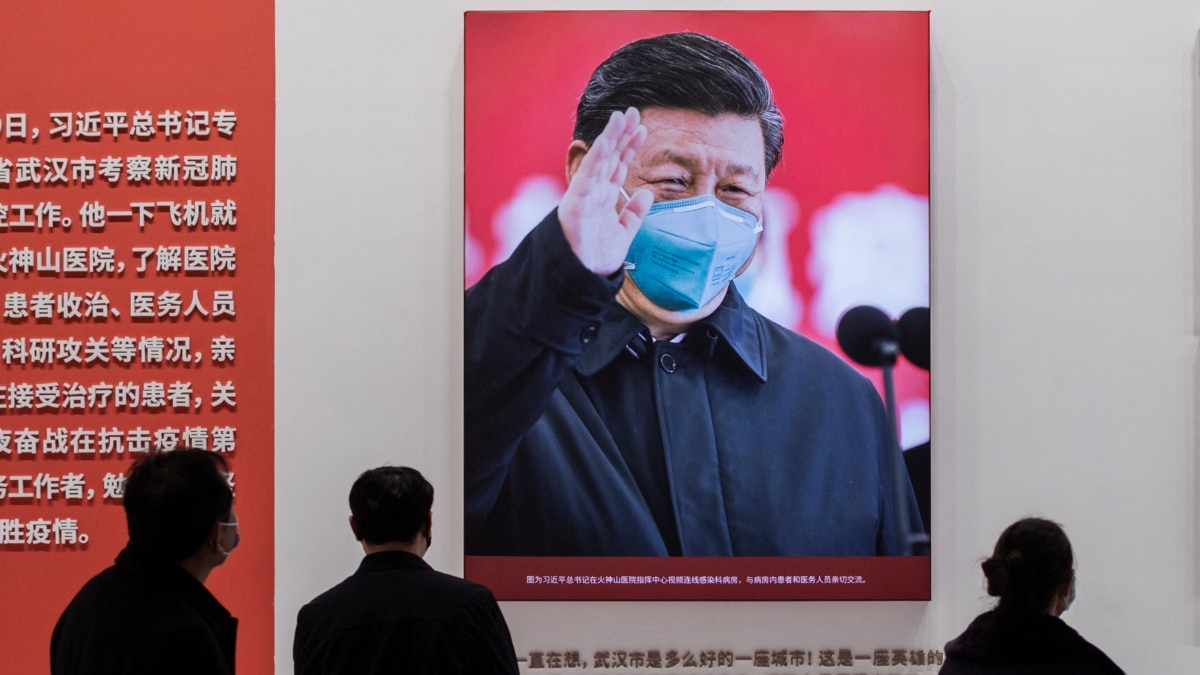 Chinese President Xi Jinping is banking his political future on the success of an unusually strict zero COVID policy, experts say, as he runs for an unprecedented third term this year for the Communist Party’s top job.

China is pursuing a zero-COVID policy while the United States and countries from Europe to Asia are lifting or easing restrictions and living with the coronavirus.

“Why is Beijing sticking to this approach?” writes Neil Thomas, a Chinese analyst at Eurasia Group, a political risk consultancy. The World Health Organization has called zero-COVID unsustainable.

“The most important reason is that Xi has invested significant political capital in zero-COVID, which is described as a shining example of how the Communist Party provides good governance for the Chinese people,” Thomas wrote.

Shanghai, China’s largest city with 26 million people and a major shopping center, was shuttered for weeks to stop the spread but recently announced plans to gradually reopen.

Analysts say Xi believes the zero COVID policy will best cap the death toll in a country with relatively poor medical care, including vaccines, compared to many Western nations. Since the start of the pandemic, China’s COVID-19 death rate, at 2.34%, is nearly double the global average of 1.2% of infections leading to death, according to data from the Worldometer.

“As to which policy is better after all, is it zero COVID or not zero COVID, it’s the same as a lot of public policy, (meaning) there will always be a lot of debate,” said Huang Kwei-bo, associate professor of diplomacy at National Chengchi University in Taipei. “But whether it’s good or not, we can only turn our heads later and look back.”

China acknowledges the risk of additional deaths from infections.

“I have seen reports that, based on new modeling by scientists in China and the United States, China risks over 1.5 million COVID deaths if it abandons its aggressive zero COVID policy. “said Liu Pengyu, spokesperson for the Chinese Embassy in Washington. DC “In this case, we must adhere to the dynamic zero-COVID policy,” he told VOA.

Xi, general secretary of China’s only major political party, was elected a delegate to the 20th Party Congress in late April, ahead of his possible reappointment to the top job. The congress is scheduled for the second half of 2022, the official Xinhua news agency reports.

The 68-year-old leader held posts as party chairman and Chinese president that normally go hand in hand for about a decade. If the party grants him a third term, he would remain in power until at least 2027.

The Shanghai government’s response to rising COVID-19 cases since April has generated “citizen condemnation” for “empty store shelves, lack of access to health services” and rules that “separate the infected children of their parents”. writes Amy Gadsdenassociate vice provost for global initiatives at the University of Pennsylvania.

Chinese Premier Li Keqiang warned this month that China’s labor market is “complicated and severe” if China sticks to zero COVID. His comment could be a veiled criticism of Xi’s response to the pandemic, Huang said.

The shutdowns in Shanghai, following those of China’s tech hub in Shenzhen, have sent global supply chains plummeting due to labor shortages in transport, logistics and factory work.

“From what we can see from the outside, he doesn’t look very much in danger of not getting a third term,” said Denny Roy, senior fellow at the East-West Center think tank in Hawaii. “COVID is a problem and the zero-COVID policy prolongs it, but I don’t think the COVID problem is necessarily fatal for Xi. It’s not clear that much of the party’s senior leadership would be supportive. to do something very different.”

The leader’s policies outside of the pandemic have broad party support, Roy said.

The Chinese president will spend the rest of 2022 doing everything possible to prove zero COVID works, experts say. Authorities have already avoided severe lockdowns in Beijing despite rising case numbers there, a possible lesson from Shanghai.

“China is not a democracy and dissent is not tolerated, but public opinion matters nonetheless,” Gadsen wrote. “Xi is in a tough spot as the spread of the omicron variant strains efforts to maintain the zero-COVID policy.”

Zero COVID runs the risk of failure if even one infected person steps out of line, said Wu Chia-yi, an associate professor at the National Taiwan University College of Medicine’s faculty of nursing.

“If the zero-COVID policy is taken really really strictly and if people really don’t go out and get infected, then of course that (won’t spread), but there will still be cracks,” Wu said.

Without the policy, China could see up to 100 million confirmed coronavirus infections, Huang said, citing Asian media estimates. He said the figure would “scare people” and could lead to greater economic losses.