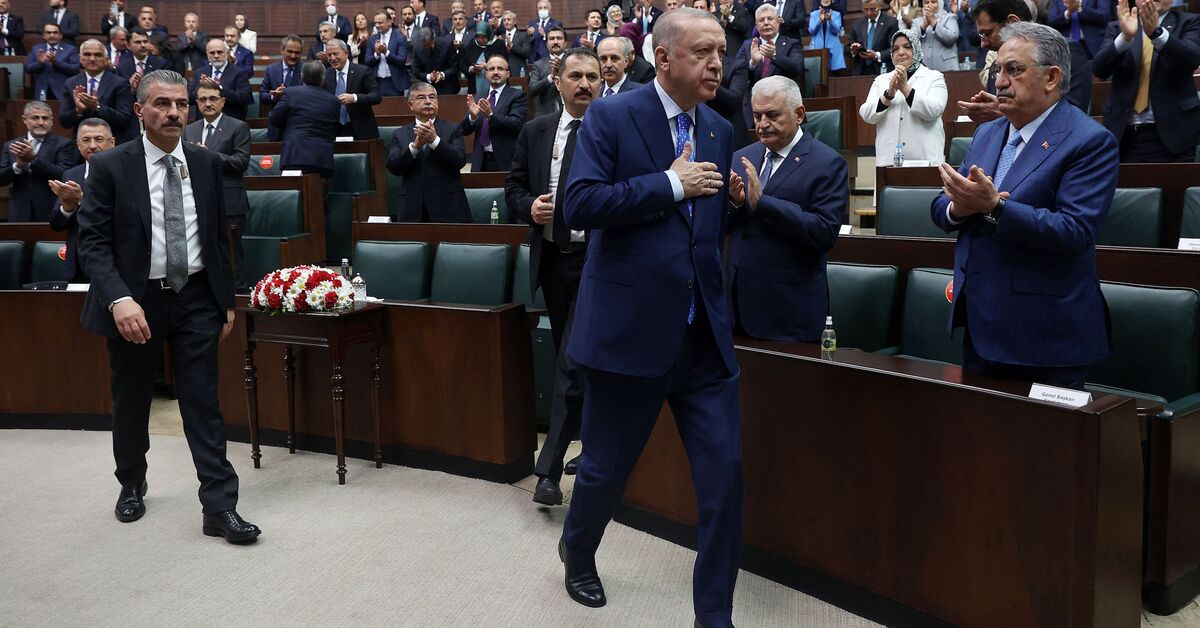 There are several reasons for Turkish objections to NATO expansion in Sweden and Finland.

First, following Turkey’s purchase of the S-400 air defense system from Russia in 2019, the United States withdrew Turkey from the F-35 fighter jet program. By acquiring some 120 F-35s in the early 2030s, coupled with the introduction of the locally designed and manufactured national combat aircraft, Turkey would have become the preeminent air power in its vicinity.

Ankara has also pressured its allies to buy advanced air defense systems for years, particularly the US-made Patriot missiles. In the mid-2010s, various NATO allies sent their Patriot batteries to protect the Syrian border from Turkey. The withdrawal of US air defense forces in 2015 at one of the most critical moments in the Syrian conflictoffended the Erdogan administration. Under Article 5 of the Washington Treaty that created NATO in 1949, member states undertake to defend each other in time of war.

Not getting the Patriots or the F-35s set back Ankara’s geopolitical ambitions. Instead of the F-35s, Turkey expects a vastly improved version of the venerable US F-16s. A smart way for the United States to get Turkey’s acceptance of Sweden’s and Finland’s NATO membership would be for the US Congress to accept the sale of F-16 in Turkey.

Along the same lines, Ankara wants to see other NATO member states lift their formal commitments and informal embargoes against the Turkish defense industry.

The second reason why Turkey opposes the membership of Sweden and Finland concerns the positions of many NATO and EU states on the Syrian conflict. Since 2014, Ankara has found itself at odds with Western countries over their support for the Kurdish-led Democratic Union Party (PYD) and its militias fighting in Syria. The PYD is linked to the Kurdistan Workers’ Party (PKK), an armed group that has been fighting the Turkish state since the 1980s. The PKK is considered a terrorist organization by Turkey, the United States and the European Union.

It is on this point that the Turkish vitriol lingers on Sweden. A senior Turkish national security bureaucrat who spoke to Al-Monitor on condition of anonymity stressed Past meetings of Swedish Foreign Minister Ann Lindes with high-ranking members of the PYD. The Turkish official asked, what do we get out of Sweden [joining NATO]? Under Article 5, allies are expected to protect each other’s borders. Turkish forces regularly conduct exercises and patrols in the Baltic region with NATO allies. Will the Swedish Air Force patrol our southern borders flying over the PKK? If not, maybe we shouldn’t become allies. Or maybe the PKK should defend Sweden under Article 5.

The Turkish official suggested that the Swedish and Finnish applications could be considered separately as Finland has been helpful in Turkey’s EU application. The Turkish official said: If Sweden is serious about its intentions, it should publish a white paper or something on NATO membership, have an honest conversation about what it could and could not do to NATO.

The same official expressed frustration over Turkey’s decades-long wait to join the EU while Sweden and Finland will be fast-tracked into NATO. Turkey waited [in the EU] antechamber for 50 years. Perhaps [Sweden] should be asked to wait 50 minutes.

An Istanbul-based university professor and security analyst thinks Ankara’s criticisms of US and European support for the PKK-PYD in Syria, while valid, are weak. The academic, who also spoke to Al-Monitor on condition of anonymity, pointed out that Russia does not even recognize the PKK as a terrorist organization and still cooperates with the group and even mediates its relations with the Syrian regime. . Yet none of this undermines Ankara’s relations with Moscow.

The academic added, Oppose [Sweden and Finland joining NATO] so publicly is not sustainable. I fear that this public opposition to the membership of Sweden and Finland will bring back the image of Turkey as a Russian Trojan horse that emerged in the wake of the S-400 crisis. What happens if the US Congress does not give us the weapons we want? If this process had been well managed, Turkey could have moved closer to the West. Instead, it turns into bargaining.

A third reason for Turkey’s opposition to NATO enlargement has to do with fears that it could unnecessarily widen the conflict between NATO and Russia over Ukraine. In a recent analysis for the European Council on Foreign Relations, Turkish journalist Asli Aydintasbas pointed out that Turkey’s greatest strategic concern was a NATO-Russia conflict resulting from the war in Ukraine. According to Aydintasbas, Ankara does not want to be caught in the crossfire.

For Istanbul-based geopolitical analyst Yoruk Isik, however, Turkey has nothing to fear from Russia. Isik told Al-Monitor: The war in Ukraine has strengthened Turkey’s hand against Russia. There’s not even anything Russia can do about NATO’s expansion into Sweden and Finland. [Russian President Vladimir] Putin’s recent statement that Finland’s and Sweden’s NATO membership is no threat to Russia is an admission of that. Isik also questioned the Turkish government’s public opposition to NATO expansion and criticized the Turkish Foreign Ministry’s exclusion from such discussions.

Could Turkey get a big deal on Sweden and Finland joining NATO? Such a scenario would imply a decrease in Western support for the PYD-PKK in exchange for an easing of pressure from Ankara on the organization. Adding new arms sales to Turkey would likely seal the deal. With a little patience and recognizing that politics and diplomacy are the art of the possible, the Erdogan government might just get what it wants from NATO.

What are nap dresses? 10 pieces inspired by the cozy cottagecore trend