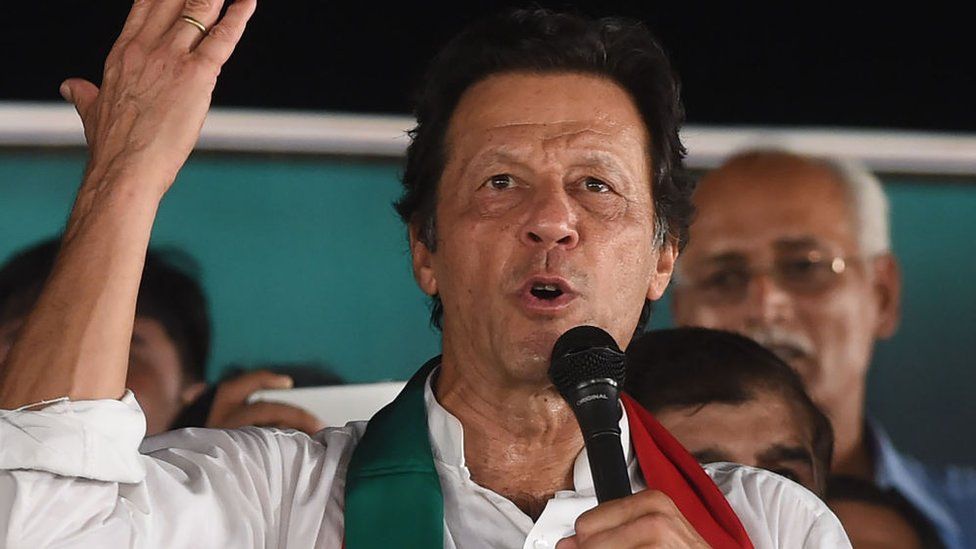 PTI President Imran Khan made an offensive comment about PML-N Vice President Maryam Nawaz during his speech in Multan on Friday night. Politicians, journalists and members of civil society criticized Khan for his “sexist and misogynistic” remarks.

During her jalsa, Khan spoke about Maryam’s gathering in Sargodha on May 19, where she constantly criticized him. He said, “Someone sent me Maryam Nawaz’s speech from yesterday in Sargodha.”

“She mentioned my name so many times in that speech that I want to tell her, ‘Maryam, be careful! Your husband might get mad at you because you kept saying my name.

After saying these things, politicians and members of civil society took to social media to say how wrong he was.

Prime Minister Shehbaz Sharif, who is also Maryam’s paternal uncle, wrote on Twitter that he strongly disagreed with Imran Khan’s remarks and that the whole country, especially women , should strongly condemn the “deplorable language used against the daughter of the nation, Maryam”. Nawaz.

“Your base humor cannot conceal the crimes you have committed against the country and the nation. How could people who cannot respect the sanctity of Masjid Nabawi (PSL) respect the honor of mothers, sisters and Someone’s daughters?”

He continued, “Imran is the first leader of a political party in history to behave so rudely. His group set out to build a country, but instead they hurt the morals of the people. We belong to Allah and we will return to Him. »

“People who live with their mothers and sisters don’t say things like that about other women,” the PPP co-chair said. “Please don’t go to such low levels for politics.”

He also said that everyone’s mother, sister and daughter deserve respect, which was Shaheed Benazir Bhutto’s message to the country.

“I would like someone to also write a letter to the Chief Justice of Pakistan based on personal observations, so that he becomes aware of the situation,” he said.

“These are the same people who want to silence women journalists by calling them sellouts [when they criticize their parties],” she says.

Sharjeel Memon, the leader of the PPP, said in response to what happened: “The things that Imran Niazi said about Maryam Nawaz are very bad. It shows how hard he works and how badly he thinks.

“Imran Khan’s comment about Maryam Nawaz is very rude and something he should never have said about anyone. And I disagree with that without making excuses wrote journalist Mehr Tarar.

Senior reporter Cyril Almeida said, “They don’t like IK despite that, they like IK because of that.”

Rehman Khan’s ex-wife, a journalist, wrote on Twitter: “I’m really ashamed to have been in contact with such a bad person.”

She also appreciated Foreign Minister Bilawal Bhutto-Zardari’s politeness and said “the rudeness of a 70-year-old man” was unacceptable.

Adil Shahzeb, a journalist, wrote that it was “shameful” for IK to say these things about a female politician.

“This person does not know what a mother, sister or daughter is worth. He can’t have his own daughter, but he is giving speeches all over the country to make Pakistan the state of Medina.