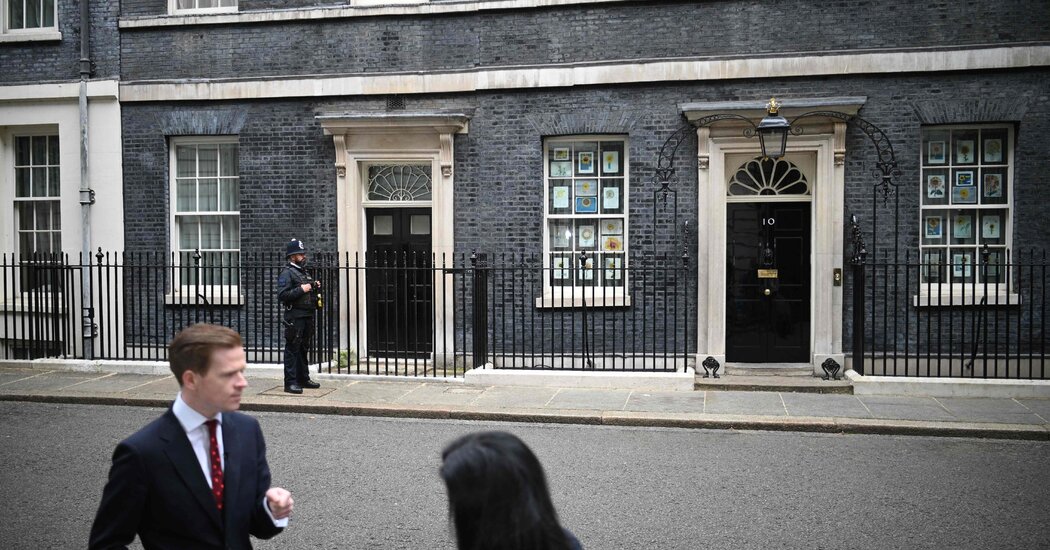 LONDON Prime Minister Boris Johnson chaired an office in which there were numerous breaches of coronavirus restrictions, according to a long-awaited government inquiry published on Wednesday.

The report, written by senior civil servant Sue Gray, included several photographs of Mr Johnson raising a glass at a birthday party held in his honour, which broke the rules and for which he had paid a police fine. He noted that 83 people had broken the rules at parties, during which some had drunk heavily and damaged property.

Yet the report offered no particularly damaging new information about Mr Johnson’s behavior, and even credited Downing Street with changing some of its practices to tackle an office culture that Ms Gray described in a version earlier and redacted from its report as soaked. in alcohol.

Ms Gray did not recommend any punishment for people who broke the rules. But she pointedly said junior workers attended parties that their superiors also attended, suggesting that Mr Johnson and other senior officials deserved the lion’s share of responsibility for breaking the rules.

Ms Grays’ findings were highly critical of Downing Street culture and are likely to increase political pressure on Mr Johnson. A number of these gatherings should not have taken place or developed as they did, the document says.

I have been made aware of multiple instances of disrespect and mistreatment by security and cleaning staff, Ms Gray wrote, adding: This was unacceptable.

Many will be dismayed that behavior like this has taken place on this scale in government. The public has a right to expect the highest standards of behavior in such places and it is clear that what happened fell far short of that, Ms Gray noted.

Mr Johnson faced fresh questions this week over his involvement in parties during the lockdown after ITV News published photos on Monday showing him drinking at a Downing Street rally believed to have taken place on November 13, 2020.

Mr Johnson denied in Parliament that a party had taken place on that date, raising doubts whether he had given a truthful account to his fellow lawmakers. At least one person who attended the event was reportedly fined by police for breaking lockdown laws, so London’s Metropolitan Police are also facing calls over why Mr Johnson escaped to punishment in this case.

The prime minister is expected to make a statement to parliament early Wednesday afternoon when he takes questions from lawmakers, including a number of critics within his own Conservative Party. He is also expected to speak at a press conference and then address his own lawmakers privately.

The release of Ms Grays’ full findings into the scandal was blocked in January when police began their own investigations. Despite everything, his preliminary report, which was made public but with parts redacted was damning, concluding that there were failures of leadership and judgment by different parts of Downing Street and the government machine.

Last week, the Metropolitan Police said their investigations into Partygate were complete, clearing the way for Ms Gray to complete her report.