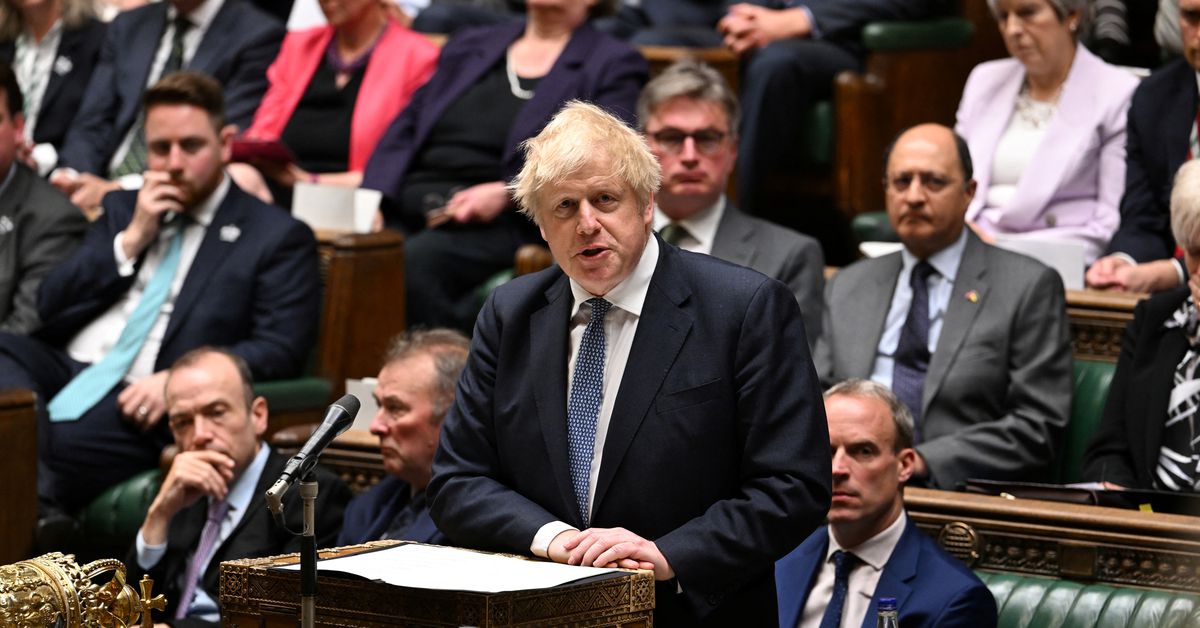 Britain’s Prime Minister Boris Johnson speaks during his statement on the Sue Gray report, in the House of Commons, in London, Britain May 25, 2022. UK Parliament/Jessica Taylor/Handout via REUTERS

LONDON, May 27 (Reuters) – British ministers who breach the government’s code of conduct should not resign, says an official document released on Friday along with an updated version of the rules setting out a range of alternative sanctions.

Behavior at the heart of government is under scrutiny after a series of scandals – including several illegal parties at Prime Minister Boris Johnson’s offices during the COVID-19 lockdown. Read more

The guidance document, released alongside the latest version of the ministerial code, said it was “disproportionate to expect any breach, however minor, to automatically lead to resignation or dismissal”.

Ministers who breach the guidelines were previously expected to be removed from office, although the 2019 code itself does not provide for penalties, only stating that ministers must resign if they mislead Parliament .

While the Prime Minister can ask the Independent Adviser for Ministers’ Interests, who advises him on the code, for advice on the appropriate sanction for breaches, “the final decision rests with the Prime Minister”, the updated code says .

“Where the prime minister retains his confidence in the minister, the sanctions available include requiring some form of public apology, remedial action or removal of ministerial salary for a period,” he said.

In a letter to Johnson in December, current independent adviser Christopher Geidt called for his role to have “significantly greater authority, independence and effect” and criticized that an exchange of messages was not disclosed to him during the investigation into who funded an expensive refurbishment of Johnson’s Downing Street flat. Read more

While the updated code says the adviser can now open an investigation, which only the prime minister could do previously, he is still required to consult with the prime minister, “who will normally give his consent”.

“Lord Geidt’s independence has not increased. He has yet to ask the Prime Minister for permission to investigate. Anything else is bluster,” said Tim Durrant, associate director of the Institute for Government think tank.