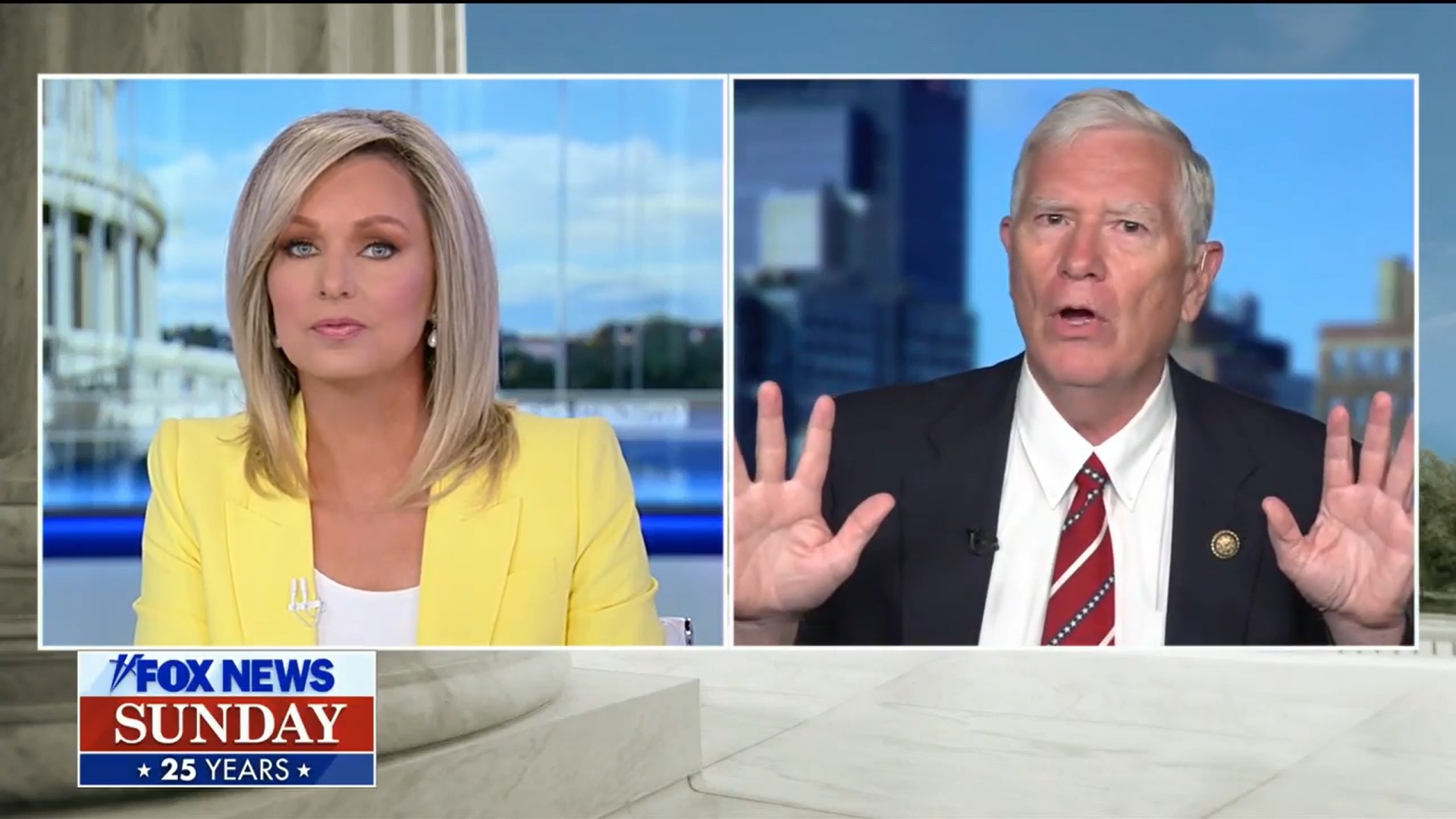 Congressman Mo Brooks, R-Alabama, engaged in a television setback with anchor Sandra Smith on Sunday’s Fox News show on Sunday after Smith began asking the congressman about the presidential election. of 2020 and the unsubstantiated allegations of voter fraud that soon followed.

Brooks, currently locked in a tight runoff for the US Senate with frontrunner Katie Britt, began the heated exchange with Smith after the anchor asked what political action former President Donald Trump had asked Brooks to initiate. after his electoral defeat in 2020.

Brooks was the first sitting congressman to announce his intention to object to the certification of Electoral College results for the presidential race and the only Trump-endorsed candidate to run for office from Alabama. Yet the former president’s rationale for withdrawing his earlier endorsement of Brooks’ Senate campaign in late March was that Brooks had “woken up” and been coerced by his newly hired wizards to avoid discussions of voter fraud without basis and allegations of election misconduct.

Smith touched on this fact during the interview, with the presenter adding a disclaimer that “there is still no proof or proof provided that there was any kind of fraud” in the 2020 election, sending the congressman on the bend.

“That’s wrong; I don’t know why you in the media keep saying that,” Brooks said, playing Smith. “That’s absolutely wrong.”

Smith began mentioning “courts and judges looking into” potential fraud in the election before Brooks cut him off, telling the anchor, “Don’t get in there!”

“I have the final say on this one because you just made a misrepresentation,” Brooks said before Smith finished his statement. “The courts are not the final arbiter of who wins federal elections; Congress is.

Smith then cited a Wall Street Journal article about the abrupt resignation of Wisconsin GOP Commissioner Dean Knudson, where Knudson said, “There is no evidence that voter fraud is the reason Trump lost the Wisconsin, and it’s not for lack of watching,” before suggesting the Republican Party is “moving away from conspiracy theories” and “focusing on issues that affect Wisconsin families and their pocketbooks.”

Brooks followed by listing several false allegations of widespread voter fraud, including a reference to the documentary 2000 Mules: A documentary by right-wing pundit and writer Dinesh D’Souza recently debunked in detail by Reuters.

Smith asked if Brooks had received a subpoena sent by the select committee investigating the January 6 attack on the United States Capitol, commonly referred to as the January 6 committee issued on May 13, Brooks stating that it had not yet been served. a subpoena from the “Witch Hunt Committee”.

“I can say with certainty that I have not received any type of documentation, and there is no subpoena until it has been served on the person to whom it is addressed,” Brooks said. .

When asked if he would testify before the Jan. 6 committee, Brooks said he would demand that it be public, limited in scope to the Jan. 6 events and after the Alabama Senate primaries end.

“I don’t want this witch-hunting committee, Nancy Pelosi, trying to interfere with a Republican primary election for the U.S. Senate in Alabama,” Brooks said.

The second round of the Senate primaries is scheduled for June. 21.