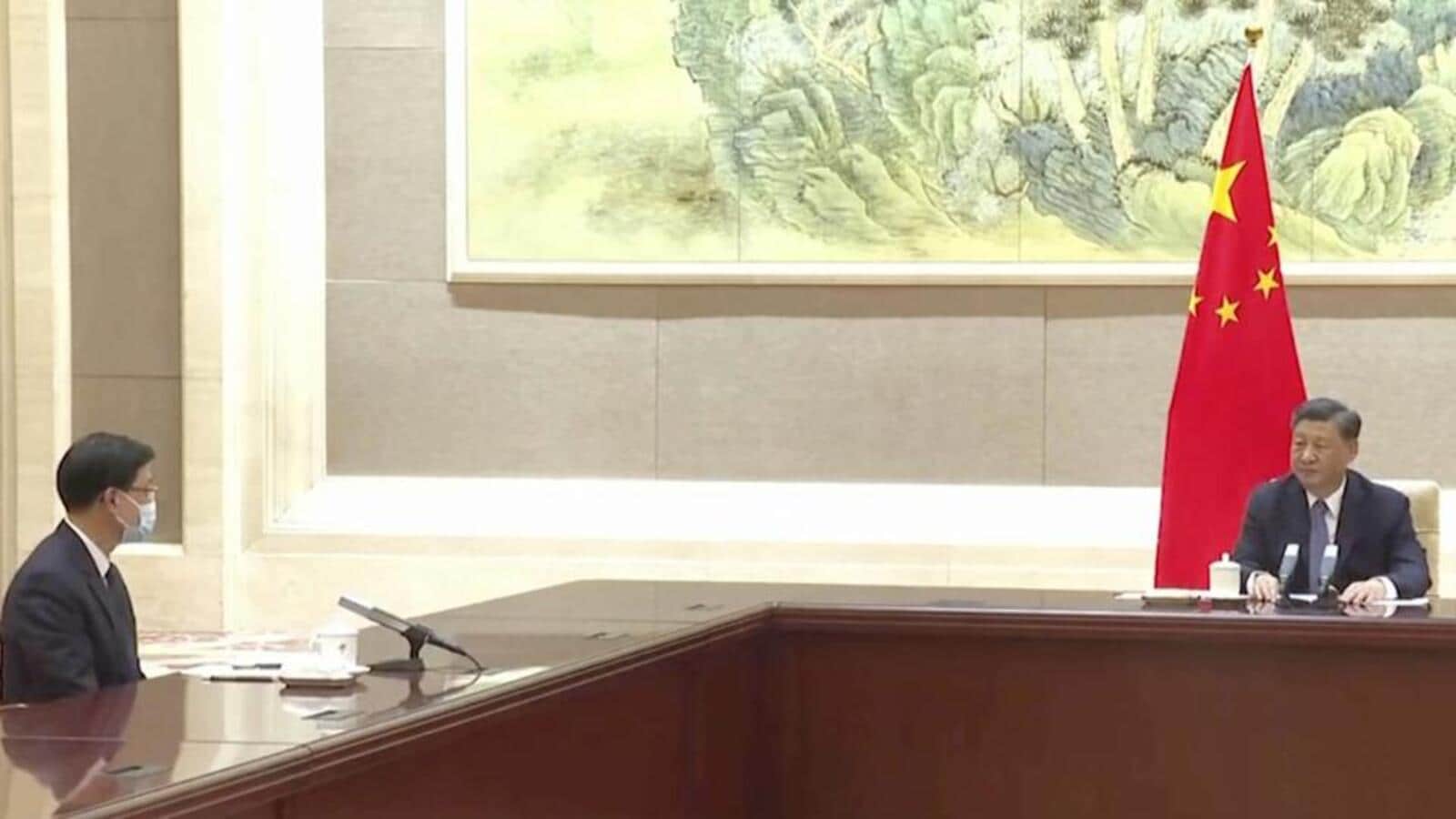 BEIJING: President Xi Jinping met Hong Kong’s new leader John Lee on Monday, telling him he had the full support of central authorities and praising him for safeguarding national security.

Lee, who traveled to Beijing on Saturday to meet with the country’s top leaders, has overseen the crackdown on the democracy movement in Hong Kong, which Beijing administers as a special administrative region under the one country, two systems mechanism.

Xi’s meeting with Lee on Monday coincided with the cancellation of religious services to commemorate the 1989 Tiananmen crackdown when the Chinese government deployed People’s Liberation Army (PLA) troops and tanks to stamp out a student movement for political reform, killing an unknown number of civilians. The annual Catholic Masses were one of the last ways for Hong Kongers to come together publicly to remember the deadly crackdown in Beijing on June 4, 1989.

We find it very difficult in the current social atmosphere, said Reverend Martin Ip, chaplain of the Hong Kong Federation of Catholic Students, one of the organizers.

Our goal is that we don’t want to break any laws in Hong Kong, he told AFP.

In 2020, Beijing imposed a sweeping national security law on Hong Kong to quell pro-democracy protests, which rocked the financial center for several weeks.

Following the implementation of the law, candlelight vigils to commemorate the June 4 crackdown in Tiananmen were banned.

During his meeting with Lee, Xi hailed the new electoral system led by Beijing loyalists in Hong Kong, which he said played a decisive role in implementing the principle of patriots administering Hong Kong, securing the position of the people of Hong Kong as their own master, and to facilitate a good environment in which all sectors of society work together for the development of Hong Kong.

I believe the administration of the new government will definitely create a new atmosphere and compose a new chapter in Hong Kong’s development, Xi said, according to the official Xinhua News Agency.

Hong Kong returned to Chinese rule in 1997 with the promise that many individual rights would be protected.

Pro-democracy activists and rights groups, however, said freedoms had been eroded, particularly since China imposed the new national security law after months of sometimes violent protests in 2019.