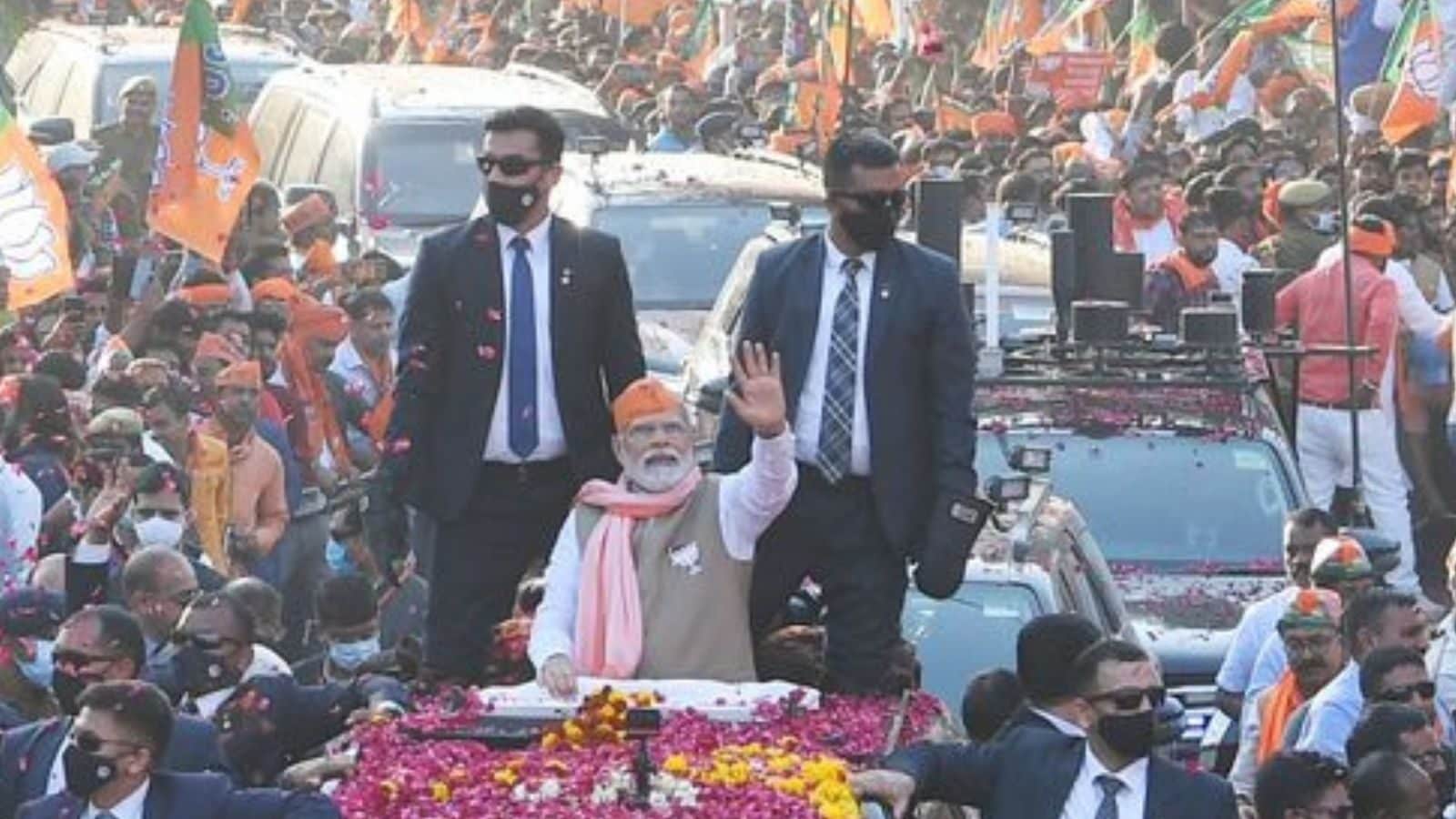 2014 was a watershed year in Indian politics, with the advent of the saffron wave in the country, and the BJP swept the Lok Sabha general elections and conquered the states under the leadership of Narendra Modi, declared candidate for office. as Prime Minister in 2013.

By the time India saw the 2019 general elections, Brand Modi had become huge with the BJP’s dramatic victories in the parliamentary elections of Assam, Uttar Pradesh and Uttarakhand. The BJP received a huge mandate in the 2019 Lok Sabha elections, breaking the 2014 record.

Let’s look at the BJP’s election victories over the past eight years:

The BJP won 86 seats in Assam’s 126-seat assembly in 2016 from then-sports minister Sarabanda Sonowal, ending the 15-year rule of Congress leader Tarun Gogoi. Congress got a meager 26 seats. It was a significant victory for the BJP which had made its foray into the North East with the victory in Assam.

Sonowal thanked Prime Minister Narendra Modi for Assam’s victory and said the people of the state support the BJP because of Modis’ efforts for the development of the country.

Modi had said, I am sure Sarbananda ji will leave no stone unturned for the development of Assam.

Epic victory in Uttar Pradesh in 2017

The BJP won the Uttar Pradesh elections with a massive mandate, riding the Modi wave, securing 324 of the state’s 403 assembly seats – the largest majority of any party in the state. State since 1980.

Former finance minister, the late Arun Jaitley, called the demonetization popular endorsement mandate, which he said was pro-poor and reformist.

Modi had designated Varanasi as the main center of attention ahead of the elections. The Samajwadi Party and Congress won 54 seats and the Bahujan Samaj Party won 19 seats, its worst performance so far in the UP Assembly elections.

Many said the BJP victory in the 2017 UP polls was merely a reaffirmation of Lok Sabha’s results in 2014. Describing the mood in the polls, Milan Vaishnav, in Carnegie Endowment, wrote: More than he vote for the BJP was a vote for Modi. The results create more political space for the BJP to govern and they improve the parties’ electoral prospects ahead of the 2019 general election. Meanwhile, they also add momentum to efforts to recast the party in the Modis mold. .

The first and most obvious conclusion from the BJP victory is that Modi is the most popular politician in India by far. There are simply no opposition politicians, either in New Delhi or in the state capitals, who come close. Indeed, at present, Modi is able to garner more votes than any other Democratic leader on the planet, Vaishnav added.

The BJP performed strongly in the 2017 polls in Uttarakhand and won 57 seats out of 70 in the assembly, while the Congress got only 11 and the other parties got two seats.

The state, which votes alternately for the BJP and Congress, backed the former in 2017, riding the Modi wave as in the previous election Congress managed to gain power with the help of the PDF. Narendra Modi and anti-incumbency against Chief Minister Harish Rawat led the BJPs to win the state.

The BJP has always said that without the tribal vote it cannot win Tripura. A month before winning 43 seats while reducing the CPM to 16 seats, the BJP linked up with the IPFT (Indigenous Peoples Front of Tripura). The tribal party won eight of the nine seats it contested.

Today, peace and non-violence have prevailed over fear. We will provide Tripura with the good government the state deserves, Modi had tweeted.

The main architects of Tripura’s victory were: Maharastra-born RSS pracharak Sunil Deodar, who called on the BJP to confront CPM Chief Minister Manik Sarkar; Biplap Deb who was pitted by the party as a young face; Ram Madhav, a full-time RSS worker since 1981; Himanta Biswa Sarma, who left Congress to join the Saffron Party in 2015. Sarma was the key person in the alliance with the Indigenous Peoples Front of Tripura.

The 2021 BJP victory in Assam underscored the fact that massive protests in the state against the citizenship law in 2019 had no impact on the election results. A new record was created where a first non-Congress alliance won a consecutive term in the state.

Although the government has been praised for its handling of the Covid-19 pandemic, it is unclear whether this was the key factor in taking the BJP to the goal post. But powerful regional leaders like Himanta Biswa Sarma and Sarbananda Sonowal greatly helped the BJP win the elections.

Modi had tweeted, The people of Assam have once again blessed the development agenda of NDAs and our government’s pro-people track record in the state. I thank the people of Assam for the blessings. I appreciate the hard work of NDA Karyakartas and their tireless efforts in serving the people.

Once again, the BJP made history under Prime Minister Modi by winning over 250 seats in the UP’s 403-seat assembly, securing its second consecutive victory in the state, breaking the jinx of three decades of state governments returning to power.

Prime Minister Narendra Modi hailed Yogi Adityanath’s achievement in winning the Gorakhpur seat by more than a lakh vote and suggested that the UP victory would pave the way for the 2024 Lok Sabha elections.

False propaganda regarding EVMs and election materials in recent days has been dismissed, Yogi Adityanath had said, apparently targeting Samajwadi party leader Akhilesh Yadav over allegations of tampering with EVMs.

This time again, the hill state voted for the BJP, abandoning its tendency to choose alternately between the Congress and the saffron party. Despite appointing a host of chief ministers, including Trivendra Singh Rawat and Pushkar Singh Dhami, in just a few months the BJP secured 47 seats in the 70-member assembly.

The dual driven narrative and Modi magic worked for Dhami who lost to Khatima this year.

The work carried out by the Center and the state government during the Covid-19 pandemic which has disrupted the economy of the state, which is heavily dependent on tourism from Char Dham Yatra and Kumbh Mela, among others, has received a positive response. Vaccination in the most remote part of the hills state has been carried out; access to cooking gas, financial aid for girls, free rations, work under MGREGA translated into votes for the BJP.

The BJP returned to power in Manipur by single-handedly winning 32 seats in the 60-member assembly while the Congress only managed to secure five seats. The Naga Peoples Front and the Kuki Peoples Alliance won five and two seats respectively.