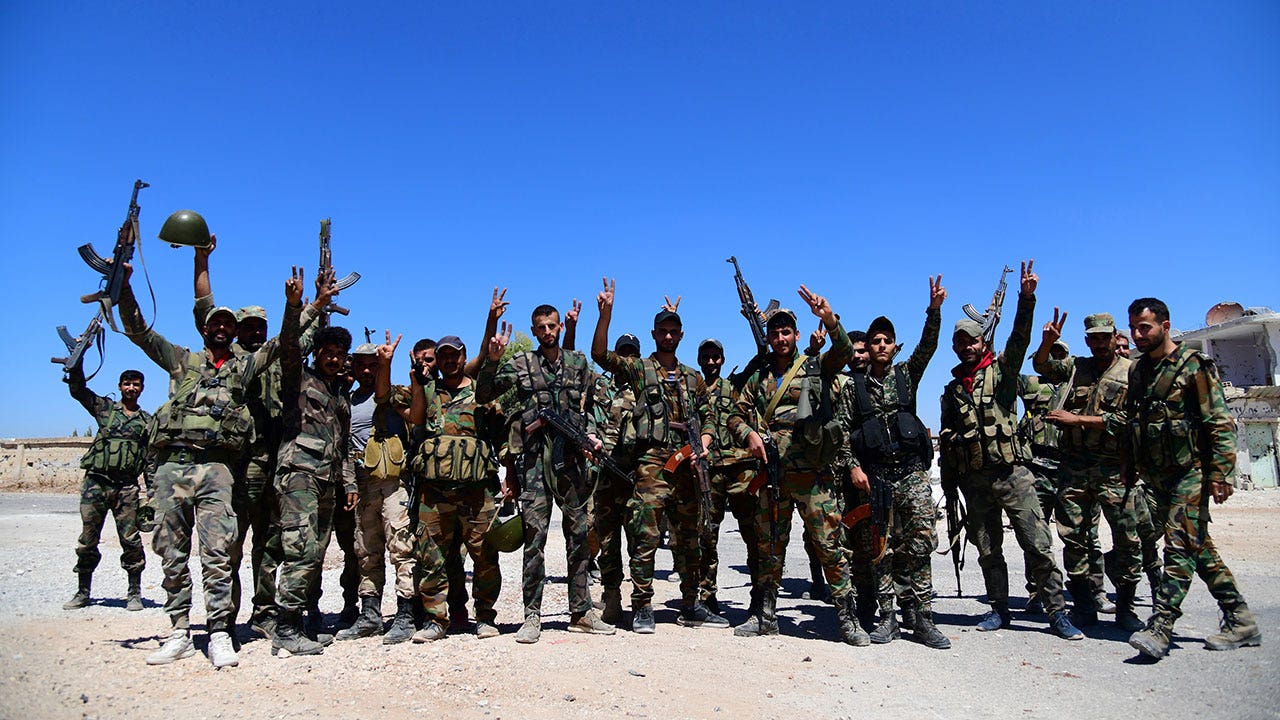 The US-backed Syrian Democratic Forces would coordinate with Syrian government troops to repel any Turkish invasion from the north, the SDF commander told Reuters on Sunday, saying Damascus should use its air defense systems against Turkish aircraft.

Ankara has promised a new offensive on swaths of northern Syria controlled by the SDF, a Kurdish-led alliance run by the Kurdish People’s Protection Units (YPG).

The new threats have highlighted the complex web of ties in northern Syria. While Turkey views the YPG as a terrorist organization, Syrian Kurdish forces are backed by Washington and have also coordinated with the Syrian government and its ally Russia.

SDF leader Mazloum Abdi said on Sunday his forces were “open” to working with Syrian troops to fight Turkey, but said there was no need to send additional forces.

Members of the Syrian army gesture while deployed in Deraa al Balaad, Syria, in this handout released by SANA on September 8, 2021.
(SANA/Handout via REUTERS)

“The essential thing that the Syrian army could do to defend Syrian territory would be to use air defense systems against Turkish aircraft,” he said in a telephone interview from an undisclosed location in the Syrian capital. northern Syria.

Syria sees Turkey as an occupying force in its north, and the Foreign Ministry in Damascus said last month it would consider any further Turkish incursions as ‘war crimes and crimes against humanity’ .

Turkey has backed rebel groups in clashes against Syrian President Bashar al-Assad’s forces and the SDF. It has used fighter jets and increasingly drones to target SDF-held territory, where Syrian Kurdish authorities have established a separate system of governance from Damascus.

Abdi said greater military coordination with Damascus would not threaten this semi-autonomous regime.

“Our priority is to defend Syrian territory, and no one should think of taking advantage of this situation to make gains on the ground,” he said.

Turkish President Tayyip Erdogan has vowed to capture the SDF-held towns of Tal Rifaat and Manbij in Syria’s northern Aleppo province, most of which are otherwise held by Syrian government troops.

Turkish-backed incursions in previous years have driven the SDF out of Afrin’s northwestern enclave and a string of border towns further east.

Abdi said a new offensive would displace around a million people and lead to “wider” combat zones, but did not say whether the SDF would respond with attacks on Turkish territory itself.

He warned it could also lead to a resurgence of Islamic State, which the SDF has driven out large swaths of territory in northern and eastern Syria with US air support.

SDF fighters guard the camps and prisons where IS fighters and IS-affiliated families are held and redeploying these guards to fight Turkey could leave security gaps.

He said he hoped an upcoming meeting between the foreign ministers of Russia and Turkey could lead to de-escalation, but said any negotiated settlement must include stopping Turkish drone attacks in the northern Syria.

“That would be one of our core demands,” he said.

Merril Hoge on the LB core: probably the worst in football