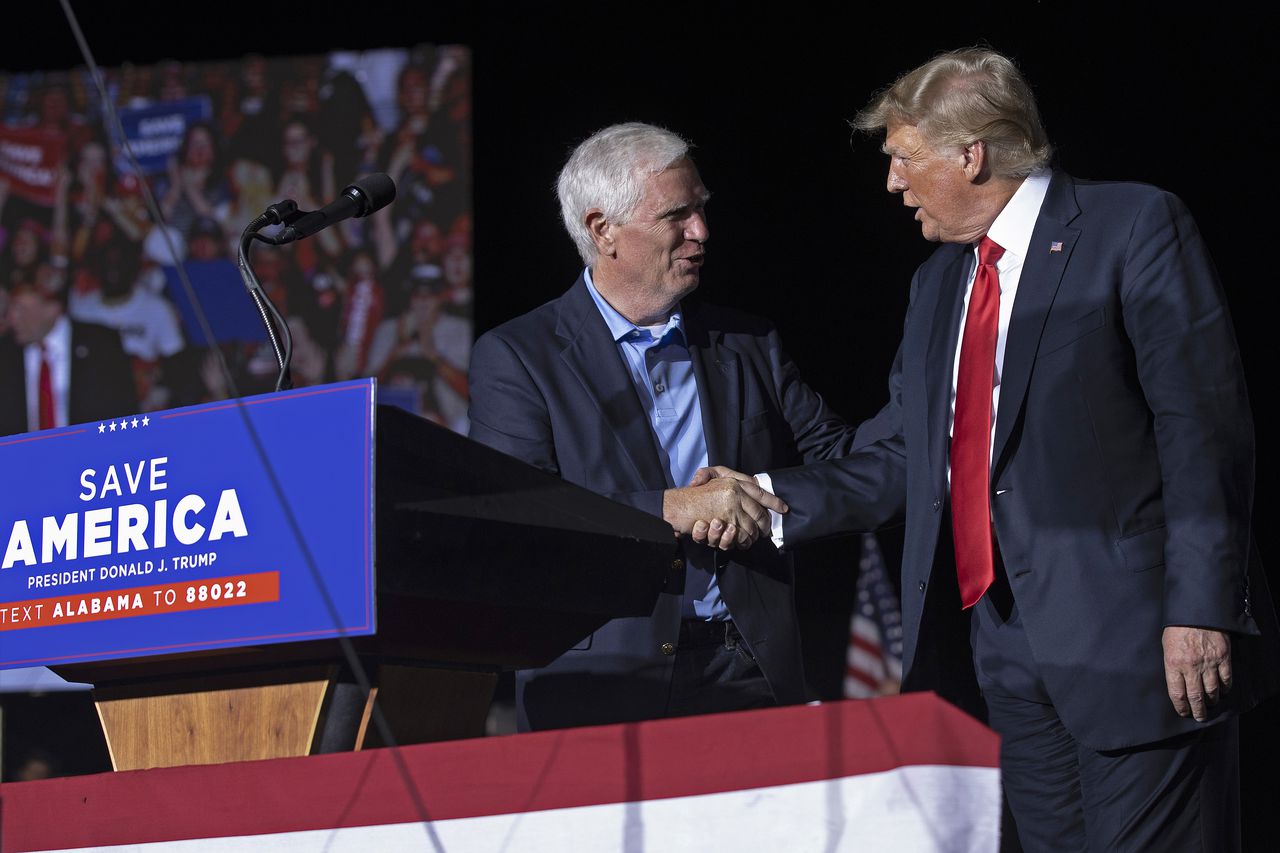 This is an opinion column.

In 2016, Mo Brooks said that Donald Trump should not be trusted before ceding his loyalty to the reality TV president.

Six years later, he learned that lesson the hard way, having brought the agenda of former MAGA presidents to the brink of insurrection and being unceremoniously dumped when he was unwilling or unable to go any further. .

It’s abundantly clear that Donald Trump has no loyalty to anyone or anything but himself, Brooks told me this week.

Is it sour grapes or just a fact?

Brooks was once Trump’s loudest and fiercest lawyer. How this bromance ended says something important. It could be more than Trump and Brooks going their separate ways. The MAGA movement itself seems to be falling apart.

Trump would like you to believe that the most important moment in the Alabama Senate race happened in Cullman last November.

He may be right.

It was there, in front of thousands of Trump supporters who marched in the rain and braved the lightning bolts of the late afternoon thunderstorm when someone said the wrong thing and all those people said it. boo.

Trump wants you to remember that the guy who lost the script was Congressman Mo Brooks.

Indeed, Brooks told the crowd that it was time to move on to the 2020 election.

There are people who are discouraged by the fraudulent election theft of 2020 voters, Brooks told a crowd already eager to hear from Trump. People, put this behind you.

Guys, put that behind you, Brooks repeated.

A wave of angry Trumpists shouted No!

But the crowd didn’t have it. Eventually, Brooks conceded and put his hands up.

Brooks would never win back the crowd that night, and months later Trump would say that was when the congressman lost support in the Senate race. (Let’s be clear, Trump withdrew his support when Brooks began to slide in the polls.)

Mo Brooks of Alabama recently made a horrific mistake when he woke up, Trump said of the moment four months after it happened.

But perhaps the most curious thing that happened in that Cullman County pasture wasn’t Brooks running off the Trumpist tracks.

Rather, it was Trump himself who got booed.

That night, Trump took credit for Project Warp Speed, the government-backed race to develop the first Covid vaccines, and he absolutely deserved credit for supporting the program.

It didn’t sit well with some in the crowd, though.

You know what? I totally believe in your freedoms, I do. You have to do what you have to do, but I recommend getting the shot, he said, patting her on the shoulder. I did it. It’s good. Take the vaccines.

Boos again from the crowd.

No it’s okay. It’s good, he said. You have your freedoms, but I happened to take the vaccine.

More murmurs from the crowd.

If it doesn’t work, you’ll be the first to know, he said, this time drawing laughter from the crowd.

Trump had grazed the treetops without hitting the mountain, but the moment once again confirmed something important.

Trump and Trumpism are not the same thing. And tonight made it clear.

The months that followed may have revealed something else in Alabama: Trumpism is fading.

His endorsement of Brooks was for naught, so he withdrew it.

Now Trump has endorsed Brooks’ opponent, Katie Britt, whom Brooks has tried to cast as a lobbyist and watchdog for Senate Minority Leader Mitch McConnell.

Again, it’s clear that Britt had a strong lead in the second round and has performed well in the polls since the primary.

Brooks has since said Trump was lost in the swamp, duped by the creatures of DC, including McConnell, whom he once opposed.

But something more important is happening here: Trump and Trumpism could be at odds. It’s happened elsewhere and it’s happened here before when Trump couldn’t convince Trump fans to back Luther Strange for the Senate or Roy Moore after Strange lost the GOP primary.

I asked Mo Brooks what he thought of Trump’s final choice. He didn’t hold back. Trump is still suing voters after too many losses, he said.

Donald Trump has just been handed the lead by Georgia voters, after losing five major races in which he endorsed, and he is trying to restore his mark, Brooks said on Tuesday. And he looked at who he thought had the best chance of winning and that’s who he approved. It had nothing to do with the philosophy of the government other than that it abandoned the conservative movement and the MAGA agenda in order to try and improve its brand reputation.

Like Strange, Britt is an establishment candidate. She has experience in Washington and elite support. Their super PACs gave her the aerial support and ubiquitous billboards she needed to reach the top.

Brooks challenged Britt to a debate, which is her right to do so, but sadly that’s no longer a custom in Alabama politics. He called himself MAGA Mo Brooks, which he has every right to do, after all he was the first representative to push Congress to void the 2020 election.

On Twitter, Brooks said he only had two questions for Britt: was the election stolen and did Trump really win?

I say yes to both, said Brooks. Katie can publicly accept or reject this debate challenge on any of her social networks.

I called Britt to ask her directly. Regardless of Brooks’ intentions, these are important questions and voters deserve to know what she thinks. She said she had already answered Brooks’ questions.

I think I’ve answered it many times, actually, so I’m happy to tell you, she said. I answered it probably 30 times. So I will send it to you.

Britt said she would ask her rep to send me her response. I asked her if she had ever answered it so often why she couldn’t do it over the phone. There was a long pause.

OK, well, I’ll get Sean (Ross, his spokesperson) and get back to you right away, she said.

Ross then emailed me a statement.

Katie has nothing new to add to her many comments throughout the campaign on this topic, he said, adding a link to this story.

Trump’s legacy is one public servant after another sacrificing their careers and destroying their reputations, none having learned from the example set by the last person who did the exact same thing.

Like Brooks last November, Trump was unsure what to do in Alabama. But he needs a win because another loss, like in Georgia, could have people nationwide returning to the old question: Are Republican voters following Trump or is Trump following the voters?

By changing his endorsement, he gave us an answer.

It follows the crowd, not the other way around. He and Britt hope you don’t notice.

They tiptoe away from the circus and let Brooks tear down the tent.

Death is the new routine. Alabama officials seem to agree with that.

Show us what’s in your purse, Kay Ivey

Robert Bentley is still lying (and we took notes)

An innocent man is on death row. Alabama officials seem to agree with that.

External advisory board on commerce innovation is back in action