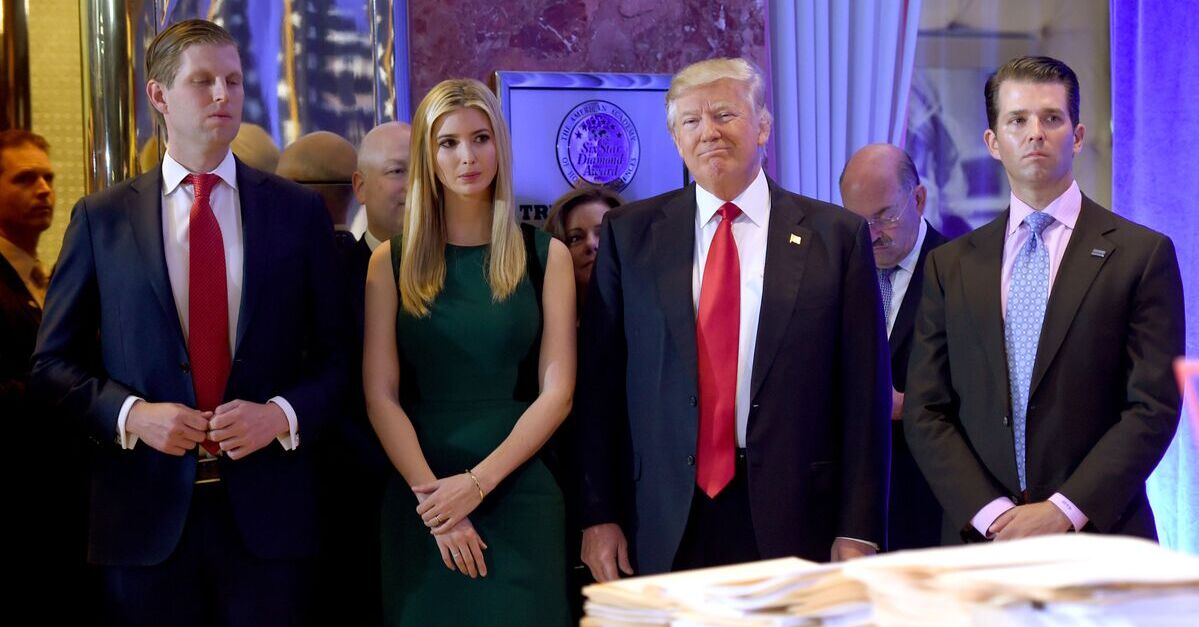 Former President Donald Trump and several of his adult children lost another attempt to avoid sitting for depositions in a civil fraud investigation led by New York Attorney General Letitia James (D) after the highest court of the state rejected their last appeal on Tuesday.

The Empire State Court of Appeals, the highest court in the state, dismissed Trump’s appeal from a May 26, 2022 ruling against him and his family “on the grounds that there are no substantial constitutional issues.” is directly involved”.

Last month, the Appeals Division of the First Judicial Department, one of the state’s geography-based intermediate appeals boards, upheld a February trial court’s order that dismissed the Trump family motion to quash these subpoenas.

Trump’s attorneys, in various motions and hearings, have essentially echoed the 45th president’s complaints that James’ investigation is part of a political “witch hunt” against him. Specifically, they argued that the state attorney general may be unethical for keeping his campaign promises to investigate alleged financial wrongdoing by the Trump family. Additionally, the family’s attorneys argued that answering the questions under oath would violate their Fifth Amendment rights against self-incrimination, as adverse inferences can be drawn when that right is invoked in a civil investigation.

Now, all the way from the lower court to the state’s highest court, New York judges have rejected those arguments.

“Ultimately, a state attorney general begins to investigate a business entity, uncovers extensive evidence of possible financial fraud, and wishes to interview, under oath, several of the entity’s principals, including its namesake.” , wrote Manhattan Supreme Court Justice Arthur Engoron. in its original order ordering depositions to proceed. “She clearly has the right to do so.

In often scathing language, the trial court noted that James’ investigation was based on the “congressional sworn testimony” of former Trump friend and fixer Michael Cohen, in which he claimed that the he Trump organization had probably inflated the assets of insurance companies. Cohen also said the company’s tax returns were likely to contain similar financial irregularities.

James says his office uncovered evidence that the eponymous Trump family business inflated the value of various land assets for more favorable loan and insurance terms and that their tax returns deflated the value of some assets in order to pay lower tax rates. Among those disputed properties are Trump-branded golf courses, skyscrapers and Donald Trump’s personal penthouse in Manhattan.

Now they will probably all have to sit down and discuss these claims.

The former president, his eldest son Donald Trump, Jr., and eldest daughter Ivanka Trump have previously indicated they will sit for depositions on July 15, 2022 if the Court of Appeals declines to intervene in the typically protracted legal dispute.

According to James, Eric Trump asserted his Fifth Amendment right more than 500 times during his October 2020 deposition.

Trump had also sought to suspend the subpoenas in a motion filed with the court. Since the court isn’t even considering the case, that request was dismissed in Tuesday’s order as “academic.”

Law&Crime has contacted two Trump family attorneys, but no response was immediately received as of press time. A similar request for comment was also left in James’s office.

[image via TIMOTHY A. CLARY/AFP via Getty Images]