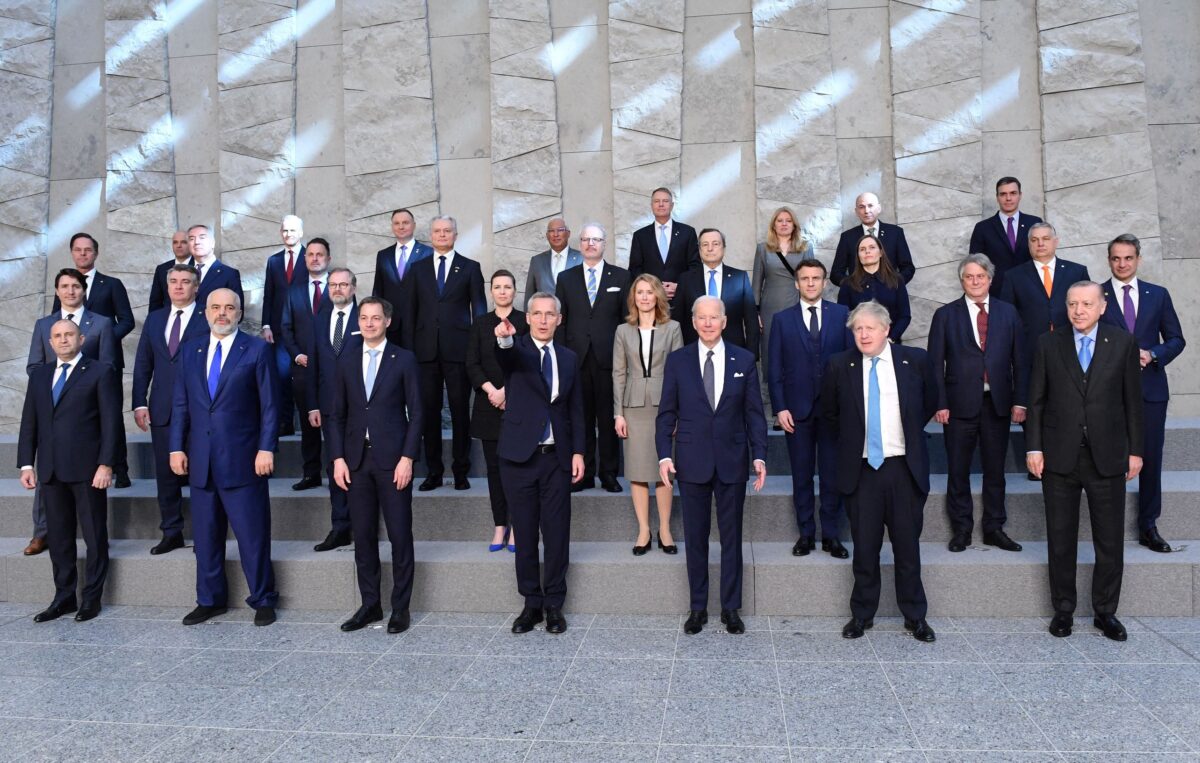 Democracies finally understand that they must use their economic assets to defend themselves.

The United States and Europe together have twice the economic power of China and Russia and could use it more effectively and proactively to pressure Moscow and Beijing through tariffs, sanctions , embargoes, export controls and price caps. Economic pressure could end the territorial aggression of Russia and China or even democratize these two recalcitrant dictatorships.

A proposal for an economic version of NATO, the Western Security Alliance, is put forward by former NATO leaders. Current administrations in the United States, Canada, Italy and Ukraine support related economic coordination.

If China were to impose economic sanctions on Australia or Lithuania, for example, a new alliance focused on exploiting the market power of democracies could retaliate as a group with its own embargoes, sanctions, tariffs and caps. price.

Joint economic action would protect the smallest and the largest democracies. The economically weakest on the periphery of the herd would thus be less likely to be harassed or influenced.

Former NATO chief Anders Fogh Rasmussen calls for the creation of an economic version of the Article 5 Mutual Defense Commitment that defines the transatlantic military alliance to thwart trade coercion from authoritarian states, according to a June 9 Financial Times article.

Rasmussen offers that all democracies should immediately stop Russian oil and gas imports.

This would serve as a first step towards better economic coordination against the world’s worst dictators. However, it can demand secondary sanctions against any country that violates the agreements for short-term gain.

India, for example, took advantage of the sanctions imposed on Russia, which reduced Russian energy prices compared to the world market price, to negotiate a ballpark price 35 percent discount on oil. This finking seriously weakens the power of democratic sanctions against Moscow.

An alternative approach is for all democracies to impose a 35% tariff on Russian exports, which would keep the oil in circulation but punish Moscow and deprive it of funds for its military.

Whatever the strategy, a more coordinated approach is needed, according to Rasmussen. He is absolutely right.

The United States, Canada and Ukraine offers a Democratic buyers’ cartel in May that would impose a price cap or tariff on Russian oil and gas.

Italian Prime Minister Mario Draghioffers similar measures and said they could be applied to oil globally. Draghi is the former President of the European Central Bank.

The idea is to create a cartel of buyers, or persuade big producers, and Opec in particular, to increase production, which may be the preferred route, Draghi told The Times. On both paths, there is a lot of work to be done.

A democratic buyers’ cartel also reduces energy inflation in participating countries, either by forcing Russia to sell its energy for less or by reinvesting tariff revenue in energy infrastructure, renewables or subsidized extraction. hydrocarbons, for example.

It could also put pressure on other illiberal dictatorships, in China, Iran and Venezuela, for example, to liberalize their economies and political systems. This would act as a counterweight to OPEC, which is a cartel of oil exporters.

The Europeans would act in concert to set a lower price than what they currently pay for Russian energy, according to the Washington Post.

The calculation is that if Europe acts in unison, Russia would be forced to accept lower prices or suffer a collapse in oil revenues. Some experts have suggested that secondary sanctions could be considered for other countries, such as India, that try to lower the price cap by paying higher prices.

The same cartel of buyers could also negotiate lower export prices from China to deter its territorial aggression and human rights abuses.

NATO’s economic proposal is inspired by NATO’s Article 5, which states that a military attack on one ally is considered an attack on all, wrote Rasmussen and Ivo Daalder, former US ambassador to the United States. NATO, in a report, according to the Times.

The objective is to produce the same deterrence and solidarity in the economic field between democracies that NATO produces in the security field. It’s time to tell the bullies that if they poke one of us in the eye, well, they all push it back.

Rasmussen and Daalder propose that an economic engagement under Article 5 could be implemented through existing structures such as the G7, according to the Times. But Rasmussen and Daalder said other democracies should be involved and an autonomous organization may need to be created to manage the new guarantee.

Russia has militarized its energy exports to Europe in a bid that has so far failed to deter NATO involvement in Ukraine’s defense. If Russia refuses oil and gas exports to Europe this winter, it could lead not only to a worsening of energy price inflation, but also to a considerable increase in electricity power outages = blackout. Many European and British power stations depend on gas imports, much of which comes from Russia.

There are geostrategic interests,” Daalder said, which may have to trump economic interests in a way that probably wasn’t true in the past 30 years, but must be in the next.

In addition to a NATO economic cartel and democratic buyers, democracies should coordinate tighter controls on strategic exports of raw materials and technology to China and Russia.

The Committee on Foreign Investment in the United States (CFIUS) and the Coordinating Committee on Multilateral Export Controls (CoCom), active during the Cold War, can serve as models.

The Wassenaar Arrangement on Export Controls for Conventional Arms and Dual-Use Goods and Technologies, which replaced the CoCom in 1996, has been less effective.

If Washington expanded CFIUS to all democracies, it would mean that Beijing could not go to Taiwan, for example, if the United States and Europe denied semiconductor technology to China.

A revival, strengthening and expansion of the CoCom and CFIUS concepts could stop the export of sensitive technologies and strategic materials, including energy and other important commodities, to China and Russia. This would prevent them from building the massive economies and armies necessary for their territorial expansion.

Germany, as usual, is dragging its feet on all economic measures against Moscow, and the Biden administration is essentially differing while lightly selling the idea of ​​greater coordination.

The world’s democracies will need more leadership from Washington to coordinate the level of price caps, tariffs, embargoes and sanctions.

These could and should be adopted at the upcoming NATO and G7 summits in Spain and Germany, respectively. But Washington will have to do more than soft-sell the ideas. Countries like Germany and India, which resist economic measures against Moscow, may have to pay a short-term price to follow their long-term interests.

Washington must take the initiative before it is too late. This will require real leadership and more impactful strategies.

Anders Corr holds a BA/MA in Political Science from Yale University (2001) and a PhD in Government from Harvard University (2008). He is a principal at Corr Analytics Inc., publisher of the Journal of Political Risk, and has conducted extensive research in North America, Europe and Asia. His latest books are The Concentration of Power: Institutionalization, Hierarchy, and Hegemony (2021) and Great Powers, Grand Strategies: the New Game in the South China Sea” (2018).