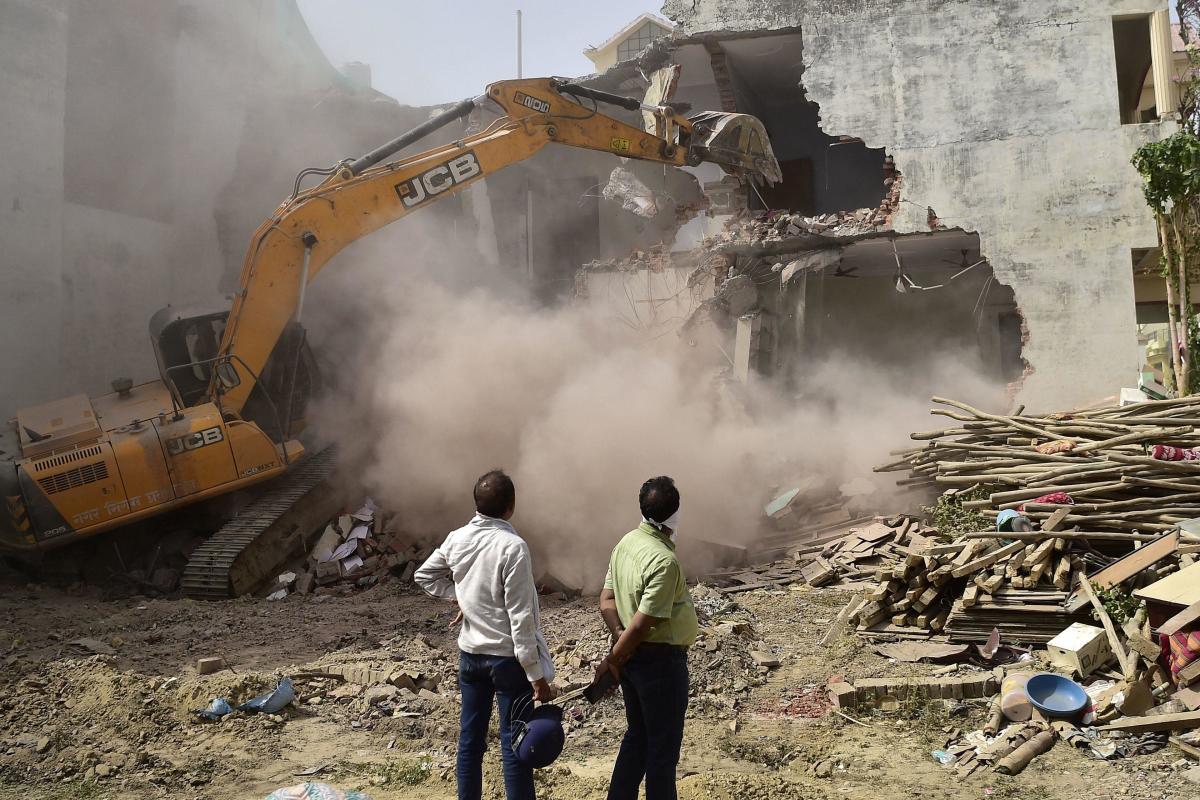 India’s Supreme Court in New Delhi on Thursday warned the Uttar Pradesh state government against the controversial practice of demolishing the homes of Muslim protesters accused of inciting violence during nationwide protests last week, but she refused to order a halt to the demolitions.

“Demolitions must be in accordance with the law, they cannot be retaliatory,” the highest court has said, responding to a case brought by Muslims in Uttar Pradesh who allege the state government punished members of India’s 200 million strong Islamic minority to take part in protests.

Protests have erupted in several states on June 10 following disparaging remarks made by prominent members of Prime Minister Narendra Modi’s political party about the Prophet Muhammad. The mostly Muslim protesters demanded the arrest of Nupur Sharma and Naveen Jindal, the ruling Bhartiya Janata (BJP) party officials who made the remarks. Both were fired by the party.

Hundreds of protesters were arrested the same day, and a day later authorities in at least two towns in Uttar Pradesh sent bulldozers to raze the homes of some of the protesters accused of rioting.

One of the demolished houses, in Prayagraj district, belonged to the father of Afren Fatima, a prominent student activist. Her father, local politician Javed Mohammad, was accused of planning the protests, some of which turned violent.

Uttar Pradesh police have arrested more protesters since the demolitions, taking a total of 357 people into custody according to a report by the Times of India. Some of these families have expressed concern that their homes could still be destroyed under the Uttar Pradesh government’s practice, which has been described as “bulldozing justice”.

The state government insists demolitions are only carried out on ‘illegal constructions’, but millions of homes across India have been built without planning permission, leading critics to wonder why only the houses of the demonstrators are destroyed.

CU Singh, a lawyer for the petitioners who took the case to the Supreme Court, accused the government of targeting the Muslim community. A representative of the Uttar Pradesh administration insisted in court that “the normal course of the law” had been followed.

The Supreme Court has asked the Uttar Pradesh government to file a response to the allegations by June 21, when it will hear the case again. The court said it would not stop the demolitions in the meantime, rejecting the resident’s request for an interim stay and raising the prospect of further demolitions in the coming days.

“We cannot suspend the demolitions. We can say to go ahead according to the law,” Supreme Court Justices AS Bopanna and Vikram Nath said in their statement on Thursday.

“Everything must be fair (…) we expect the authorities to act only in accordance with the law,” added one of the judges.

The court petitioners allege the demolitions were “unlawful, shocking and appalling”, and they are seeking legal action against the government officials who ordered the homes to be razed.

Earlier this week, several senior former judges and lawyers wrote a joint letter to India’s Chief Justice urging him to take note of the “brutal crackdown” and “violation of citizens’ rights”.

Many of these countries have registered official protests with India, and officials from two Gulf states have called for boycotts of Indian products.

Prime Minister Modi’s Hindu nationalist government has been accused of deliberately trying to marginalize the country’s Muslims through legislation and other moves. Modi and others in his party vehemently deny allegations that they fuel bigotry.

Shawn Amos grew up as the son of ‘Famous Amos’