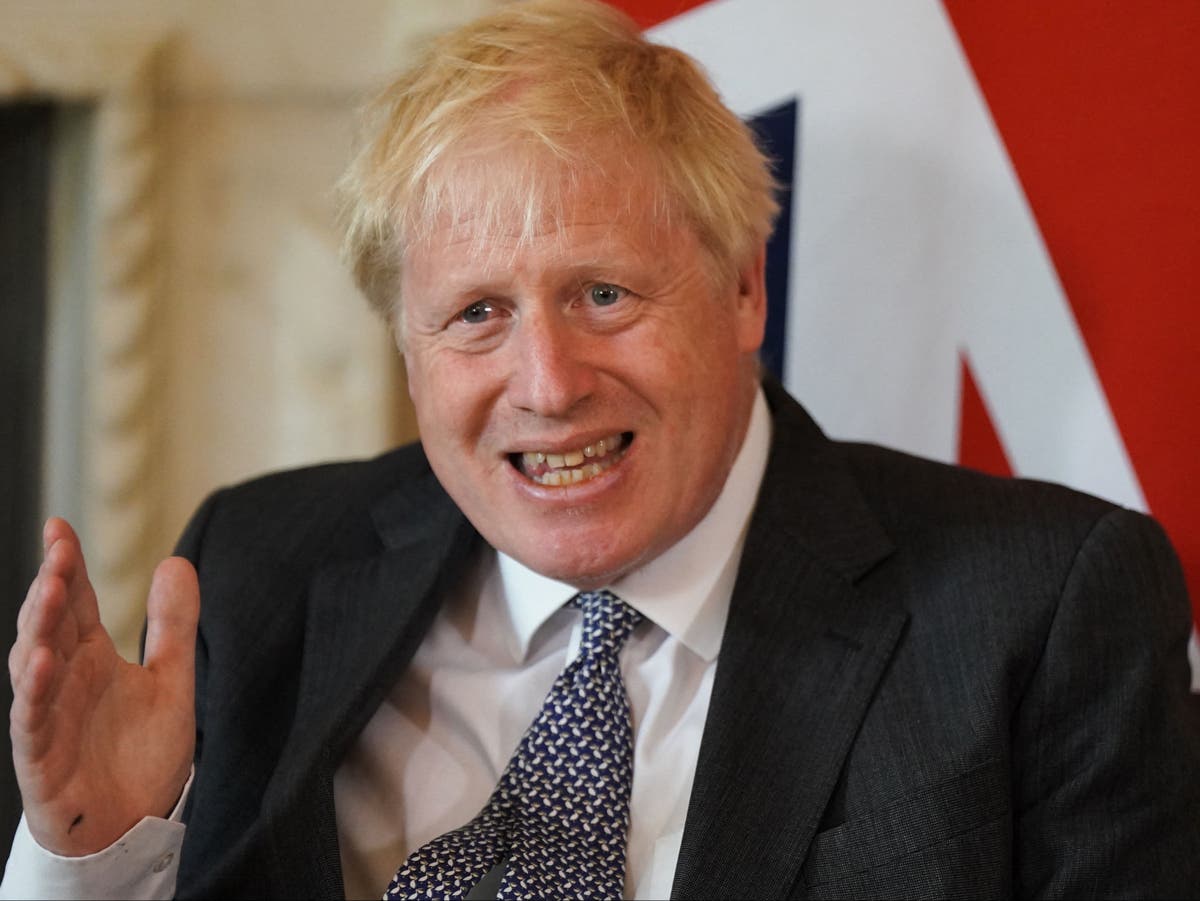 The former Government anti-corruption champion says Boris Johnson must find a new ethics adviser to replace Lord Geidt, who resigned from his post earlier this week after being placed in an impossible and abhorrent position.

John Penrose, who quit his own post earlier this month following the Prime Ministers’ response to the Partygate scandal, made the comment after reports suggested Lord Geidt would not be replaced.

You can’t just pretend it doesn’t matter and there’s no work to be done, he told BBC Radio 4s Today’s program.

Referring to the unfinished inquiry into renovations to Downing Street flats, Mr Penrose added that it was important not to leave really very damaging questions unresolved.

Lord Geidt has become the second ethics adviser to quit in less than two years under Mr Johnson, with the Committee on Standards in Public Life (CSPL) warning the PM not to go ahead with plans to replace the high-level adviser with an anonymous committee of officials to oversee the ministerial code of conduct.

Removing the post of adviser would be a step backwards that could further damage public perception of the standards, said CSPL chairman Lord Evans.

Prime Minister will fail to level up unless he increases spending and devolves tax powers, warn northern Tories

Boris Johnson’s promise to level the country will fail without dramatic devolution and tax cuts, northern Tories have warned.

Jake Berry, chairman of the Conservative Northern Research Group, said spending in the North should match the higher levels seen in London.

You can’t have radical missions without having a radical funding formula, Berry M. Johnson warned.

Political strategist Lynton Crosby attended the first ministers’ meetings at 8.30am, a source told the Guardian.

Source #10 said the talks were political and not about government business.

Labor has denounced what they claim was Mr Crosby’s inappropriate access to high-level government decision-making.

Following up on my previous article, here is Rob Merrick, our Associate Political Editor, with more insight into John Penroses’ comments this morning:

Business Secretary Paul Scully has defended the Prime Minister against an attack he launched on lawyers.

Boris Johnson has accused the lawyers of encouraging criminal gangs by trying to block the Home Office’s planned deportation flights of asylum seekers to Rwanda.

We believe we have done so in a fair and reasonable manner, and no court has yet ruled that the Rwanda deal was illegal, Scully said. Times Radio.

Asking if he thought Mr Johnson’s comments were appropriate, Mr Scully said: I think the net result is that if we block action to tackle the situation in the Channel then invariably the traffickers of human beings will continue to ply their hideous trade and push people towards small canoes and risk their lives.

John Penrose, the Tory MP for Western-super-Mare, left office earlier this month after accusing the PM of breaking cabinet code on Partygate.

Speaking to BBC Radio 4s Today’s program On Friday about reports that Lord Geidt will not be replaced, he said: Obviously you can change the role a bit, but you shouldn’t weaken it.

You can’t just pretend it doesn’t matter and there isn’t work to be done.

Referring to Lord Geidts’ unfinished inquiry into the refurbishments of Downing Street flats, he added: I think one of the reasons why it is important to have some continuity, why it is important to have if not an accurate replacement, then an effective succession here is to make sure that you don’t leave really very detrimental issues unresolved and that anything outstanding is not just forgotten and lost.

Ministers rushed to defend Boris Johnson’s case after his ethics adviser Lord Geidt resigned over being placed in what he called an impossible and abhorrent position.

Ask by Sky News if he thought the Prime Minister met the highest standards demanded of his office, Mr Scully said yes. Yeah… I can, he said.

As far as the Prime Minister’s behavior is concerned, he rightly wants to draw a line under the so-called party because people are more worried about the cost of living, what it’s going to mean for their mortgages and their bills in the days and months to come, Mr. Scully asserted.

The Business Secretary added that there would be no need to replace Lord Geidt as long as there is another mechanism to keep those in power to the highest standards.

No tax cuts until inflation is under control, says Gove

The government cannot do all it wants to support the public in the face of the cost of living crisis due to rising inflation, said Communities Secretary Michael Gove.

Inflation will need to be brought under control before tax cuts are implemented, he said.

The comments come after the Bank of England warned inflation could top 11% this year.

Addressing the Times CEO Summit on Thursday, Mr Gove said: When you take inflation out of the system, you are relying on the Bank of England and the government to have fiscal and monetary policy, which inevitably means that we can’t do everything. that we would like, under ideal circumstances, to do to help people through a difficult time.

Farmers and food producers need the government’s help as they could lose up to $300million in the Britain-Australia trade deal, MPs have said.

Trade experts estimate the UK will only see a 0.08% increase in GDP by 2035 as a result of the deal, while Australia is expected to see a six-fold increase in exports .

Robert Goodwill, the Conservative committee chair, said the government must ensure that the agriculture and food sectors are not worse off under Australia’s deal.

The government must commit to helping the food and agriculture sector recoup the $278 million in lost growth it will incur as a result of this deal, he said.

Tories say Harriet Harman should step down from 10-party inquiry

Tory MPs have urged Harriet Harman to step down from an investigation into whether Prime Minister Boris Johnson misled Parliament, after uncovering historic comments from him on the matter.

The veteran Labor MP has been accused of prejudging the outcome of the inquiry after it emerged in April that she had published that Mr Johnson appeared to have misled the House of Commons.

Ms Harman was appointed to the parliamentary privileges committee earlier this week to replace Chris Bryant, who was recused after calling Mr Johnson a proven liar who repeatedly lied to Parliament.

British judges could rule that the deportation of asylum seekers to Rwanda is illegal, admitted Dominic Raab.

Ministers attacked the European Court of Human Rights (ECHR) for stopping the first flight on Tuesday night, insisting they have the domestic legal powers they need to act.

But Mr Raab acknowledged that a full High Court judicial review in late July could thwart the policy after the government refused to pass new legislation to allow it.

Well, I’m not sure what the courts are going to decide in the main hearing, the deputy prime minister told LBC Radio.