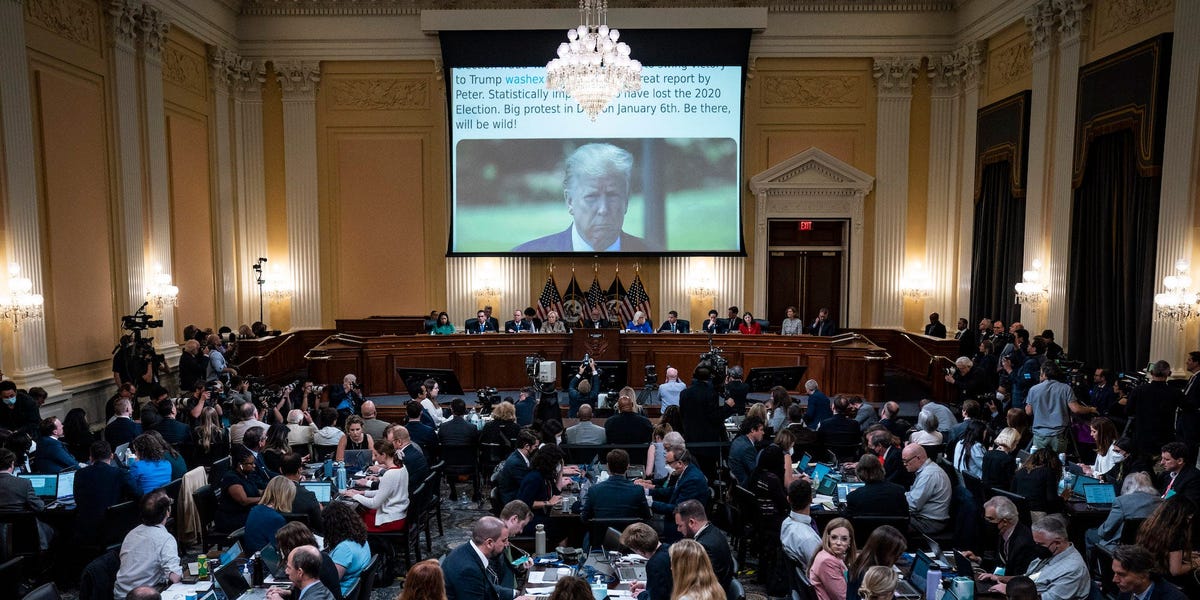 Fox was the only major media outlet not to broadcast the Thursday night live hearing, which was the House Select Committee’s first major public hearing on Jan. 6 into the attack on the Capitol, efforts to void the election and what the President of the time, Donald Trump, knew. before and during the attack.

Committee members revealed that Trump and his allies staged “an attempted coup” and funded a disinformation campaign that “provoked violence on January 6.” They also said Ivanka Trump “accepted” the attorney general’s opinion that there was no voter fraud and that several Republican congressmen sought forgiveness after Jan. 6.

Ingraham’s claim that audiences were “bombarded” came as she responded to criticism from The View’s Joy Behar.

“Fox News didn’t air the January 6 Committee hearings live last night. Shocking, isn’t it? But they still had a lot to say about it,” Behar said. “The usual suspects, Tucker [Carlson] and Ingraham, dusted off their greatest hits, calling it a witch hunt, saying it was political revenge on Pelosi, and downplaying what happened on the 6th.”

Behar added: “There was no commercial break last night on either show. So what does that tell you? That Rupert Murdoch is so desperate to take his viewers away from the audience, with these two, that he’s ready to lose millions of dollars.”