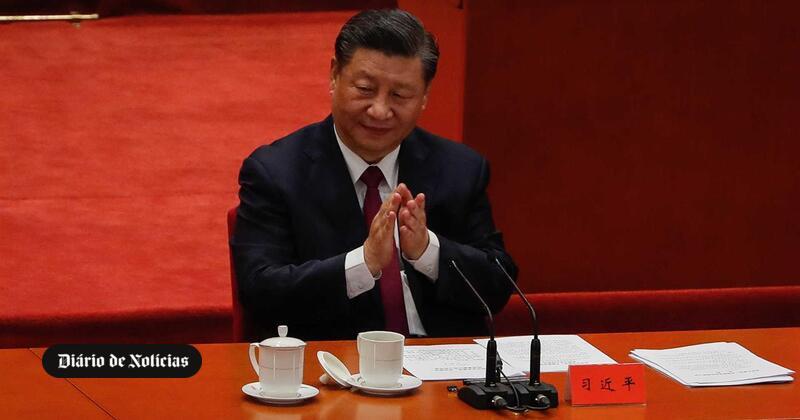 Chinese President Xi Jinping says the West’s promotion of democracy has caused “wars” and “chaos” in the rest of the world.

In a now-published speech referencing a speech given at a meeting with China’s power summit, which brought together the 25-member Politburo of the Communist Party of China, Xi said some nations “strongly promote the concept and system democracy and Western humans (…) taking advantage to interfere in the internal affairs of other countries”.

In recent months, China has blamed the United States for the war in Ukraine, refusing to condemn the Russian invasion and the current crisis in Afghanistan.

Subscreva in the form of newsletters News Log and receive first-hand information.

The Asian country has also promoted its own narrative on human rights issues, in the face of international criticism over abuses in the regions of Xinjiang, Hong Kong or Tibet.

Democracy and human rights are not “decoration”, Xi said. Some Western countries have faced fierce political divisions, broken faith in the government system, social unrest and uncontrolled outbreaks of Covid-19 in recent years, the Chinese leader noted, according to a transcript of his speech published by Qiushi magazine, the party’s main publication.

“Political polarization, the widening gap between rich and poor and ethnic conflict have intensified” in the West, he said.

Xi called on the authorities to “actively participate in UN human rights discussions” and increase China’s influence in these multilateral institutions.

The issue of human rights is a source of persistent tension between the Chinese government and Western countries, which tend to emphasize the importance of individual political freedoms.

For the Chinese authorities, “the right to development is the most important of human rights” and the “leading role” of the CCP, in power since 1949, “a cardinal principle”.

Since Xi Jinping came to power in 2012, authorities have arrested human rights activists accused of overthrowing state power or disrupting social order, imposing a controversial security law in the semi-autonomous region of Hong Kong and to detain more than one million members of ethnic minorities. of Muslim origin in political indoctrination camps, according to international organisations.

Last month, during a meeting with UN High Commissioner for Human Rights Michelle Bachelet, the Chinese leader defended China’s history and argued that every nation should choose its own path.

“Through long-term hard and persistent work, China has successfully embarked on the path of human rights development that conforms to the trends of the times and adapts to its own national conditions” , the Chinese official said.

“Diverging from reality and copying models from other countries is not only unacceptable, it has catastrophic consequences and ultimately hurts people,” he said.