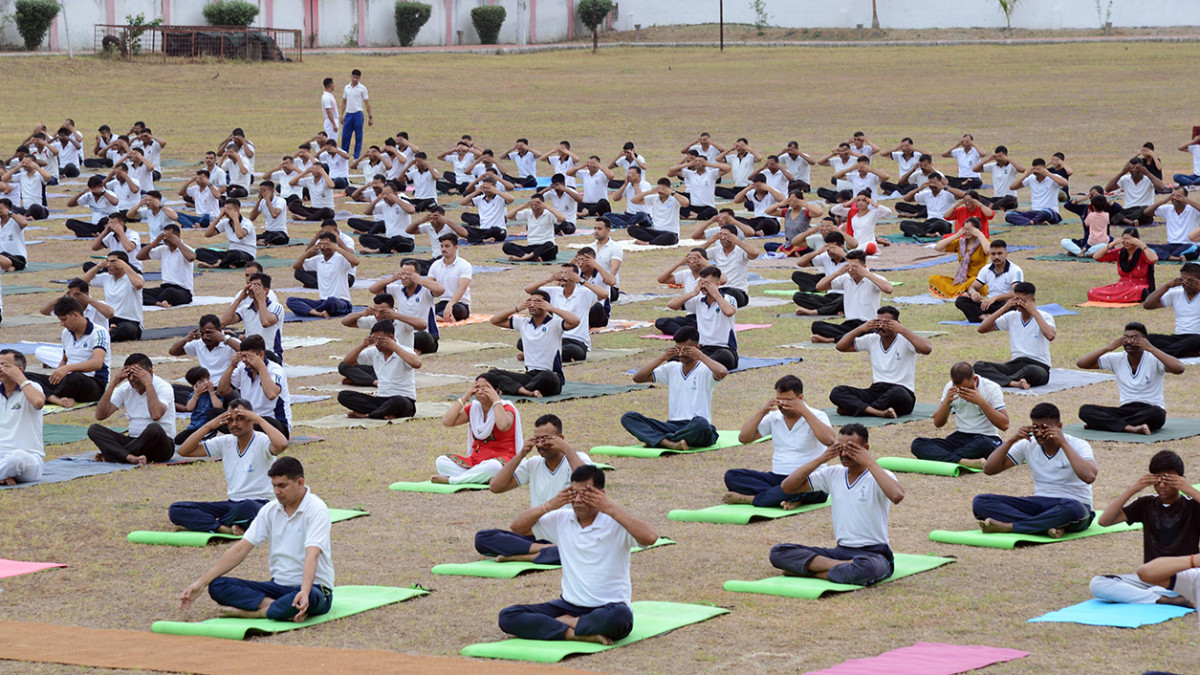 He will join 15,000 yoga enthusiasts who will attend the event, Sonowal said. The program is taking place in physical mode after a two-year hiatus due to the coronavirus pandemic.

The theme for this year’s IDY celebrations is “Yoga for Humanity” and around 25 million people around the world are expected to take part in various events, doing yoga in unison for better health and well-being. for all, Sonowal said speaking to the media.

To ensure the large-scale celebrations of Yoga Day, the PM had written a letter in Hindi to all sarpanchs or gram pradhans on May 6.

Sonowal said Secretary Ayush has requested all State and UT Chief Secretaries to facilitate a translation of the Prime Minister’s letter into the local or regional state language and have it delivered to the Gram Pradhans by the through district collectors.

A URL of the letter was also forwarded to gram pradhans by the Panchayati Raj ministry via text message, he said. Sonowal said a flagship program in coordination with the Department of External Affairs is being organized for mass yoga protocol around the world on IDY 2022 following the movement of the Sun.

“The program will begin at 3am IST and run until 10pm. Beginning in Fiji, Brisbane, Australia and New Zealand, it will end in San Francisco, USA and Toronto, Australia. Canada,” he said.

“Seventy-nine countries and UN organizations are on board the program with the full support of Indian missions abroad. The program will be broadcast live on DD India for 16 time zones,” Sonowal said.

The Minister said mass demonstrations of Common Yoga Protocol (CYP) will be conducted at 75 iconic locations to mark/present India through IDY activities. This program would be part of “Azadi Ka Amrit Mahotsav”.

The program will include a digital exhibition at Dasara Ground, Mysuru on June 21-22 to showcase “state-of-the-art” development in yoga. “An interactive feature of doing yoga with PM is also provided, in which anyone can virtually perform yoga with animated videos of PM and can take virtual selfie with PM.

“In addition, thanks to an interactive tool, an individual’s level of concentration can be checked. In addition, a static exhibition covering all streams of Ayush and the yoga start-up is also organized,” the minister said.

The Ministry of Ayush, in coordination with different yoga organizations, is organizing CYP events at more than 100 locations in Delhi in sync with the main event led by the Prime Minister, Sonowal said.

The Ayush Ministry also uses digital and other platforms created for this purpose. The yoga portal and Namaste app are used for registration of participants, organizations and the Yoga Certification Board (YCB) portal for issuing a certificate after the completion of the trainer course, Sonowal said.

Also, the “Bhuvan app”, developed with the help of ISRO, will be used to report on the massive turnout, he said. About 1.5 lakh CSCs and 200 community radio stations are engaged to spread yoga awareness at the local level, including remote villages and “ambitious and backward districts” across the country, the minister said.

“The theme for International Yoga Day 2022, Yoga for Humanity, means yoga for health for all. Yoga has helped millions of people to cope with the stress and turmoil brought about by the COVID pandemic. The yoga is India’s gift to the world. Yoga is an Indian tradition, embraced by the world,” added Sonowal.

If Pakistan is removed from FATF gray list, credit should only go to Imran Khan: Gill