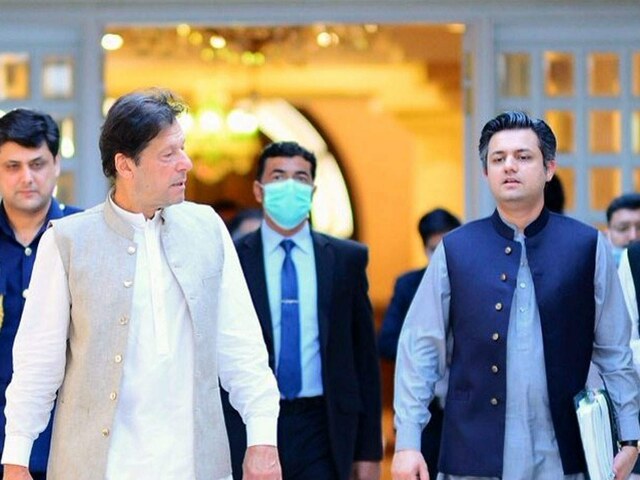 Members of the former PTI cabinet on Friday welcomed the announcement by the Financial Action Task Force (FATF) that Pakistan had met the 34 points of two separate action plans.

The watchdog will now schedule an on-site visit to verify the implementation and sustainability of national AML/CFT measures, adding that Pakistan will be removed from the gray list if he passed the on-site visit.

Shortly after the development, former Prime Minister Imran Khan said “the FATF has repeatedly commended the hard work and political will my government has shown”.

He said when his government came to power [in 2018]he faced the “direct prospect of being blacklisted” by the body, adding that the country’s compliance history with the FATF was also not favourable.

“I formed a FATF Coordinating Committee headed by Key Minister Hammad Azhar. The committee was made up of representatives from all government departments and security agencies relevant to our FATF action plan. night in the first place to avoid the blacklist.

“The FATF has repeatedly commended the work and political will my government has shown. We have not only avoided the blacklist, but also completed 32 of the 34 action points. We have submitted a compliance report on the two points remaining in April on the basis of which the FATF has now declared Pakistan’s Action Plan as completed,” he said.

Imran said he was confident that the FATF on-site visit would also be a success. He praised Azhar, saying the former energy minister, members of his FATF Coordinating Committee and relevant officers had “represented outstanding performance”.

“The whole country is proud of you,” he said.

Hammad Azhar, who was the former energy minister and also the government’s main coordinator for anti-money laundering and counter-terrorist financing efforts for the past four years, welcomed FATF’s recognition of Pakistan’s compliance as “a milestone”.

In a tweet, Azhar said FATF rated Pakistan compliant on all 34 action points.

“Only 2 action points were outstanding and based on the compliance done during the period October to March, these have also been cleared. All countries that come off the gray list are undergoing on-site visits in accordance to the procedure.”

Meanwhile, PTI chief and former foreign minister Shah Mehmood Qureshi credited the PTI and former Prime Minister Imran Khan for the “achievement”, recalling that the country had been greylisted for the mandate of the PML-N in 2018.

He said the FATF declared the two action plans complete whose compliance report was submitted by the PTI government in March.

Earlier in the day, Azhar shared a photo of himself standing with officers, saying Pakistan’s hard work to complete the 34 action points was the result of “teamwork of officers who worked day and night in different government departments. These are the real heroes.”

Prior to the announcement, PTI Senator Ejaz Chaudhry had expressed hope that Pakistan would come out of the gray list, calling it a result of the work of the Imran Khan-led government.

He added that now, however, the nations of the world had agreed to restore relations and the world’s trust in Pakistan was being restored.

PPP leader and Minister of State for Foreign Affairs Hina Rabbani Khar was asked how much credit she would give the PTI government for development, to which she replied: “Anyone who wants to take merit can do it. Our job is to work for Pakistan. , we’ll keep working and we don’t care who gets the credit and who doesn’t.”

Responding to his statement, PTI leader and former information minister Fawad Chaudhry recalled that Khar was among lawmakers who refused to vote in favor of passage of FATF-related bills in 2020 because ‘”they said we will vote for these bills only if you end the money laundering cases against Zardari and Sharif”.

Earlier in the day, ahead of the FATF ruling, Michael Kugelman, a South Asian affairs specialist at the Wilson Center, Washington, weighed in, putting credit for any outcome on the shoulders of the PTI government.

“FATF’s assessment of Pakistan’s efforts to complete its action plan for the removal of the gray list mainly covered the period when the PTI was in power. The FATF’s decision today will therefore be based on what has been done in the era of PTI,” he said.

He said the military could also “reasonably take credit as I’m sure they would have been behind many of the actions taken to try and get Pakistan off the gray list.” However, on whether the Pakistan Democratic Movement, which included many parties in the current coalition government, could take credit for the development, he answered with a succinct “no”.