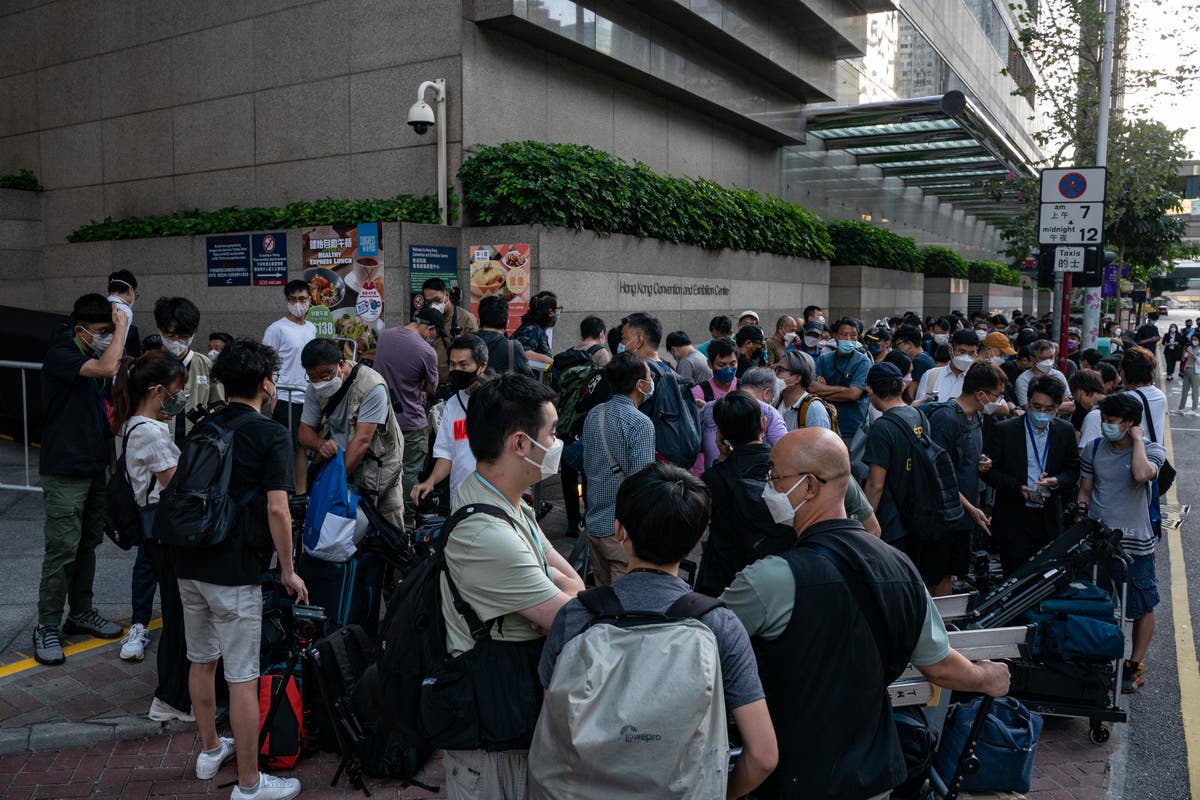 At least 10 journalists from more than seven media organizations were barred from covering the official event of ceremonies marking the 25th anniversary of Hong Kong’s handover from British rule to China.

Hong Kong government officials have defended the move and said the administration is balancing the need for media coverage with security protocols as much as possible.

The event scheduled for July 1 will likely bring together Chinese President Xi Jinping for a flag-raising ceremony and the inauguration of Hong Kong’s new chief executive, John Lee Ka-chiu, and his cabinet of leaders.

A government spokesman said he would not comment on the outcome of the accreditation of organizations and individuals, but offered no explanation of the media restrictions.

They are representatives of local and foreign media, including a cameraman from the Hong Kong government’s Information Services Department (ISD).

Three other organizations Bloomberg, public broadcaster RTHK and state-backed Ta Kungpao newspaper were also banned, according to sources familiar with the developments and quoted by Reuters.

It is not immediately clear which media organizations will cover the historic ceremonies commemorating the handover of power from British leaders to those in Beijing.

Media organizations and coalitions in Asia and abroad have condemned the restrictions on journalists and called the move a political check on journalists before they can report on high-profile events, reports SCMP.

At least 10 journalists working for local and international publications have had their applications to cover the events rejected for security reasons, with no further information provided, according to media reports and comments from our members, the Foreign Correspondents’ Club of Hong confirmed. Kong (FCCHK) in a statement.

He added that this came after reports emerged of several local and international outlets being denied even applying for accreditation for the events in the first place.

The group pointed out that similar official events have been open to media registration without invitation or verification in the past.

These restrictions, FCCHK said, were applied without detailed explanation and constitute a serious deviation from this stated commitment to freedom of the press, as they have distinguished Hong Kong’s administrations from repeated assurances that the right to the Chinese city to freedom of the press and freedom of expression is enshrined in the city. the basic law still exists.

The statement from the journalists’ association said the 25th anniversary of the handover of power, along with the inauguration of the new chief executive and the possible visit of Mr. Xi, is a landmark event in Hong Kong’s history and a moment worthy of wide coverage. in international and local media.

Hong Kong officials should immediately reconsider restrictions to allow all media to cover this important story, the statement said.

Tabby Kinder, a Financial Times reporter in Hong Kong, said it was another worrying sign for the apparent freedom of the press in Hong Kong.

The restrictions on journalists covering the state event come as authorities in Beijing step up efforts to have extensive security coverage for Xis’ visit, the first such trip outside the mainland since more than two years after the Covid pandemic.