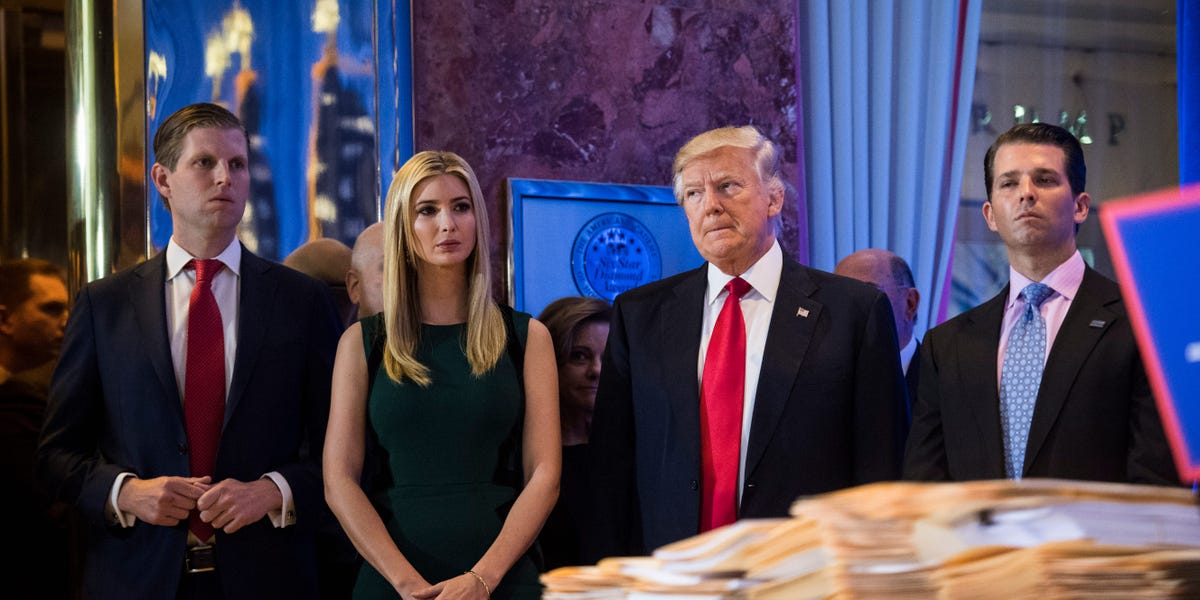 A British documentary maker who gained exclusive access to the Trump family before the Capitol riot has weighed in on relations between Trump and his three most famous adult children, Donald Trump Jr., Ivanka and Eric.

Speaking to Yahoo News on the outlet’s podcast, ‘Skullduggery’, Alex Holder said the family agreed to be filmed because they were ‘very, very confident that they were going to win the election’ and that their “pride was absolutely remarkable”.

When asked how he sold his project to the family, Holder said: “I mean, the talk was that I wanted to figure out who they were as people. They always complained about the coverage they had. benefited the United States.”

“They were always complaining about ‘fake media’ and stuff. So let’s try to figure out who they are as people,” he added.

Holder also compared the relationship between Trump and his high-profile children to the hit HBO series “Succession,” which focuses on the dysfunctional and incredibly wealthy Roy family and their ongoing scheming for control over its members.

“There’s kind of this ‘succession’ type vibe to the project,” Holder said. “But also, you know, it’s real-life succession drama.”

Based on his interactions with the former president, Holder said he thinks Trump is “delusional” and lives in “cloud cuckoo country.” He added that he thinks Trump is also “incredibly dangerous” because he never accepts blame and is “always right.”

Representatives from Trump’s post-presidential press office did not immediately respond to a request for comment from Insider.

The footage of Holder was subpoenaed by the Jan. 6 committee investigating the Capitol riot in June. The footage is part of a documentary called “Unprecedented,” which follows Trump and those around him in the months leading up to the Capitol riot.