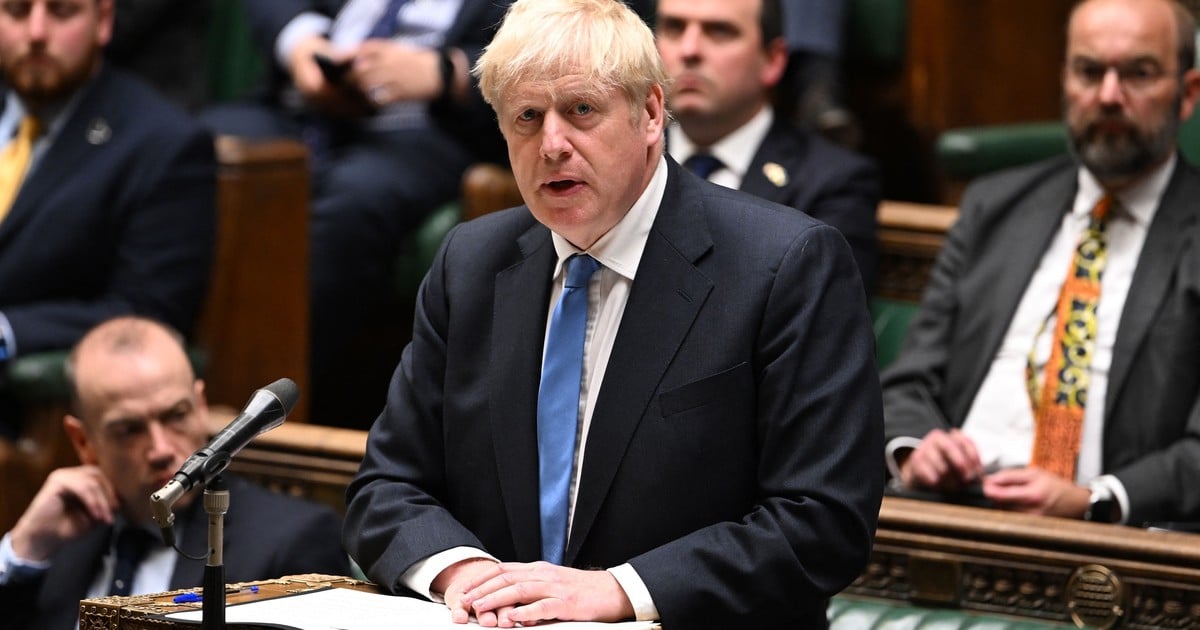 British Prime Minister Boris Johnson has once again been caught up in another simultaneous crisis with his Conservative Party for failing to act in the face of sexual misconduct of Tory MP Chis Pincher who drunkenly groped other lawmakers.

Added to this was the operation of thousands of trucks, which set off on the road to Bristol, blocking the motorways to protest against the price of diesel and were arrested by the police. More Brexit. 64% of Britons think “Brexit is going badly”, according to a YouGOV poll.

The allegations of misconduct against Conservative MP and Whip (a member of a political party whose job it is to ensure party discipline) Conservative MP, Chris Pincher, are serious in themselves. But they also risk further loosening Boris Johnson’s fragile grip on Downing Street.

The immediate cause is the Prime Minister’s slow response to Pincher’s resignation as Conservative House of Commons whip on Thursday night, less than 24 hours after he was accused of groping two men at the Carlton Club. From London.

British Prime Minister Boris Johnson has once again been caught up in another simultaneous crisis with his Conservative Party. Photo: AFP

It quickly became clear to almost everyone in Westminster that Pincher would not be able to retain the Tory whip. It was apparently not obvious to Johnson, who sent Simon Hart, the Welsh secretary, to the media on Friday morning, apparently with instructions to end the affair.

Hart was visibly uncomfortable with his orders. He quickly backtracked, suggesting “we could have a very different conversation as the day goes on.” And he added: “I know what I would like to see happen.”

It won Hart waves of praise from fellow Tory WhatsApp groups, who were ‘baffled’ that Downing Street hadn’t also seen the inevitability that Pincher, who denies wrongdoingthey will withdraw the whip.

The biggest risk for Johnson is that his Tory MPs see the past few days not as a communication failure, but as a reflection of deeper flaws in his judgement. The Downing St party saga was sparked by the initially evasive response from Johnson and his team.

Diesel prices in Britain have forced truckers to hit the road and block them. Photo Reuters

But the reason it lasted so long was because the parties were happening when they weren’t supposed to be. Likewise, Johnson could have been quicker to take the whip from Pincher. But the bigger question is why did he make him assistant manager of Whip? this year, while it is said that in 2020 he expressed his doubts.

Just as Johnson couldn’t shut down the parties at Downing St during the pandemic, he couldn’t stop Pincher’s appointment.

Now he can only answer questions about what he knew as candidly as possible and hopes his skeptical Tory MPs believe him. He does so at a time when they have little goodwill and tolerance left for the prime minister.

Pincher’s conduct was an open secret in the House of Commons and the Prime Minister did not bother to put a stop to it. It wasn’t just anyone. He was the “whip” of the party, which promoted and forced the votes. The problem Boris faces today is that he knew and did nothing. There was tolerance and acceptance of his behavior.

clip of June 29 He was charged with ‘groping’ to two men at the Carlton Club in St James. One of the defendants formally protested and the Prime Minister had to act and revoke the MP’s whip status.

Now Boris is under extreme pressure to explain what he previously knew of Pincher’s conduct, when he named him Whip number two in February.

Pincher, a 52-year-old MP and representative for Tamworth, said on Saturday that you were seeking professional medical support for your problem, before you return to your neighborhood, to complete your tasks as quickly as possible. But The Sunday Times reported on Sunday that the MP had “groped” two other Tory lawmakers, in 2017 and 2018.

The atmosphere in the British Parliament has become similar to the years when Conservative Prime Minister John Major ruled, that his peers’ sex scandals forced him to resign.

One of the men Pincher abused said he was “shocked that Johnson didn’t immediately remove him from his job”. One of the whips who was supposed to work with Pincher quit because “I didn’t want to deal with his putative behavior.”

Downing St, the prime minister’s residence, admitted Johnson was aware of some allegations of misconduct against Chris Pincher, before appointing him deputy leader in February.

But the Prime Minister’s spokesman said it was not considered appropriate to block Pincher’s appointment as Deputy Chief Whip based on “unsubstantiated accusations”.

Boris Johnson will have to answer a long list of questions about Deputy Pincher’s behavior. No one believes he was unaware of his sexual behavior before naming him. If he doesn’t give concrete answers it can turn into another scandal like the Party Gate at Downing St during Covid. This time, it may cost him his job, at the hands of his own deputies.

But the stability of Boris Johnson is also threatened by its Brexit promises and public expectations.

For the first time, the majority of Britons believe that Brexit is going very badly. A YouGOV poll today shows 64% of Britons think it’s ‘very bad’. The 16% say it’s going well and the 20% don’t know.

The polls come out when the Labor Party said they would not accept a return to freedom of movement between Europe and the kingdom, as required by the European single market, if they are to overcome their supply and labor shortage problems in Britain.

Labor leader Sir Keir Starmer ruled out a return to the European Union when launching his Brexit plan. He said Britain had to move on and divisions could not be reopened.

We don’t back down, we are not going to reopen these divisions. We are not going back to the EU, or the single market, or the customs union, or the freedom of movement, Sir Keir said in an interview with Sky News. “Not reopening those old wounds and not going back is going to help us in this mission to stimulate the economy,” the Labor leader said.

But he admitted that ‘the current Brexit deal is not a good deal’ and that it was ‘causing problems in Northern Ireland and the service and security agreements were not good’.

It is a plan for the future. This is not a plan to return to the European Union,” she said.

Labor is preparing to stand in a possible snap election in Britain should Boris Johnson fall and the Tories decide the only solution is a snap election.

The Tories reminded Labor leader Keir Starmer that he had voted 48 times to block Brexit and wanted a second referendum on leaving the EU.

Rising diesel prices in Britain have forced lorries, motorists and small hauliers to hit the road and block roads in parts of England and South Wales. The police arrested several of them for driving too slowly. and block the roads. First consequences of the war in Ukraine and the rising cost of living.

Trucks, vans, tractors, cars, took to the roads to protest. There were at least 12 detainees at the Prince of Wales Bridge. Route 4 is stopped in both directions.

The protests have spread to the west of Englanda, South Wales, Essex, Yorkshire and Lincolnshire. There was also a blockade on the road to Aberdeen in Scotland.

Many of those protesting in their vehicles argued that they had been forced out of their jobs because they did not have enough money to join them by car, the only means of transportation possible. Welder Richard Dite said it cost him £300 a week to fill his tank and he could not earn that amount from his labor to fill it.

Tech tussle: Is it time to throw away the press-fit bottom bracket?