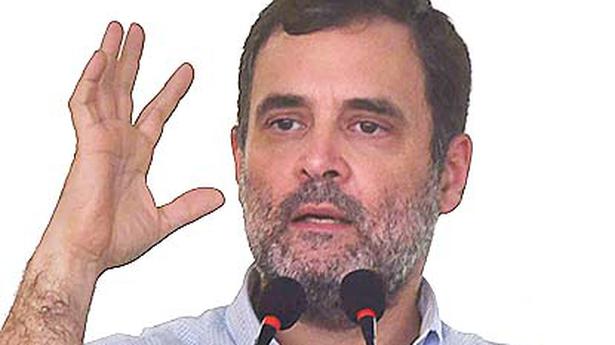 Speaking in parliament, Rahul Gandhi challenged the government to do all it could but he won’t back down

Speaking in parliament, Rahul Gandhi challenged the government to do all it could but he won’t back down

A day after the Law Enforcement (ED) Directorate sealed Young Indian, a non-profit corporation that owns the Associated Journal Limited-controlled National Herald, former Congress leader Rahul Gandhi said that the Narendra Modi government was trying to intimidate but he was not afraid.

Speaking to reporters outside Parliament on August 4, Mr Gandhi challenged the government to do all it could, but he will not back down.

This is an attempt at intimidation. They think they’ll shut us up with a little pressure. We will continue to fight against the undemocratic acts of [Prime Minister] Narendra Modi and [Home Minister] Amit Shah. It doesn’t matter what they do, Mr Gandhi told reporters.

We will not be intimidated and we are not afraid of Narendra Modi. Let them do what they want to do. It won’t make any difference. My job is to protect the nation, its democratic values ​​and maintain its harmony. I will continue to do so. They can do whatever they want, he added.

The issue of ED action was raised in both Houses of Parliament in the morning after a strategy meeting of the Parliamentary Party of Congress (PPC) meeting chaired by Rajya Sabha opposition leader Mallikarjun Kharge.

At the Rajya Sabha, Mr Kharge lost his temper in the House when he was interrupted just as he started speaking.

After a brief adjournment, when the Rajya Sabha convened at noon, Mr Kharge said that despite the House session, he had received a summons from the ED to appear before the agency at 12:30 p.m.

He added that the homes of Congress leader Sonia Gandhi and former leader Rahul Gandhi had been gheraoed by officials. They do this to scare us, we won’t be intimidated by threats, he said.

Head of House and Union Minister Piyush Goyal says government does not interfere in the running of agencies and it must happen under their mandate[Congrès]and not ours.[Congress)notours[Congress)notours

At the Lok Sabha, Chief Congress Whip Kodikunnil Suresh had given a notice of adjournment motion to discuss the sealing of Young Indian, but Speaker Om Birla said he would allow them to raise the matter after the question time.

He adjourned the House until 2 p.m. after running Question Time for 30 minutes. While the Lower House functioned for only a few minutes in the after-lunch session, during which government documents were laid on the table in the House, the Rajya Sabha approached the discussion of a draft family court law.