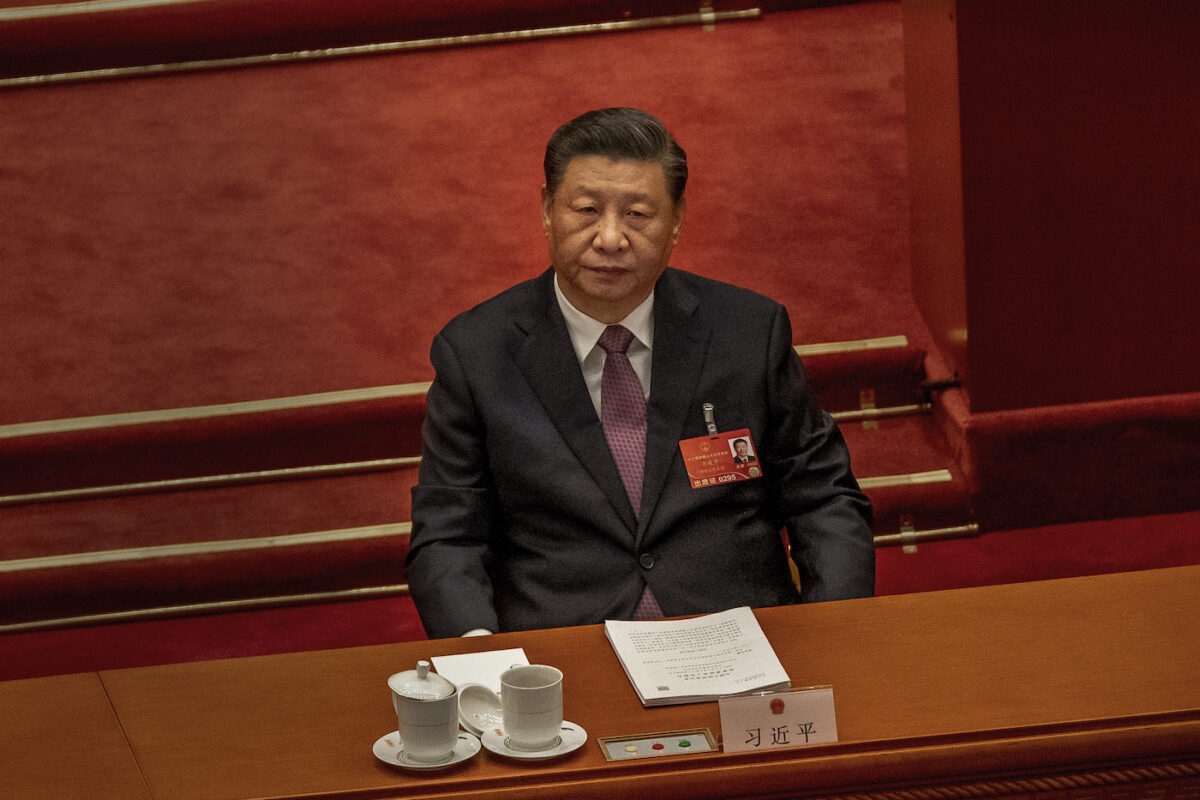 Speaker of the United States House of Representatives Nancy Pelosi ended her visit to Taiwan on August 3, delivering a message of America’s determination to preserve democracy in the self-governing island. Pelosi’s visit has posed an unprecedented challenge to Chinese leader Xi Jinping as he bets on his Taiwanese card as he seeks a third term in the fall of this year, a Chinese expert says.

In previous years, the CCP has regularly held a secret seaside summer meeting in Beidaihe District of Qinhuangdao City, Hebei Province, attended by not only the current Politburo Standing Committee, but also a number of former retired politicians.

This year’s Beidaihe meeting is even more critical, as it will determine the CCP’s power structure for the next five years and set the tone for the regime’s upcoming 20th National Congress, at which Xi is expected to seek re-election.

Chinese expert Ji Da told The Epoch Times that the timing of Pelosi’s visit to Taiwan, which coincided with the Beidaihe meeting, deterred Xi from overreacting, as any inappropriate action would have become an opportunity for his political opponents to force him out of power.

Since Xi came to power in 2012, he has often played the Taiwan card to bolster nationalist sentiments, Ji said. In January 2019, Xi delivered a strong speech on the Taiwan issue, saying that the “unification of Taiwan” is the focus of the CCP regime’s work in the future, and told the Taiwanese people to “treat peace. as much as cherishing his own”. eyes” and that “independence is a dead end. In other words, Xi was threatening that if the people of Taiwan rejected the so-called “peaceful reunification” proposed by the CCP, what awaited them would be war, Ji said.

State media and CCP propaganda authorities have intensely inflamed nationalist and anti-foreign sentiment in recent years, turning a large group of citizens into hyper-nationalists, who echo the regime’s slogan of unifying Taiwan through force if Taiwan refuses to return. to his homeland.

After Pelosis’ trip to Taiwan, the CCP’s “peaceful unification of Taiwan” is now a thing of the past. The main card for Xi’s re-election is “Taiwan unification”, so Pelosi’s visit shook the foundations of Xi’s continued rule, Ji said.

“As a totalitarian regime, the CCP’s change of power has always lacked recognition from society, and there has been an unspoken rule within the CC to have an incumbent leader appoint a successor who must take office after the immediate successor has completed his term, which is extremely unstable. “, Ji continued.

He believes that if Xi’s response to Pelosi’s visit is too aggressive to suit the nationalist sentiment of some Chinese, it is very dangerous because the CCP’s military strength is far below that of the United States. However, if the response reveals the CCP’s weakness, Xi’s authority within the Party will be greatly damaged, giving his political opponents an opportunity to challenge him and force him out.

After Pelosi left Taiwan, the furious CCP launched its largest-ever live-fire military exercises in the waters around the island, which included firing ballistic missiles and deploying fighter jets. According to Taiwan’s Defense Ministry, many warships and fighter jets crossed the middle line of the Taiwan Strait.

Justin Zhang has been analyzing and writing articles on Chinese issues since 2012. He can be contacted at [email protected]

If the price of Pertalite increases, for how many months would you like to demo?