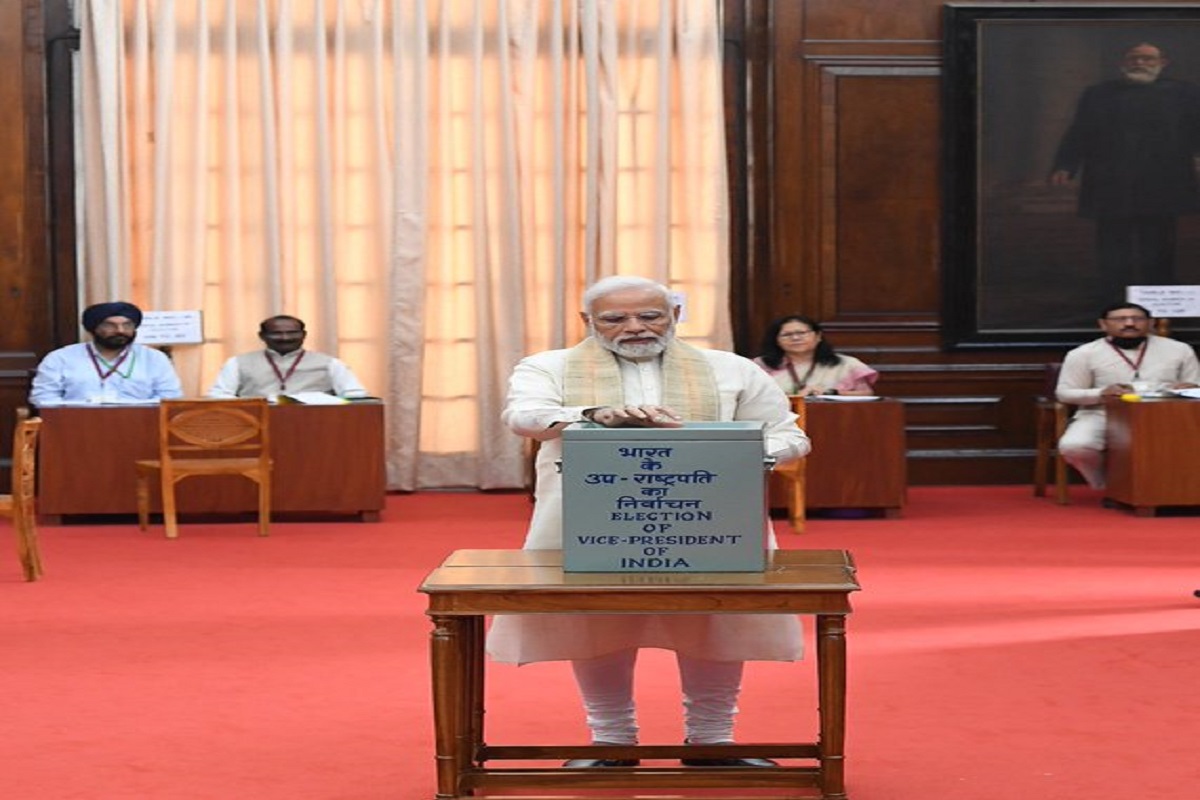 As voting begins on Saturday to elect India’s next vice president, Prime Minister Narendra Modi was among the first to vote.

In this vice-presidential election, the National Democratic Alliance (NDA) candidate Jagdeep Dhankar is opposed to the opposition candidate Margaret Alva.

Voting began at 10 a.m. and will continue until 5 p.m. when all Lok Sabha and Rajya Sabha MPs, including nominated members, are eligible to vote in the vice-presidential election. The votes will be counted today.

However, Trinamool Congress said they were abstaining in the vote
Dhankhar filed his candidacy papers on July 18, before returning officer and secretary-general Lok Sabha in parliament.

In 2017, the NDA nominated Venkaiah Naidu as a candidate for the vice presidential election and his term ends on August 10, 2022.

The Vice President of India, which is the second highest constitutional office in the country, is elected by an electoral college made up of members of the Rajya Sabha and the Lok Sabha.

Things move slowly in Google Things to Do