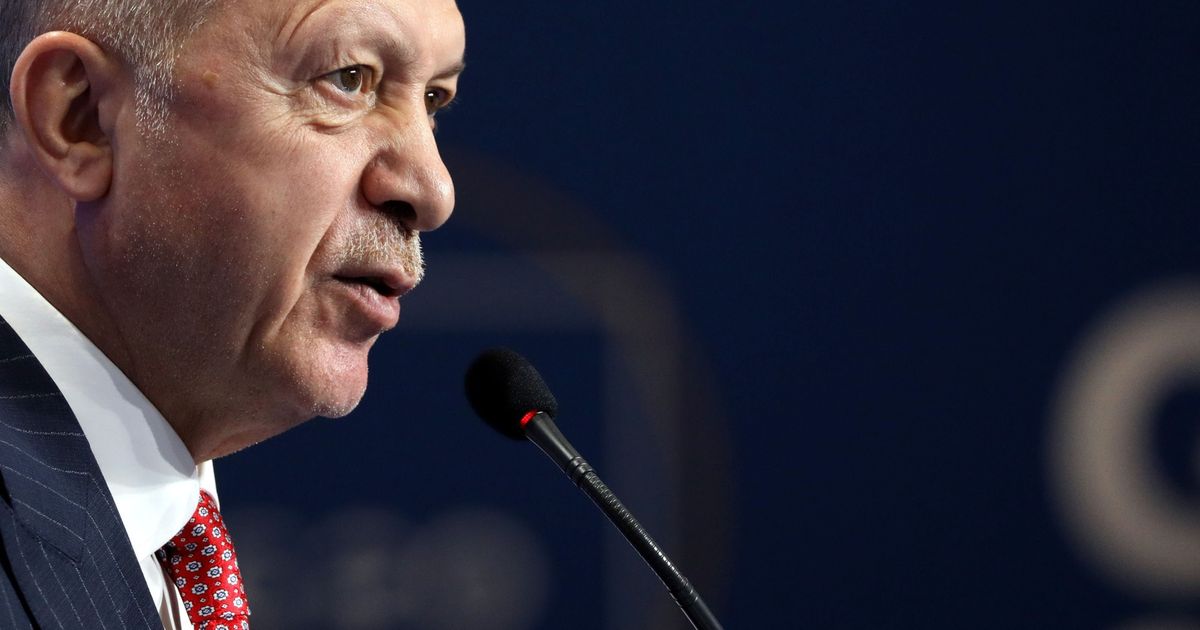 Erdogan is seen in Moscow as a potential middleman in the conflict, two people familiar with Kremlins thinking said, asking not to be identified because the issue is sensitive. Yet Russia is not easing its terms for an end to the fighting and peace talks with Ukraine are unlikely to resume unless there is a major shift in the military balance in favor of Putin, the people said.

While Turkey has long pushed to play a role in brokering a peace settlement in Ukraine, Russia has so far been cold to the idea. Shortly after the Turkish leader’s arrival in the Black Sea resort of Sochi, Putin thanked him for his efforts on the grain issue.

Ahead of their summit, Turkish Foreign Minister Mevlut Cavusoglu said he hoped the July 22 deal on Ukrainian grain exports this week was the first to leave Odessa since the start of the war and could be a the basis of a broader ceasefire and peace plan.

Like other members of the North Atlantic Treaty Organization, Turkey has said it opposes the Russian invasion of Ukraine and has sent weapons, including highly effective drones, to the government of Kyiv to help counter Putin’s army. At the same time, Turkey refrained from joining US and European sanctions against Russia during the war.

It continued to import energy from Russia, which provided a quarter of Turkey’s crude oil imports and about 45% of its natural gas purchases last year. Russia has also provided Turkey with much-needed foreign exchange liquidity by transferring billions of dollars to a Turkish subsidiary of Rosatom for the completion of construction of a nuclear power plant on the Mediterranean coast.

Turkey concluded that penalizing Russia would harm Ankara’s economic and political interests, according to a senior Turkish official, who cited a $35 billion hit due to rising energy costs and the impact on tourism. It’s a key driver for Turkey’s attempt to end the war, and a mediating role would bolster Erdogan’s international standing as he battles inflation approaching 80% at home within a year. presidential elections.

The talks between Putin and Erdogan are a good opportunity to synchronize monitoring on the effectiveness of the grain export deal, Kremlin spokesman Dmitry Peskov told reporters on Tuesday. The two leaders also plan to discuss expanding trade and economic ties and energy projects, according to a Kremlin statement on Thursday.

Syria will also be high on the agenda after Putin and Erdogan failed to reach an agreement during three-way talks with Iranian President Ebrahim Raisi in Tehran last month. Erdogan is seeking Putin to accept Turkish plans for a military incursion into Kurdish-controlled territory in northern Syria.

The Turkish leader said then that he expected Russia and Iran to support Turkey in its fight against terrorist organizations. Ankara considers the Syrian Kurdish PYD party and its armed wing YPG to be affiliated with a Kurdish separatist group on its own territory.

Erdogan said in Sochi on Friday that he planned to talk about Syria and he hoped his discussion with Putin would ease the situation in the region.

Putin could greenlight a Turkish incursion opposed by his ally Syrian President Bashar al-Assad, as ties to Erdogan are important to the Kremlin as part of US and European efforts to isolate Russia, said Alexey Malashenko, expert at the state-funded Institute. world economy and international relations in Moscow.

If Russia stands in the way of Erdogan, it will lose hugely, Malashenko said.

The ballot to elect the next vice-president begins; PM Modi and Dr Singh voted

“Take care of your cricket, don’t tell us what to do. We can do it better than you’ | Cricket