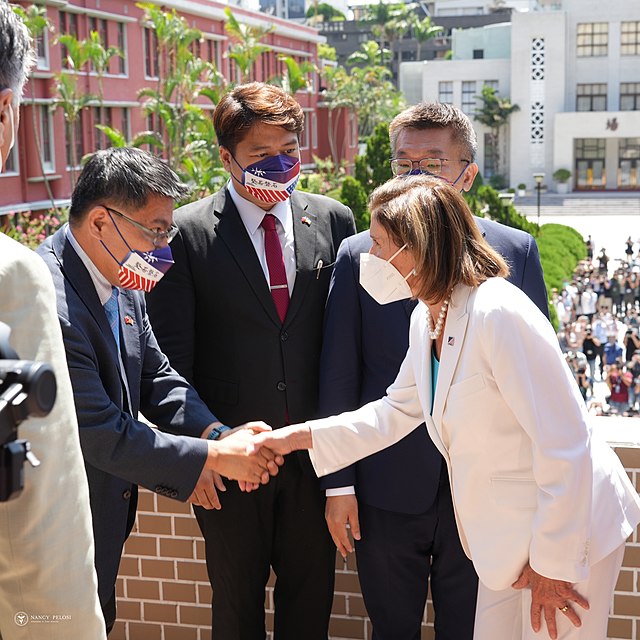 Both sides have accepted the tensions as the status quo and are not particularly interested in defusing tensions, Oriana Mastro, a Freeman Spogli Institute for International Studies (FSI) fellow and China expert, wrote in a statement to The Daily.

The first speaker since Newt Gingrich at travel in Taiwan, Pelosi received contempt from China on July 19 reports on his projects. That day, Chinese Foreign Ministry spokesman Zhao Lijian said the United States must end official interactions with Taiwan or China would take strong and resolute measures to safeguard its sovereignty. This came after President Joe Biden engaged get involved militarily to defend Taiwan if the Chinese Communist Party (CCP) tries to reacquire reign over Taiwan after the 1949 war divide of their governments.

When the United States failed to halt Pelosis’ planned visit, the Chinese government issued increasingly serious threats. During a call with Biden on July 28, Chinese President Xi Jinping accused the United States of violating its established policy. position that China and Taiwan together form a one-China nation and likened it to playing with fire. On July 29, Lijian repeated the fire metaphor with a deadly twist, saying those who play with fire will perish.

Mastro said China is great increase in power over the past few decades has emboldened the government of the nation.

China is much stronger than 25 years ago in the last Taiwan Strait crisisso Beijing is eager to show that this time it has options the US won’t like, Mastro wrote.

Dean Winslow, FSI senior researcher and professor of medicine, spoke about China’s power and called the nation our greatest strategic threat. He praised Pelosi for her determination.

Her trip there as Speaker of the House of Representatives showed courage and showed that the United States will not back down if China invades Taiwan, Winslow said. It could be argued that this was an unnecessary provocation, but one could also argue that it was an appropriate show of concern and support for one of our key allies in the Asia- Peaceful.

To give perspective to China’s terse dialogue, Gi-Wook Shin, FSI senior fellow and founding director of the Korean program, noted that Xi Jinping must Face a CCP National Party Congress in October for the election of an unprecedented third term. Shin attributed Xi’s conduct as a reluctance to be seen as pushed around by American behavior.

Neither Beijing nor Washington want a war, so at least until Xi Jinping gets his third term in November, that bond is unlikely to break, Emmerson wrote.

Instead, Emmerson said Pelosis’ visit posed a greater risk to relations between the Chinese and Taiwanese governments. Although he found China’s threats against Taiwan thus far more alienating than persuasive, Emmerson expressed concern that Pelosis’s trip could inspire a redoubled effort by the CCP to coerce Taiwan into submission.

Pelosis’s trip prompted Beijing to punish Taipei in economic and security terms, by blocking food imports from Taiwan and holding live-fire exercises at six locations surrounding the island, Emmerson wrote. Beijing is likely hoping that Taipei, seeing these steps as a dress rehearsal for a future blockade it cannot afford to risk, will stop acting as if it were an independent country. Beijing may even hope, albeit wishfully, to leverage Taiwanese democracy against independence by motivating a risk-averse domestic opposition to President Tsai Ing-wen and her party.

Emmerson added that this campaign could weaken the Taipei-Washington bond.

On the other hand, Shin hopes that the resolution of the current tensions between the United States, China and Taiwan will result in a stronger relationship between the United States and Taiwan. He stressed the importance of supporting Taiwanese democracy due to the strong economic ties that have flourished between the two entities. He cited the July Congress Semiconductor Manufacturing Bill, in which Taiwan’s chip industry plays an important role.

But despite his strong support for a lasting US-Taiwan relationship, Shin concluded by questioning the timing of Pelosis’ visit in relation to Xi’s upcoming elections.

I have no problem with the US president’s visit to Taiwan, Shin said. But I wonder, was it the right time to do it? Was it necessary at this point?