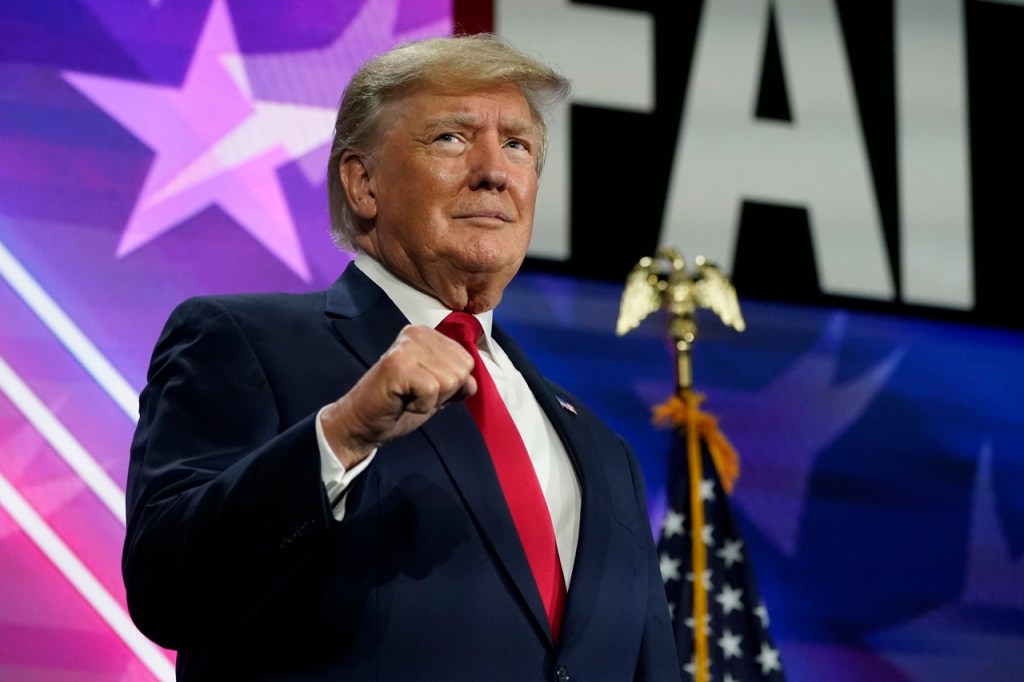 In 2015, Donald Trump burst onto the scene with a megaphone, a populist message, an army of grassroots supporters – and little else.

If he runs for the Republican nomination again, as seems likely, it will be different.

At the start of his 2106 presidential campaign, he must have been grateful for every little crumb of support from the Republican administration – an endorsement from the then senator. Jeff Sessions, or former New Jersey Governor Chris Christie.

Now Trump is a former president of the United States who weighs incredibly heavily on his party. He and his loyalists have forged a new establishment, a Make America Great Again establishment, which will support him when no pro-Trump structure existed the first time around.

He effectively owns the Republican National Committee, which fundraises tirelessly on his name and image and pays his legal fees.

His endorsement record heading into the midterms isn’t as strong as he likes to portray, and he’s been playing games to bolster his record — endorsing ERIC in Missouri’s gubernatorial primary between prosecutor General Eric Schmitt and disgraced former Governor Eric Greitens. (Lo and behold, Eric won – Schmitt, that is).

Nonetheless, there are Republicans he supports scattered across the landscape. Not all of them will win in November, but many of them will and take on dogcatcher governorships. Even those who are not sincere Trumpists will feel beholden to their endorser.

Trump will be generously funded. He sits on a war chest of over $100 million.

And he created a government-in-waiting centered on the America First Policy Institute, giving it ready-made policy and personnel options that establishment candidates usually have, but Trump hasn’t. 2016.

So Trump will be in a formidable position if he runs. He will be the anti-establishment candidate who can still harness grassroots passion while bringing far more organizational momentum than when he campaigned on the strength of rallies, tweets and TV appearances in his inaugural run. .

Yet there are limits to the importance of institutional advantages, as Trump proved by beating every other Republican candidate in 2016. If people are fundamentally looking for something else, all name identification, money, the mentions and the organizational apparatus in the world mean nothing.

It is always a peril for establishment candidates that they appear obsolete. As for Trump, there’s no way he could look as fresh as he did once out the door. By 2024, he will have spent nearly a decade at the top of national politics, the kind of longevity that makes a political figure vulnerable to interesting novelty.

In this case, of course, it could well be Florida Governor Ron DeSantis. Trump still beats him in most national polls, but a recent USA Today/Suffolk had DeSantis behind him by just nine percentage points. A few Florida polls in recent weeks have the governor beating Trump in the Sunshine State, where he has home-court advantage, of course, though it’s still striking to see the former president hanging around anywhere. .

Establishment leaders are also always at risk of appearing backward, as they often seek to preserve the status quo or return to a lost time. Trump, for all his disruptions, is vulnerable to this trap with his obsession with the 2020 election. In 2016, he brought new issues to the table with great resonance for voters; this time, he’s caught up in a past issue that matters most to him personally.

Is it better to run for president out of instinct in a mad crusade against the odds that rewrites all the political rules, or to run in a worn groove with impressive organizational support in pursuit of political restoration? Trump 2016, or Trump 2024, or both? We’ll find out when and if the establishment favorite will take part in the 2024 race.

Rich Lowry is the editor of the National Review.