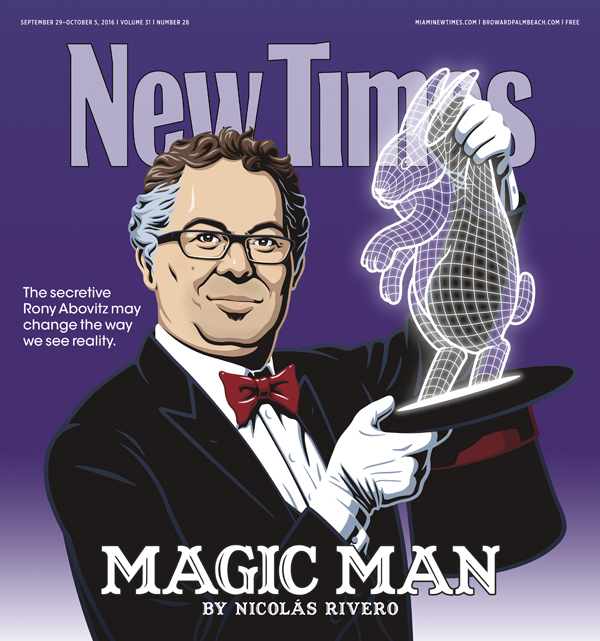 A day after the first presidential debate of this election season at Hofstra University in New York, Donald Trump was drinking Cuban coffee at Versailles in Miami.

The Calle Ocho restaurant has long been the place political hopefuls go for a cafecito and a photo op. Libertarian candidate Gary Johnson visited the iconic restaurant just a month ago, sparking a misunderstanding between restaurant management and staff over a scheduling issue.

It looks like Trump has more facial recognition than Johnson, as the New York real estate mogul turned politician showed up at Versailles to an enthusiastic reception.

According to a spokesperson for the restaurant, “Trump’s visit was totally unannounced and unexpected. No one was notified of his visit, and by the time a representative from Versailles managed to get there, he was getting into his car and was driving away.” A video captured by Odalis Sanchez and posted on YouTube shows Trump accompanied by former New York City Mayor Rudy Giuliani, who has become a regular sidekick.

Trump, grimacing and looking uncomfortable, said little during the visit. As someone asked for her order “Have a colada. What do you want? Do you want guava or croquetas?” others advised him on what to order. Trump appeared to have little interaction with other diners in the restaurant.

The Versailles spokesperson confirmed that the presidential candidate ordered a colada and a croqueta, then commented on the strength of the colada and that the croqueta was “good”. Wasn’t that great, Donald?

He then picked up a box of pastelitos to leave, but not before generously leaving an $83 tip, according to WSVN 7 News.

Will his “trump card” Versailles play well with Cuban-Americans to try to get their votes? A recent poll conducted by Florida International University’s Cuban Research Institute shows the politician needs every Cuban-American vote he can get to turn the tide. The CRF Cuba survey, which included Cuban-American residents of Miami-Dade (and was conducted in Spanish and English), closed on August 12. The results show that although 53.5% of respondents were registered Republicans, only 35% would vote for Trump. Hillary Clinton came in second, with 31% of Cuban-Americans polled favoring her. A further 18% said they would not vote for any candidate and 10% remain undecided.

Generally, Trump hasn’t had a strong alliance with Hispanic voters since calling for a wall on the US-Mexico border and likening Mexican immigrants to rapists.

He also suggested that Federal Judge Gonzalo Curiel was unfit to try his trial at Trump University because he might be biased because of his Hispanic heritage. Curiel, by the way, was born in Indiana. The New York businessman also linked Ted Cruz to Fidel Castro when he alleged that the politician’s father, Rafael Cruz, was with Lee Harvey Oswald distributing pro-Castro pamphlets in New York. Orleans before Oswald assassinated John F. Kennedy.

The November election is crucial for this nation. Will Cuban-Americans in Miami vote for a candidate who has made so many racist remarks against Latinos? And, more importantly, can they really support someone who thinks Miami coladas are too strong and their croquetas are just good?