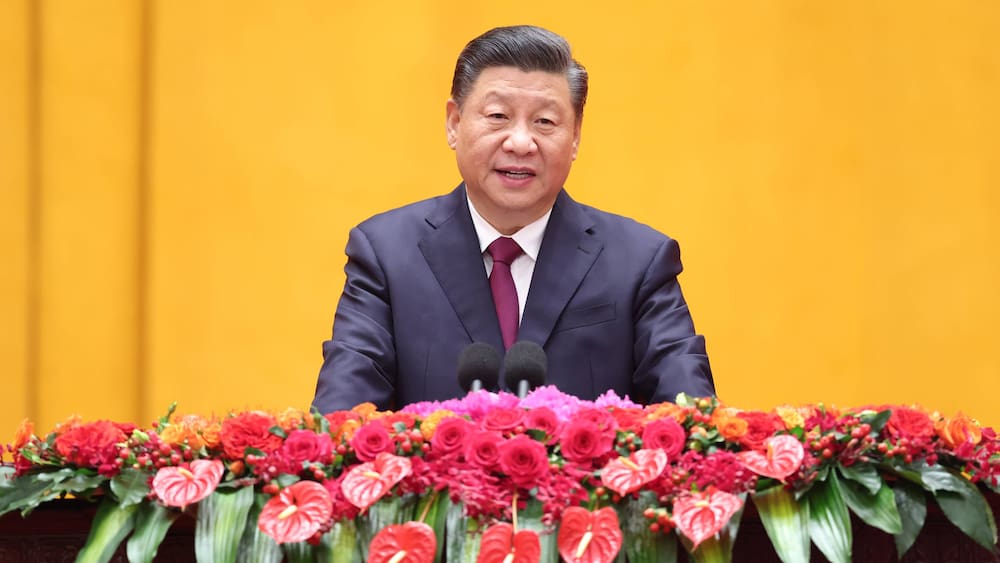 In addition to Putin, another superpower leader is now playing with guns. Chinese President Xi Jinping (69) carried out his threat and, following the visit to Taiwan of Nancy Pelosi (82), the majority speaker of the American House of Representatives, launched rockets in sea ​​and launched warships.

In addition, Xi imposed sanctions on Pelosi and his family members for interfering in China’s internal affairs and cut off dialogue with the United States on climate change and other issues.

A difficult package that the Chinese president has put in place. He does this to show his people and the Communist Party that he is the one dictating the international political agenda. This sign is especially important internally: his confirmation as party secretary is expected in the fall.

Even if there is little risk of re-election, he must ensure success. The pandemic has hit China hard and given the world a bad image as the suspected place of origin of the virus. The recently booming economy is faltering due to Xi’s stubborn containment policy.

Xi made his successful debut in 2012. Ralph Weber (47), a China scholar at the University of Basel, says: When Xi Jinping came to power, the Communist Party was in an alarming state. However, through a large-scale anti-corruption campaign and other measures, Xi managed to bring the party back on track and firmly anchor it in all areas of society.

However, what Xi heralded as a fight against corruption has led to a harsh crackdown on opposition figures. Under his leadership, the assimilation policy was implemented, the re-education camps and the persecution of Muslim Uyghurs and other minorities. Aggression towards Taiwan and Hong Kong has also increased.

Recently, 300 million schoolchildren, from primary school to university, have a new subject. It is titled Xi Jinping’s Thoughts on Socialism with Chinese Characteristics in the New Era Below the photo of Xi smiling, it reads: Grandfather Xi is very busy with his work. But he still participates in our activities and cares about us. Critics talk about the brainwashing of an entire people.

At the World Economic Forum in Davos in 2017, he presented himself quite differently. He advocated building a more open and inclusive global economy and presented himself as a strong supporter of globalization and free trade. Four years later, on the same occasion, he reaffirms his intention to develop the Six Concepts Peace, development, equity, justice, democracy and freedomt to follow.

Concentrated power until end of life

Xi Jinping’s second marriage to folk music singer Peng Liyuan (59) and the father of their 30-year-old daughter, Xi Mingze, was elected party leader in 2012. In order to expand his power, Xi made remove from the constitution the previous ten-year term limit as state president. Simultaneously accumulating power as General Secretary of the Communist Party, Chairman of the Military Commission, Chairman of the State and Head of many important bodies, Xi delves into the old days of dictator Mao Zedong (1893-1976), establishing a one-man rule for life as paramount chief.

Since Xi came to power, total surveillance in the world’s largest country with 1.4 billion people has increased. Thousands of cameras with facial recognition programs record movement in public spaces. When a suspicious person enters a hotel, buys a plane ticket or crosses a provincial border, an alarm is triggered.

He armed the army with hypersonic missiles, even more nuclear warheads and a state-of-the-art aircraft carrier. Today, it is almost as strong as the number one in the world, namely the United States.

Between Putin and the West

He made Russian President Vladimir Putin (69) his friend. So far, there has been no clear condemnation of the war in Ukraine. At the same time, Xi does not want to antagonize the West. Weber: The impression has become stronger that the People’s Republic of China is open to Russia in terms of rhetoric and perhaps also in terms of ideology, but does not want to risk its relations with the United States and the Europe.

The pressure on Xi is great. Most experts agree that war is unlikely. But it must be firm in what it does in the face of massive threats against Taiwan. He can’t do anything else if he wants to remain credible with his people and his party.