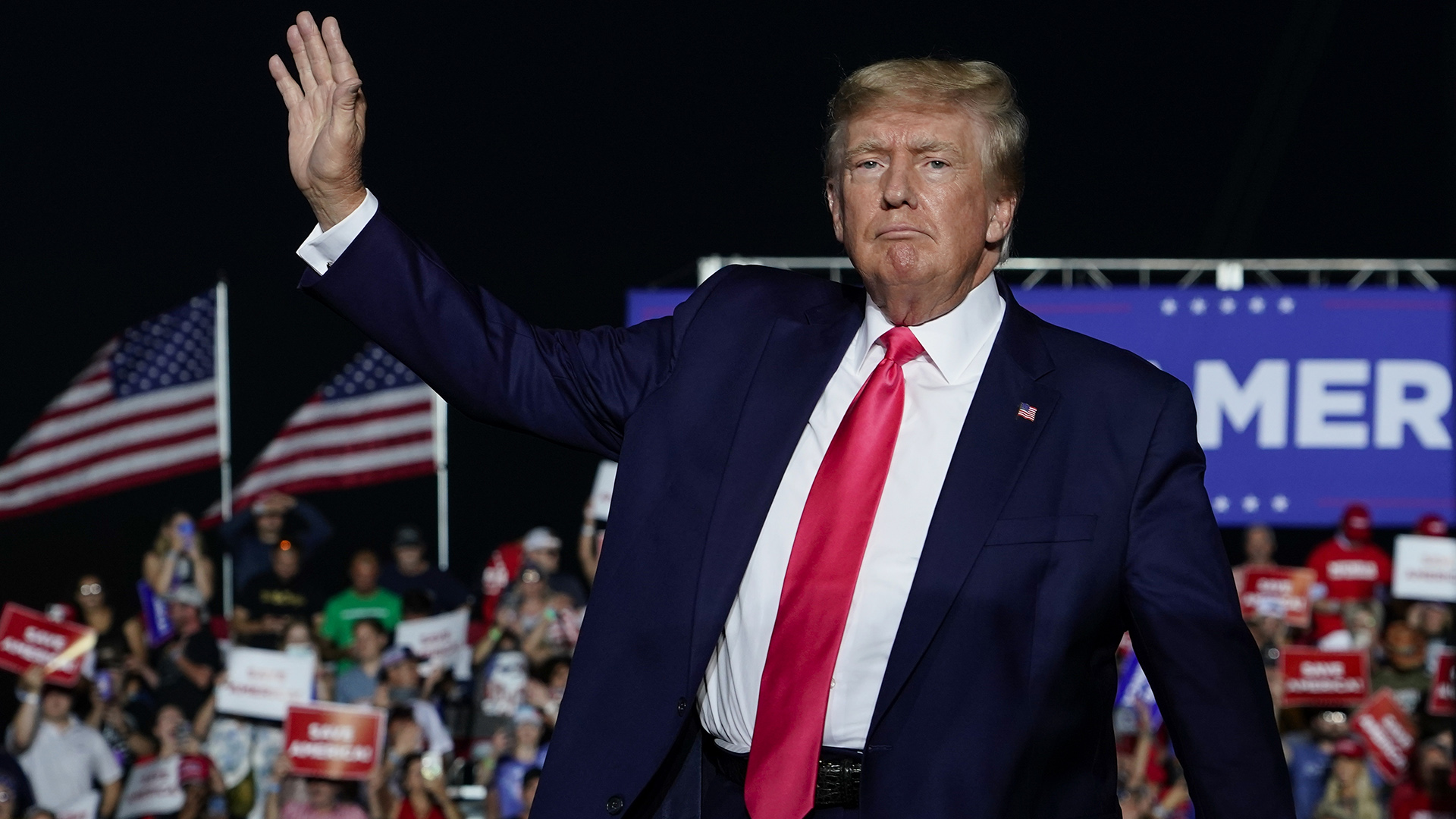 MADISON, Wis. (AP) The Republican hopes to reclaim a crucial gubernatorial seat in the swing state of Wisconsin in 2022, long seemed to rest on Rebecca Kleefisch, a former television news anchor who spent eight years as the heir apparent to the former Governor Scott Walker and has vowed to continue his strongly conservative policies. Then a wealthy construction company owner stepped in, put $12 million of his own money into the race and won the backing of Donald Trump.

Now Tim Michels is in a competitive race against Kleefisch ahead of the Aug. 9 primary to decide who will face Democratic Gov. Tony Evers in November.

The contest is part of a deepening proxy fight between Trump and his former vice president, Mike Pence, who has backed Kleefisch. And that could ultimately have implications for 2024, when Trump suspended the possibility of another White House bid and showed his willingness to pressure elected officials, including those in Wisconsin, to overturn the results. elections.

Michels has focused on shaping an outside candidacy bolstered by Trump’s endorsement while Kleefisch has embraced her establishment support as proof she’s a more reliable GOP pick.

Trump appeared with Michels at an Aug. 5 rally in Waukesha, in the heart of the conservative suburb of Milwaukee. Trump called Kleefisch a “career politician and political insider. I’ve known her for a long time. She’s the hand-picked candidate for the failing establishment, the RINOs.” It is a pejorative term meaning “Republican in name only”.

“Rebecca Kleefisch doesn’t have what it takes to beat Tony Evers,” Trump said. “He’s going to win if he shows up against Rebecca.”

Michels appeared on stage with Trump, but did not call for the cancellation of the 2020 election.

Both Kleefisch and Michels questioned President Joe Biden’s victory over Trump in Wisconsin in 2020, an outcome that has weathered recounts, lawsuits and criticism, but neither has taken up Trump’s campaign to pressure Trump to that these results be decertified.

Kleefisch called the 2020 election “rigged”, but said she would not consider decertification because “it is not constitutionally possible”. Michels initially called decertifying Biden’s 2020 win in Wisconsin “not a priority,” then later said “everything will be on the table.”

Michels and Kleefisch both want to abolish the current bipartisan commission that organizes elections in the state.

A third Republican gubernatorial candidate, State Rep. Tim Ramthun, has repeatedly called for decertification and made it the centerpiece of his long campaign.

Kleefisch has won support not only from Pence, but also from his former boss Walker, Texas Senator Ted Cruz, GOP leaders in the Legislative Assembly, 56 lawmakers, the state Chamber of Commerce, the Tavern League and the majority of county sheriffs in the state.

“I’m the one that’s tested and proven and ready to go,” Kleefisch said after Pence bragged about her during a stop in suburban Milwaukee on Aug. 3. “I’m the one that won four times statewide.”

Michels claims he is “not a politician”, but he has been a largely behind-the-scenes power player for decades and previously ran for the US Senate in 2004, losing to Sen. Russ Feingold. He was a regular contributor to Republicans, including Walker and Kleefisch.

Wisconsin is the third state where Pence and Trump have faced each other in gubernatorial races that have highlighted deep divisions over the future of the GOP. In Georgia, Pence-backed Governor Brian Kemp beat Trump’s pick, former Sen. David Perdue, by more than 50 percentage points. In the Arizona gubernatorial primary, former Trump-backed TV news anchor Kari Lake and Pence-backed businesswoman Karrin Taylor Robson were in a race that was too early to call 4 august.

The territory that attracted Pence and Kleefisch on Aug. 3 is the heartland of Republican Wisconsin and home to the top voters in suburban Milwaukee who will likely decide the fall election. It is also Kleefisch’s playground. Trump, whose support in the region has dwindled from 2016 to 2020, held his Aug. 5 rally for Michels just three miles from where Pence came for Kleefisch.

“There is no gubernatorial candidate in America who is more capable, more experienced, or more conservative than Rebecca Kleefisch,” Pence said, praising Kleefisch without mentioning Trump or Michels.

Kleefisch is a former Milwaukee television news anchor and teen beauty pageant contestant who entered politics in 2010 and won a five-way primary for lieutenant governor. After Evers beat Walker in 2018, Kleefisch began laying the groundwork for his own run.

She reminded Republicans of the battles she fought with Walker, when his proposal effectively ending collective bargaining led to massive protests in 2011 and ultimately a failed attempt to recall him and Kleefisch from duty. This cycle, she has focused on issues such as the introduction of a flat income tax, the expansion of school choice programs and increased investment in law enforcement.

Michels co-owns the state’s largest construction company, Michels Corp., with his brothers, and has spent nearly $1 million a week of his own money since entering the race. While he uses Trump’s endorsement as proof of his status as a foreigner, he’s also backed by Wisconsin’s ultimate Republican political insider, former four-term governor Tommy Thompson, who briefly flirted with his own race.

He flip-flopped when asked if he would support a Trump run in 2024, first declining to say, then 24 hours later saying he would back Trump for president. In an earlier debate, he didn’t seem to know what DACA Deferred Action for Childhood Arrivals, a highly controversial immigration program, stood for. And he’s been criticized for buying $30 million worth of properties in New York and Connecticut between 2015 and 2020 and splitting his time between Wisconsin and the East Coast, where his children attended and graduated from college. secondary studies.

Michels’ positions on the boards of various transportation-related industry groups have caused him heartburn, as Kleefisch seeks to link him to those groups’ past support for gas tax increases. Michels says he opposes a raise.

He also runs ads taking a strong stance against immigrants, even though he headed the board of a transportation group that opposed an anti-immigrant bill that would have barred companies that employ “foreigners.” illegal” to obtain government contracts.

As Republicans fight, Evers has raised more than $11 million in 2022 and stands as the only bloc against Republicans who want to overhaul elections for the 2024 presidential campaign and keep an 1849 state law in place. prohibiting abortions. Both Kleefisch and Michels support the ban and the law, which is being challenged in court by Democratic Attorney General Josh Kaul.

“I have a good record,” Evers said, pointing to the state’s 2.8% unemployment rate, increased funding for public schools, expanding rural broadband access. , an emphasis on road repairs and a 15% reduction in income taxes. “Let them bring.”