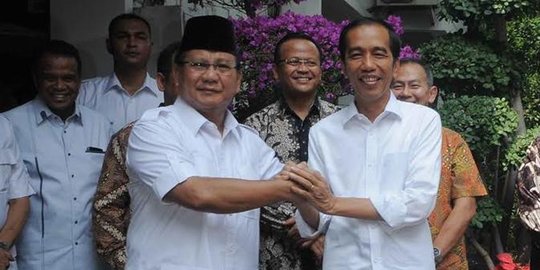 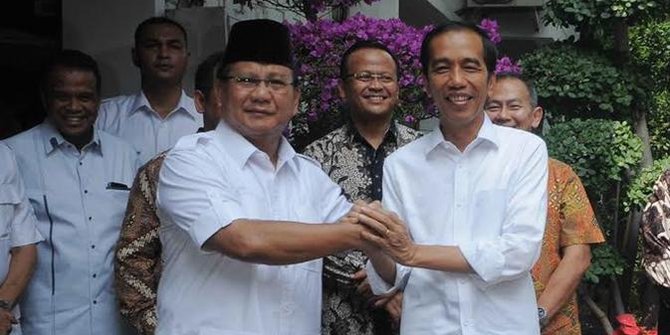 Merdeka.com – Defense Minister Prabowo Subianto praise the figure of President Joko Widodo or Jokowi. Jokowi he is considered one of the hard working leaders of Indonesia.

Indonesian political setting executive director Adi Prayitno guesses the praise Prabowo. He felt that currently, many personalities are fighting for the influence Jokowi for the 2024 presidential election.

“Currently, many personalities associated with the 2024 presidential election are fighting for influence Jokowi“, he said in a written message on Saturday (6/8).

reason, support Jokowi necessary because he is the kingmaker. Second, let’s hope that Jokowi’s electoral base can move in support of Prabowo.

“In the results of the political parameters survey, there is growing evidence that Jokowi’s electoral base is starting to support Prabowo,” he said.

Adi feels that Prabowo seems to want to be identified as “the person of Jokowi”. Prabowo also wants to show the public as the most loyal minister and have great admiration for Jokowi.

“It’s kind of a guarantee that after 2024, if Prabowo goes ahead and wins the presidential election, all of Jokowi’s legacy will continue in total,” Adi concluded.

Apparently the Minister of Defense Prabowo Subianto praises the figure of President Joko Widodo or Jokowi. According to him, Jokowi is one of the hard working Indonesian leaders.

“I am a witness, I see he is one of the hardest working leaders in Indonesia,” Prabowo said at the Army Pensioners’ Army Association (PPAD) national rally in Sentul, Bogor, West Java, Friday (5/8).

The party leader Gerindra This admitted that he was surprised by Jokowi’s spirit. He said Jokowi was very energetic, even though he looked thin physically.

“I don’t know where the energy is. He’s so skinny, but maybe because he’s thin, he’s energetic. He doesn’t stop. If I come to the Palace meeting, he got three meetings before I come,” he said.

Prabowo also hailed the composition of Indonesia’s Advanced Cabinet. According to him, Jokowi is capable of mustering a great ministerial figure.

Prabowo’s admiration for the composition of the advanced Indonesian Cabinet was conveyed to the Coordinating Minister for Maritime Affairs and Investment, Luhut Binsar Pandjaitan. This was conveyed when Prabowo had just been sworn in as Defense Minister.

He admitted that the character who filled Indonesia’s Advanced Cabinet was the nation’s best son and daughter. Although they come from different backgrounds, both religion, ethnicity and race.

Nearly three years as minister since being sworn in on October 23, 2019, Prabowo believes the Indonesian government is on the right track. The government has only to march towards its objectives.

“We are on the right track, we are moving towards what we have to accomplish. And brothers and sisters, it’s true that we are a rich country, but how do we manage it, how do we manage this wealth. Alhamdulillah, we see this is proof that my decision to join is the same. President Joko Widodo, it turns out my decision was not bad,” he said. [fik]

Read also :
Puja praises Prabowo analysis in Jokowi, hopes for support in 2024 presidential election
Leaked confession from Prabowo to Luhut about Jokowi
The story of Sandiaga when President Jokowi was appointed Menparekraf
Prabowo admits he was ridiculed a lot when he joined Jokowi’s cabinet
Prabowo praises Jokowi: he is one of Indonesia’s hardest working leaders
Prabowo Subianto: I became Defense Minister because of Mr. Luhut
Prabowo confesses to Luhut: if he becomes president, he wants to have a cabinet like Jokowi